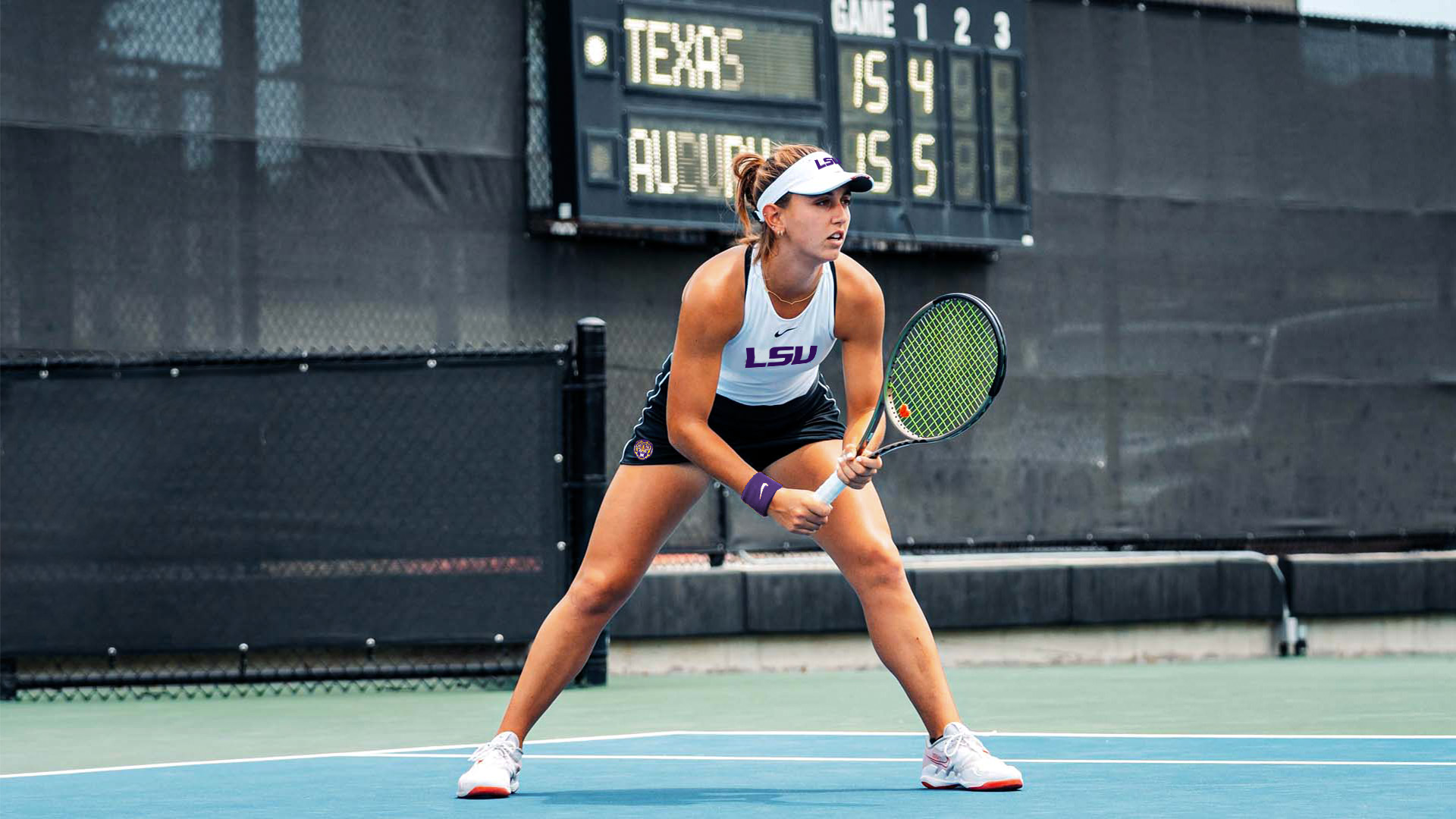 Berkeley, Calif. – Junior Kylie Collins won two qualifying matches on Monday and Tuesday to qualify for the main draw of the ITF W60 Berkeley at the Berkeley Tennis Club.

Collins, a new Tiger who transferred from the University of Texas, began her campaign on Monday as she drew Shatoo Mohamad in the first round of qualifying. Collins played a strong first set and won by a score of 6-3 before repeating the scoreline in the second to clinch a straight set victory and advance to the next round. The win was her fifth in ITF tournaments on the year, and it came over an opponent who has ranked as high as 760 in the ITF singles rankings.

The second round of qualifying took place on Tuesday and saw Collins face Jada Myii Hart. The LSU Tiger opened the first set with a strong 6-2 win. The second set was a closer affair, but Collins was able to hold on and grab a 6-4 to book her spot in the singles main draw that starts on Wednesday. The win is a fantastic one over Hart, who was a four-time ITA All-American in her collegiate career at UCLA and boosts a current ranking of No. 775 in the ITF singles rankings.

Collins will start in the Round of 32 main draw on Wednesday as she takes on Sachia Vickery, who is currently ranked No. 173 in the WTA singles rankings. In addition to competing in the singles main draw, Collins will also team up with Elysia Bolton and compete in the doubles main draw against Elvina Kaileva and Peyton Stearns.