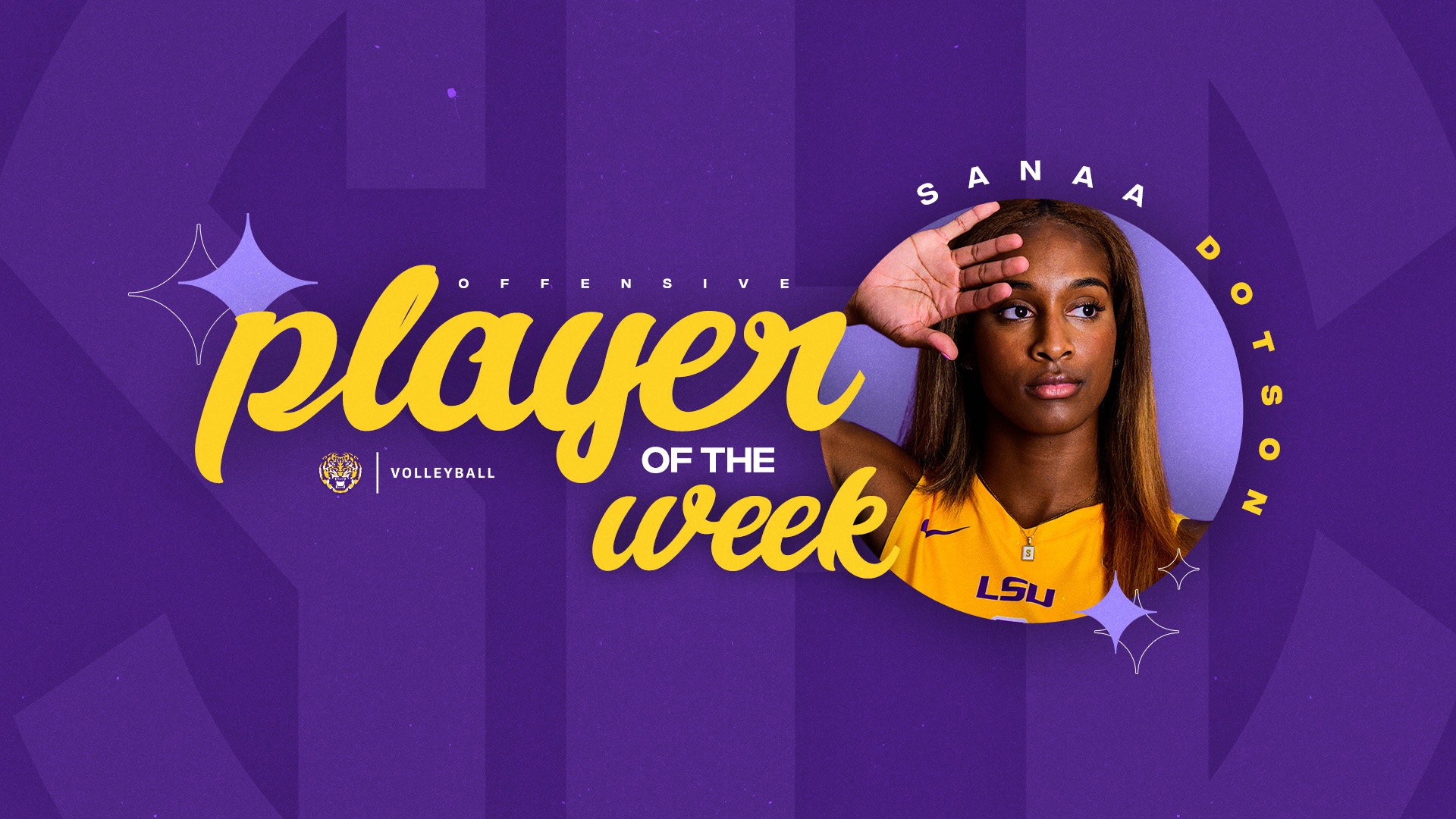 BIRMINGHAM, Ala. – Outside hitter Sanaa Dotson has been named the Southeastern Conference (SEC) Offensive Player of the Week announced Monday afternoon by the league office.

Dotson earned her first career SEC weekly award after leading the Tigers with 5.00 kills per set (30 total) and averaged a .324 hitting percentage in back-to-back sweeps over Oregon State and Tulane at the Tulane Invitational in New Orleans. After leading the team with 14 kills against Oregon State, Dotson led Tigers with 16 kills in the sweep over Tulane, registering a .324 hitting percentage and an ace in both matches. Dotson was named to the Tulane Invitational All-Tournament Team.

LSU is gearing up for a battle against No. 24 Arkansas to open SEC play on Wednesday, September 22 at the Pete Maravich Assembly Center.