The Tigers boast six players in the Baseball America Top 500 list of MLB draft prospects, the most of any school in the country. 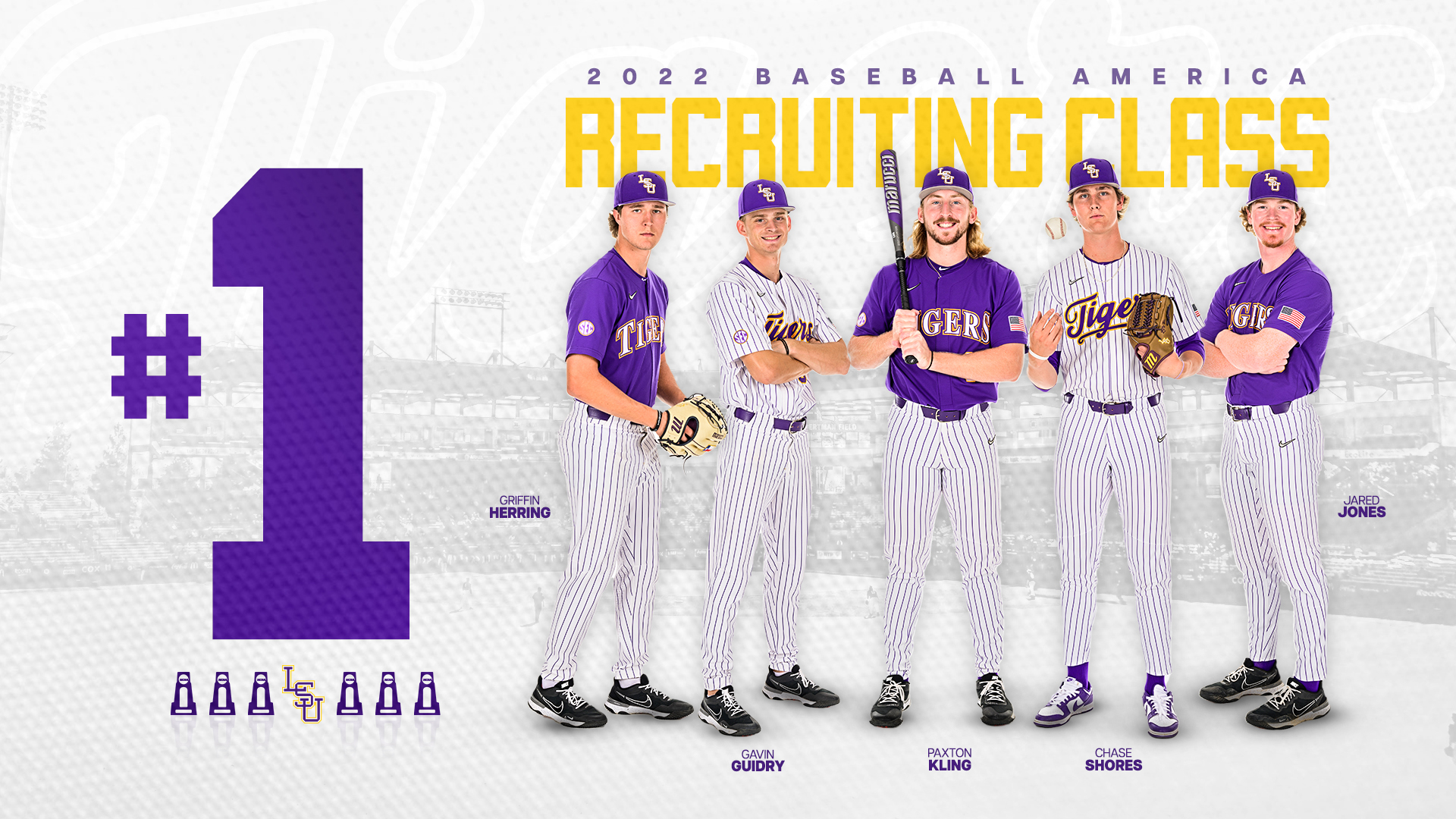 The Tigers boast six players in the Baseball America Top 500 list of MLB draft prospects, the most of any school in the country.

The Tigers’ class of newcomers are currently engaged with their LSU teammates in conditioning drills and individual workouts. LSU begins its full-squad fall practice period on Friday, October 7.

After Jay Johnson and his staff were hired last summer, they went to work and supplemented what was already a strong recruiting class with more high-end talent. The result is that even after losing five commits on the first day of the draft, LSU still brings in more players ranked as top-500 draft prospects than any other school. This is the Tigers’ third No. 1 class in the 23-year history of the rankings and their first since 2018.

Below is an excerpt of Baseball America’s analysis of some of LSU’s top new players:

Catcher Brady Neal graduated high school a year early and was one of the youngest players in the draft class. He has a compact left-handed swing and good bat-to-ball skills, though he doesn’t project for big power. He’s a good athlete, receives well and has solid arm strength, all tools that play well behind the plate.

Gavin Guidry has two-way ability as a shortstop and right-hander. His defensive ability, well above-average speed and promising right-handed bat all stand out for him as a shortstop. On the mound, he throws his fastball in the low 90s and pairs it with a promising slider. His future is likely as a position player, but he did attract attention as a pitcher as well.

Outfielder Paxton Kling was rated as a top-five round pick before he formally opted out of the draft. He stands out for his feel for hitting and polish offensively. He’s an above-average runner and can hit for power as well. He could step right into the lineup at LSU and could be the center fielder of the future.

Listed at 6-foot-4, 230 pounds, catcher Jared Jones is big and physical and has huge power potential. Though he’s a right-handed hitter, his size invites comparisons to Joe Mauer and while catchers of that size are rare in the big leagues, he’ll get the chance to handle the position at LSU.

Catcher Ethan Frey gives the class even more depth behind the plate, though he also has the athleticism to play the outfield or first base. His combination of raw power and arm strength is his calling card.

Right-hander Jaden Noot is big and physical, at 6-foot-4, 235 pounds, and he has a loose, easy delivery. His fastball gets into the mid 90s, touching 97 mph, and plays up thanks to its hard, running life. He mixes in a slider and a changeup, but neither is as advanced as his fastball. He throws a lot of strikes and has upside as a starter.

Right-hander Chase Shores has a huge frame at 6-foot-8, 250 pounds and a powerful arm, running his fastball up to 97 mph. He throws from a lower three-quarters slot and gets good riding life on his fastball, which he combines with a sharp, biting breaking ball and a promising changeup. It’s easy to dream on Shores thanks to his size, stuff and athleticism.

Right-hander Aiden Moffett has a big build and a powerful fastball that has made a jump in the last year, reaching 97 mph. There’s some effort in his delivery, but with a big arm, a hard curveball and a changeup, his upside is significant.

Lefthander Griffin Herring stands out for his pitchability and throws a lot of strikes with his three-pitch arsenal.

The entire Top 25 Baseball America recruiting ranking, including an analysis of each school’s class, may be found at www.baseballamerica.com.