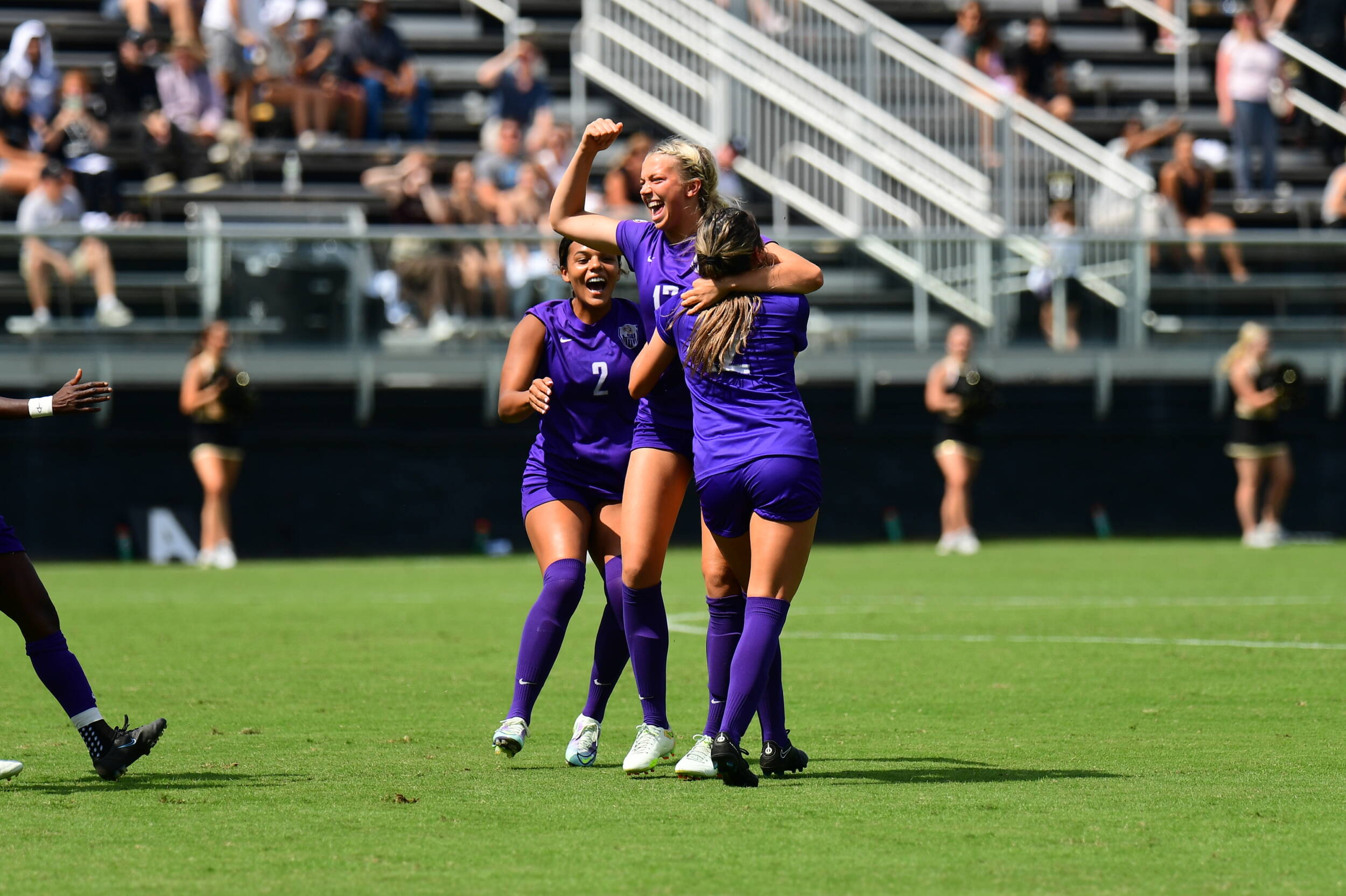 Defender Lindsi Jennings opened the scoring on the day in the 13th minute as she converted a header sent in by fellow captain Shannon Cooke. Vanderbilt equalized in the 39th minute as Peyton Cutshall’s superb long-range effort beat the goalkeeper. The winning goal came  in the 57th minute as midfielder Ida Hermannsdottir’s direct free kick from 25 yards out landed in the bottom-left corner.

“Really pleased to start SEC play with a win,” head coach Sian Hudson said. “Any time you get three points on the road in the SEC is a good thing. The players adjusted well to what we asked and seeing them respond well after last week’s defeat this week was great as well.”

This is the Tigers first win over the Commodores since 2013 and the first win under head coach Sian Hudson.

LSU opened the game on the front foot and were rewarded with a goal 13 minutes in. After a corner was sent in, the ball fell on the left side of the box to Cooke. Cooke took a touch and sent a cross to the back post that found Jennings, who headed home the ball into the back of the net. The goal gave LSU a 1-0 lead and LSU’s co-captain earned her first goal of the season. For fellow captain Cooke, the assist marks her first of the season and fourth of her collegiate career.

The rest of the first half saw both teams unable to take control of the game and create chances on goal. The Commodores equalized in the 39th minute when Cushall received a pass 20 yards from goal. The Vanderbilt player sent a strong shot on a half-turn that looped above Swift and landed in the back of the goal. The goal was the final significant event in the first half and the score was 1-1 at the halftime break.

The second half started with both teams vying for control. Forward Mollie Baker had a shot from the top of the box parried away by Vanderbilt goalkeeper Kate Devine in the 51st minute while LSU goalkeeper Mollee Swift denied Cutshall a second goal with an outstretched right hand.

The Save From 1️⃣

The go-ahead goal came in the 57th minute. Midfielder Jordan Johnson was fouled outside of the box and won a free kick that sat 25 yards out from goal. Hermannsdottir stepped up and unleashed a right-footed effort that went above the wall and sped past Devine and into the bottom-left corner. Hermannsdottir’s goal marked her fifth of the season and LSU’s first goal from a direct free kick this season.

The Tigers limited the Commodores chances the rest of the match. Vanderbilt was unable to register a shot on goal and LSU locked up the midfield and finished strong to secure a 2-1 win on the road to start conference play.

In the shot battle, Vanderbilt outshot LSU by a margin of 11-9 while the Tigers had more shots on target, 5-2. The possession battle was almost all-even, with Vanderbilt narrowly winning by a margin of 51% to LSU’s 49%.

The Tigers return to the LSU Soccer Stadium for the first home SEC match of the season to take on Missouri at 6 p.m. CT on Thursday, September 22.