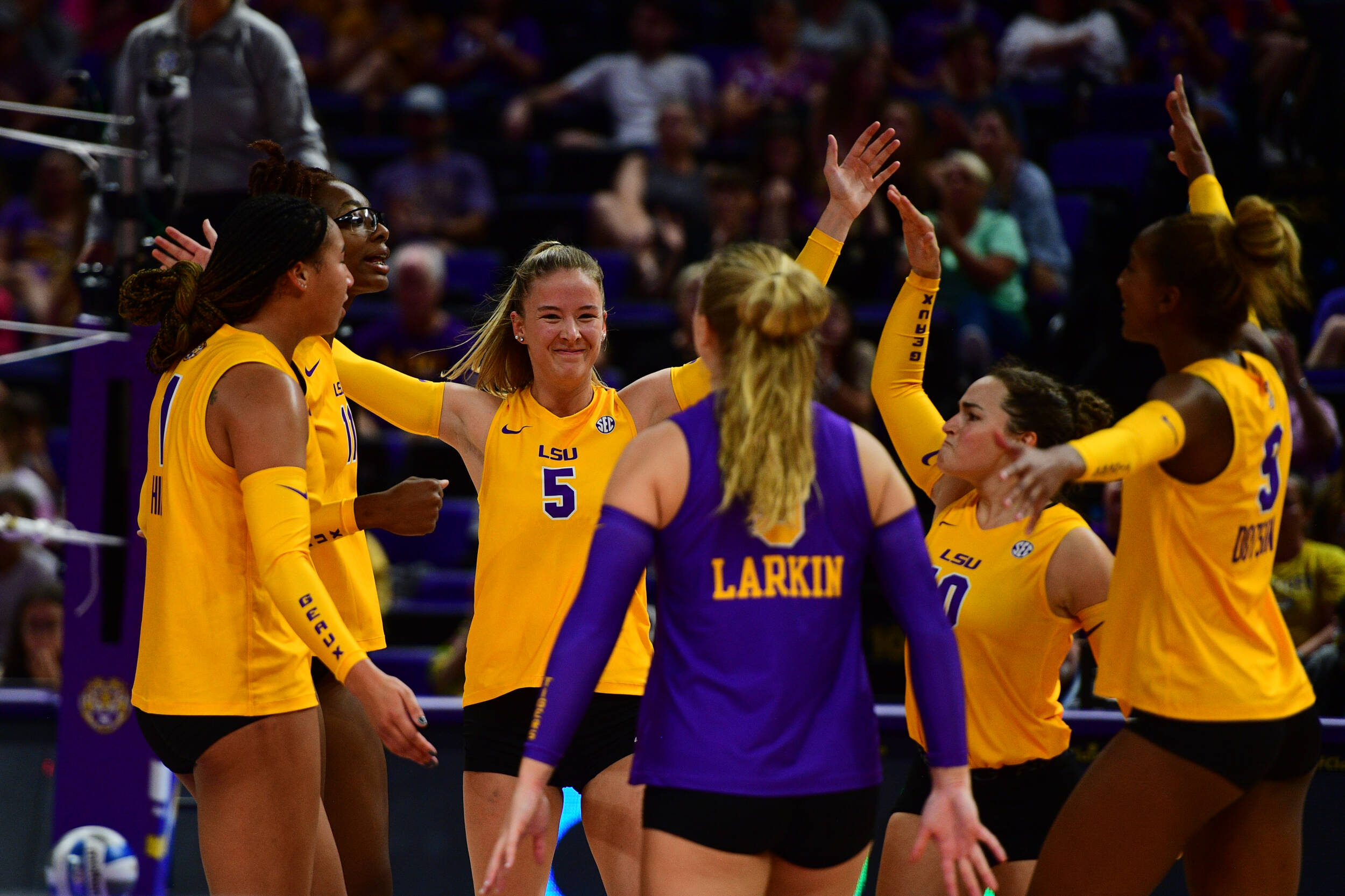 “We competed well,” said head coach Tonya Johnson. “I knew Tulane would come out with a lot of energy, but our kids did a good job of not being too high or getting too low. We came out and played steady against them [Tulane]. This weekend overall, we did some great things defensively and was able to get our middles involved which is something we have been trying to make happen for the last two or three weeks. It was a good way to close out our non-conference schedule.”

Dotson hit .324 for the second consecutive match and recorded 16 kills. She also matched a game-high nine digs with defensive specialist Jill Bohnet and Larkin and had one ace in the win. Jacobs logged a career-high .667 hitting percentage behind 10 kills on 15 errorless swings and had two blocks.

Setter Josie Vondran directed the Tiger offense with 23 assists, while freshman Maddie Waak had 13 assists in the win. Both Vondran and Waak had one ace.

LSU opens SEC play with a 7 p.m. match against Arkansas on Wednesday, Sept. 21 at the Pete Maravich Assembly Center in Baton Rouge, La.