Tigers set to open SEC play in Tiger Stadium against Mississippi State in front of a nationally televised audience on ESPN. 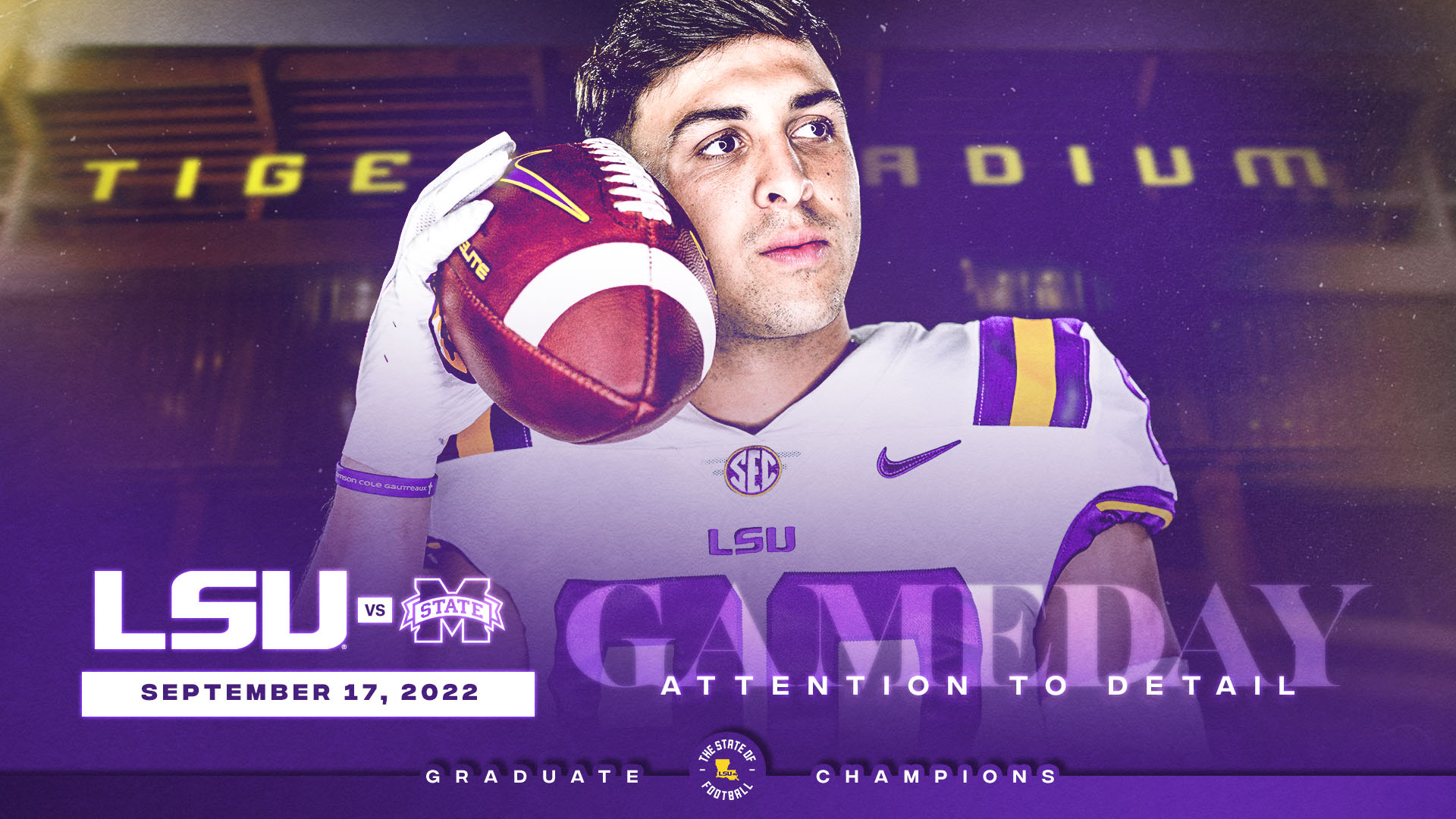 Kickoff is set for 5:01 p.m. on ESPN and the LSU Sports Radio Network.

Quarterback Jayden Daniels has led LSU to eight consecutive touchdown drives, coming off another impressive performance against Southern, going 10-for-11 for 137 yards and four touchdowns (3 pass, 1 rush) in just over a quarter of play.

His three years of starting experience is noticeable, Kelly says, when he comes to the sideline, calling him “extremely coachable.” Daniels, who leads the SEC in passer rating among qualifying quarterbacks (177.31), will start his 32nd FBS game on Saturday, experience that will be an asset for the Tigers as the SEC schedule kicks off.

“I think you start with efficiency with Daniels,” Kelly said Monday. “His ability to keep eight drives alive consecutively and turn them into touchdowns – I think that’s a great place to start. There’s still growth there, and he would tell you that if he was standing here.”

The running game caught its footing as Armoni Goodwin rushed for 7.1 yards per carry against the Jaguars, posting 85 yards total on 12 carries for two touchdowns. That will continue to improve as LSU adds experience and production with the return of senior John Emery, who will see his first action of the season with the Tigers.

“We’re excited about getting John back,” Kelly said. “It’s been a long run, in terms of getting a chance to get out and play for LSU. He’s worked hard to get back into this position, and now he gets an opportunity.”

Malik Nabers, who leads the team in receptions (8) and receiving yards (123) posted three catches for 81 yards with a touchdown last week. Sophomores Brian Thomas Jr. and Jack Bech also caught touchdown passes, adding to a prolific day of 320 total yards for the unit.

Garrett Dellinger will serve as the offensive representative for captain this week, alongside Ali Gaye, BJ Ojulari and Mike Jones Jr.

Senior linebacker Micah Baskerville is expected to see a larger role this week for his ability in pass coverage and prior success against Mississippi State’s air raid offense.

“This game is taylor made for his skillset,” Kelly said on Baskerville. “He’s really good in pass coverage. His blocked punt was like teach tape. It was awesome. He’s a smart, savvy football player, and makes us better when he’s on the field.”

The Bulldogs are led by junior quarterback Will Rogers, who has accounted for an SEC-leading 763 passing yards and nine touchdowns through two victories against Memphis and Arizona. Defensively, MSU returns three talented starting linebackers from a year ago with Tyrus Wheat, Jett Johnson and Nathaniel Watson.

“He’s all over the field,” Kelly said on Wheat. “You’re going to see him in a number of different positions – linebacker, he can play a stand up, he’s going to be moved around. He’s a guy that can wreck your day if you don’t know where he is, so it’s a great challenge for our football team.”

A new beast presents itself with the dawn of SEC play, but the Tigers are ready to build on last Saturday’s win – the first of the Brian Kelly era.

“Now we step up in competition,” Kelly said. “You have to be intentional about everything you do in preparation.”