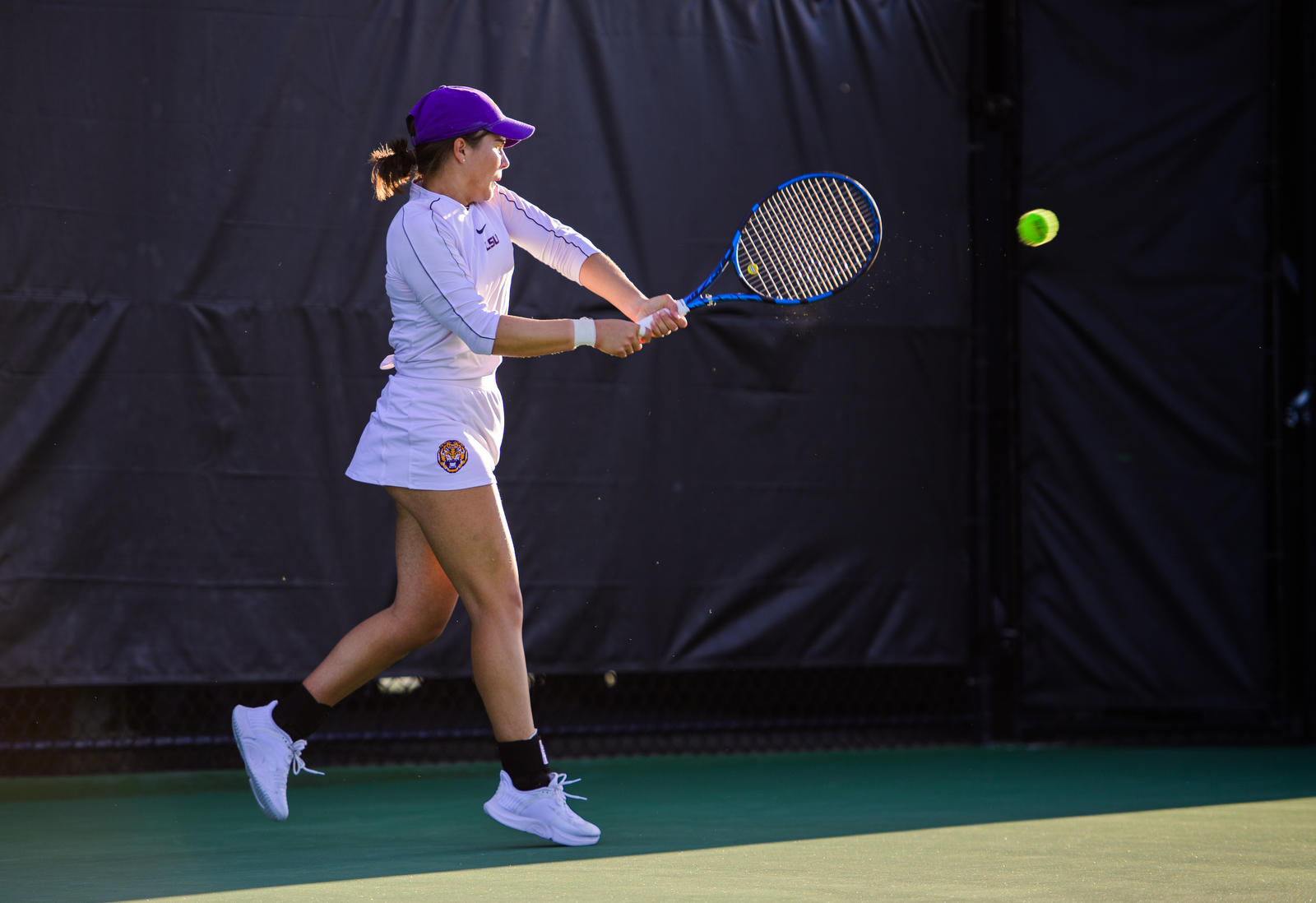 CHARLOTTESVILLE, Va. – The LSU women’s tennis team will kick off the 2022 fall campaign on Friday morning when they participate in day one of the Wahoowa Invitational, hosted by the University of Virginia at the Virginia Tennis Complex.

The Wahoowa Invitational is set to run from Friday, September 16, to Sunday, September 18. LSU joins host team Virginia, Auburn, Illinois, North Carolina State, Old Dominion, Princeton, and West Virginia in playing in the tournament. There will be three waves of matches each day. On Friday and Saturday, matches will begin at 9 a.m., 12 p.m. and 3 p.m., all central time. On Sunday, the matches will start at 8 a.m., 11 a.m. and 2 p.m. CT. The Tigers are scheduled for the 9 a.m. CT groups on Friday and Saturday before concluding the weekend in the 11 a.m. CT group on Sunday.

Live stats and video will not be available. Results will be posted on Twitter, @LSUWTen, and on lsusports.net once results are finalized.

Junior Kylie Collins joins the Tigers after two successful seasons at the University of Texas. The freshman class sits at three, with Noor Carrington, Maddie Scharfenstein, and Nikita Vishwase all looking to make their debut in Purple & Gold this fall.

Ranked Tigers
The LSU women’s tennis team had two players named in the ITA Preseason Rankings. Junior Kylie Collins was ranked No. 24 in the singles ranking and was joined by senior Safiya Carrington, who checked in at No. 94. The two Tigers also were ranked in the doubles ranking together at No. 59.

Collins, an ITA Doubles All-American in 2021 and Singles All-American in 2022, enters her first season in Baton Rouge after transferring from the University of Texas and starts in singles at No. 24. Collins’ 2021-22 campaign was her most successful one in singles play yet as she posted a 27-11 overall record while playing at the No. 2 singles spot for the Longhorns. Collins received a bid to the 2022 NCAA Singles Championship, where she made a run to the Round of 16 and was named an ITA Singles All-American following the conclusion of the season.

Carrington has been a staple in the ITA rankings since arriving on campus in the fall of 2019 and starts the year at No. 94. Carrington grabbed 11 wins in singles play last season, including four against nationally ranked foes. The South Hadley, Massachusetts native was named Second Team All-SEC and First Team All-Louisiana for her efforts.

The new pair also earned a spot in the doubles ranking at No. 59. Collins’ doubles resume is highlighted best from her freshman campaign in 2021, where she and her partner Lulu Sen were a dominant duo at the No. 1 doubles spot as they posted a 22-4 record enroute to Texas capturing the 2021 NCAA National Championship. In the NCAA Doubles Championships, the duo made a run to the final round before falling in a three set, ten-point tiebreaker by a score of (3)6-7, 6-4, 8-10. Collins’ doubles play joins Carrington, who has picked up 28 wins in doubles over three years of play while representing the Tigers at the No. 1 and 2 doubles courts.