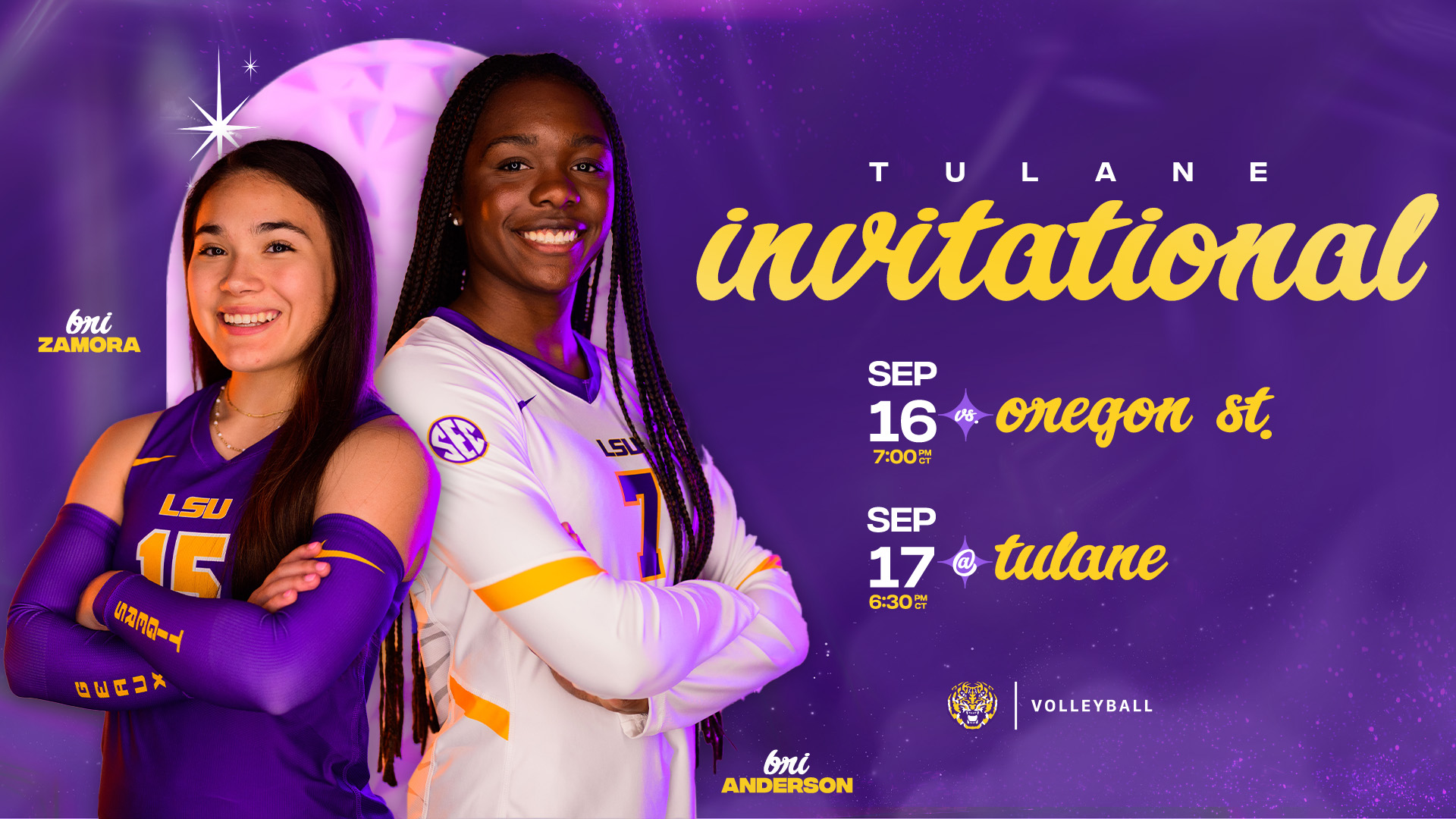 BATON ROUGE, La. – The LSU volleyball team (4-4) will conclude the non-conference portion of its 2022 schedule at the Tulane Invitational Sept. 16-17 at the Devlin Fieldhouse in Uptown New Orleans.

The Tigers take on Oregon State (4-4) at 7 p.m. Friday and will end the tournament with a 6:30 p.m. match Saturday against Tulane (5-4). Only the match against Tulane will be streamed on ESPN+.

Libero Ella Larkin is the SEC leader with 141 total digs and 4.86 digs per set. Middle blockers Alia Williams and Anita Anwusi leads the team with 1.03 blocks per set and 1.00 blocks per set, respectively.

Josie Vondran and Maddie Waak both handle setter duties for the Tigers. Vondran is averaging 7.52 assists per set (141 total) and has 23 total kills, 12 blocks and six aces. Waak is averaging 5.71 assists on average (120 total) with seven aces, four kills and four blocks.

Oregon State has won four of its last six matches after opening the season with a pair of losses. OSU posted a 2-1 weekend at the Asics Invitational in Corvallis, Ore. with wins over North Texas and Portland. The Beavers are hitting just .190 behind 12.72 kills per set on the season but ranks No. 2 in the Pac-12 with 14.97 digs per set and has 2.50 blocks per set to hold its opponent to a .199 hitting percentage.

Tulane is coming off a 2-1 weekend at the Santa Clara Tournament in California where they knocked off Fresno State in four sets and Santa Clara in five sets. The Green Wave are 1-2 at home this season after their Green Wave Classic Tournament Sept. 2-3. TU is averaging 12.60 kills per set and hitting .234 this season, although they allow its opponents a .261 hitting percentage and 13.03 kills per set.

Outside hitter Makenzie Martin leads the team with 3.26 kills per set, hitting .245 and has seven aces on the season. Outside hitter Amarachi Osuji is next with 2.36 kills per set and adds 13 total blocks with nine of them being solo blocks. Middle blocker Kayla Kaiser, who is averaging 2.34 kills per set behind a .352 hitting percentage, leads the American Athletic Conference with 16 aces. She also paces the Green Wave with 14 total blocks. Setter Kate Van Houten has 8.29 assists per set, 28 kills, eight aces, five blocks and 2.09 digs per set this season.

LSU and Oregon State go head-to-head for the second time in the all-time series history. The Tigers defeated the Beavers last season in four sets. The Tigers are 46-21 all-time against the Green Wave. The two teams will meet for the first time since 2019 when Tulane claimed a four-set victory over LSU. The clubs have exchanged wins and losses over the last seven contests.