LSU soccer freshman midfielder Ida Hermannsdottir, a native of Iceland, has made an instant impact upon the Tigers' program since her arrival in Baton Rouge. 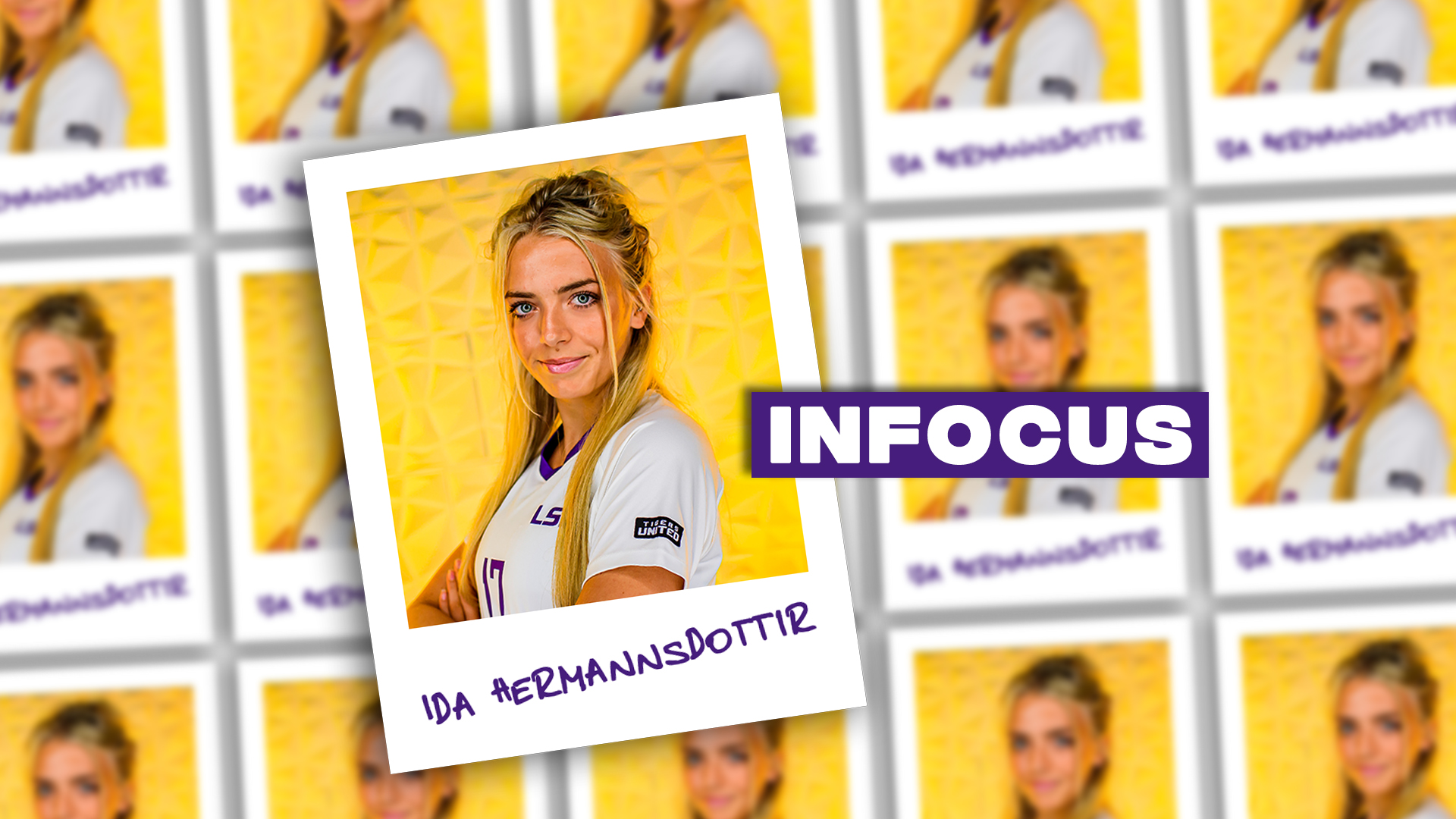 LSU soccer freshman midfielder Ida Hermannsdottir has made an instant impact since her arrival in Baton Rouge. However, she wasn’t quite prepared for the often sultry Louisiana weather.

“I had to buy loads of clothes when I got down here,” Hermannsdottir said, “I had no shorts.”

Hermannsdottir, a native of Reykjavik, Iceland, wasn’t used to Louisiana’s extremely high heat and humidity levels, as she was accustomed to the cold, snowy climate of her home country.

“It’s very hot and humid here, so much so that I find it hard to think sometimes,” she described. “It’s a lot different from home where there is snow and ice, and I can think clearly.”

Hermannsdottir might be struggling to adjust to the unique Louisiana climate, but her play so far this season shows she has had no struggle adjusting to playing soccer in the SEC. Simply put, Hermannsdottir doesn’t like to overcomplicate things on the pitch.

“I just play football,” she said.

Clearly, it’s working, as she currently leads LSU with ten points and is tied with Alesia Garcia for a team-leading four goals in just eight games.

In the Tigers’ 3-1 win versus Grambling on September 2, Hermannsdottir netted her first collegiate brace (2 goals) and recorded an assist. Her first goal in the 27th minute of action was a 24-yard longshot that almost took the roof off the net, a goal that not only gave LSU a 2-1 first half lead, but also sent the Tiger faithful into a frenzy.

Before Hermannsdottir made it to campus, she played for two different professional clubs in Iceland. She even recorded a few appearances in not only the UEFA Women’s Champions League – which is the pinnacle of competition for European teams – but also for the Iceland Women’s National Team.

Hermannsdottir did not just grow up around the game of soccer. She practically lived it, as she spent her early years in England with her father, Hermann Hreiðarsson, who played in the English Premier League for 15 years for five different clubs. Her mother, Ragna Lóa Stefánsdóttir, also played soccer professionally for more than a decade. During Stefánsdóttir’s international career with the Iceland Women’s National Team, she recorded 35 appearances and even served as a team captain.

“I was born in England because of my dad playing in the Premier League,” she explained. “Over the summer, I’d go every day with my dad to the gym with all the players, and I would be there all day. I enjoyed it so much, and I knew that football what was I wanted to do. It was so cool to see what it was like to be a professional.”

She even went as far to challenge every single one of her dad’s teammates to a pull-up competition.

“I was good at pull-ups, so I would challenge players to see who could do more pull-ups, and I could (do more),” she said with a smile.

Hermannsdottir wisely listened to her younger self and became known as one of the bright young talents in Icelandic football. However, she was faced with a choice. Stay in Iceland and continue to play professionally, or start fresh with a move to America and a chance to play NCAA soccer?

“It took a long time for me decide,” she said, however, she ultimately settled on taking the risk of coming to the United States.

Once she made her decision, LSU head coach Sian Hudson reached out to Hermannsdottir to see if she was interested in playing for the Tigers. After the initial conversations, Hudson and her staff flew out to Iceland to watch her play.

“They (Sian and the staff) are so, so smart, they know exactly what they are doing,” she said. “I thought that this (LSU) would be good environment for me to grow as a player.”

Hudson described Hermannsdottir as a “technician” with both elite passing and shooting skills.

With the season now in full swing, Ida is confident that she and her fellow Tiger teammates can work together to accomplish the next big goal on the docket: an SEC title.   “I couldn’t have asked for a better team,” she said, “everyone is on the same page.”