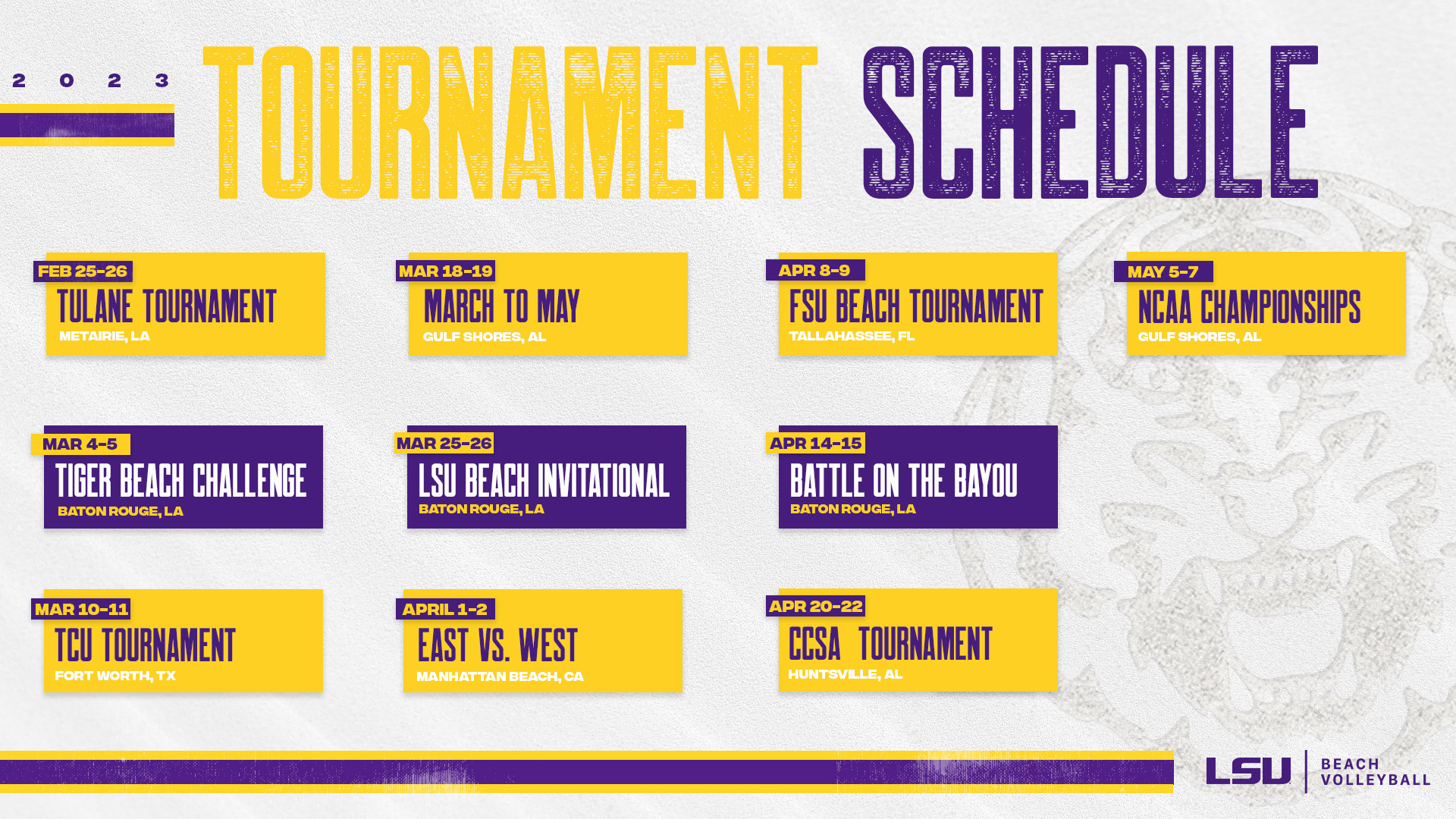 This will mark the 10th season of LSU Beach Volleyball. Throughout their first nine seasons, LSU has solidified itself as one of the premier beach programs in the nation. The Tigers have made it to five consecutive NCAA Championship Tournaments, reached the No. 1 ranking during the shortened 2020 season and will enter year 10 having been inside the AVCA Top-10 for 64 consecutive polls – every poll since the final week of the 2016 regular season.

LSU will begin its season at a Tulane tournament on February 25-26 before hosting the Tiger Beach Challenge the following weekend, March 4-5. The Tigers will be on the road the following two weeks, at a TCU tournament from March 10-11 and then at the March to May in Gulf Shores, March 18-19. The Tigers will be back home for the LSU Beach Invitational on March 25-26 before their annual trip out west for UCLA’s East vs. West Tournament on April 1-2 on Manhattan Beach. LSU’s final road trip of the regular season will be from April 8-9 in Tallahassee at a Florida State tournament. The regular season will wrap up April 14-15 at LSU’s Battle on the Bayou.

LSU’s opponents at each tournament throughout the season will be announced on a later date.

The CCSA Tournament will be back in Huntsville, Alabama from April 20-22.

The NCAA Championship will be back in Gulf Shores in 2023 and 2024 before moving to Huntington Beach, California the following two seasons. The championship format will be new for the second consecutive season as the event moves to a 16-team, single-elimination tournament, moving away from having a double-elimination component.