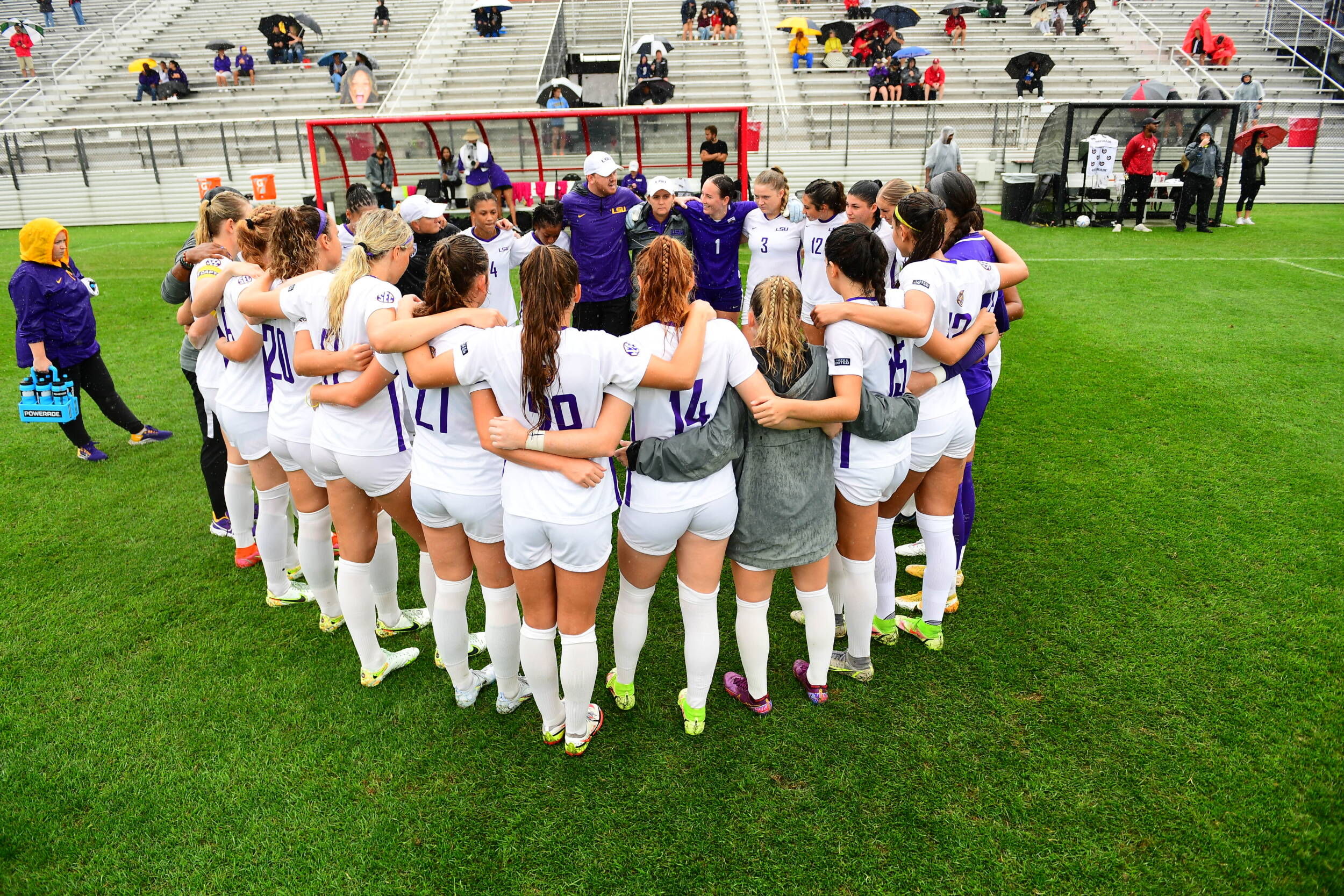 LSU took an early lead in the 5th minute as forward Alesia Garcia pounced on a loose ball and placed the shot into the back of the net. The lead was doubled seven minutes later as midfielder Ida Hermannsdottir sent a powerful ground shot into the bottom left corner.

Rutgers grabbed their first goal in the 50th minute as Sam Kroeger scored with a powerful shot into the top right corner. The Scarlet Knights equalized in the 74th minute when Kylie Daigle curled a fantastic long-range effort into the top right corner. In the 85th minute, Kroeger secured a brace and grabbed the game winning goal with a left-footed effort that found the back of the net.

“Disappointed to lose after going two goals up,” head coach Sian Hudson said. “Their second half performance just showed they’re worthy of where they are as a program and in the rankings. I’m proud of the team and their efforts for coming on the road and playing a team that’s unbeaten and was in the Final Four last year. It shows our team just how close they are (to that level) and can help build the belief to take that next step and bury teams of this quality after going up.”

The first half was a dominant display from LSU, who came out on the front foot and was rewarded with an early goal. Forward Angelina Thoreson found space on the right-hand side and sent a strong shot on goal. The shot was saved, but the loose ball fell into the box and was met by Garcia with a rebound goal. The goal is Garcia’s fourth of the season while Thoreson grabbed her fourth assist of the season, a team-high.

Seven minutes later, the Tigers took a 2-0 lead thanks to Hermannsdottir. Hermannsdottir intercepted a ball in the final third and dribbled into the box, where she hit a right-footed effort that beat the Scarlet Knights’ goalkeeper and landed in the bottom left corner. The Icelandic international’s goal marked her fourth of the season, which ties her with Garcia as the team’s leading goalscorer.

LSU goalkeeper Mollee Swift picked up saves in the 2nd and 41st minutes. The Tigers were the better team on the half as Rutgers remained limited in chances created and the away team went into the halftime break with a 2-0 lead.

Rutgers made adjustments and came out of the break and only took five minutes to strike. Riley Tiernan sent a cross into the box that found Kroeger, whose powerful shot on goal beat Swift and landed into the back of the net to make it 2-1 on the afternoon.

It became all-even at 2-2 in the 74th minute. Giana Romano laid off a simple pass to Daigle, who took a touch and sent a powerful shot from 25 yards out that hit the underside of the crossbar and landed in the back of the net.

Rutgers found the game winner in the 85th as Kroeger doubled her tally on the day. Kroeger received the ball just outside the box and sent a lifting shot that beat Swift and found its way into the left corner. The goal gave Rutgers a 3-2 lead late in the game and completed the Scarlet Knights’ comeback.

The Tigers could not find an equalizer and ultimately fell. LSU outshot Rutgers by a margin of 16-14 while Rutgers won the shots on goals competition by a tally of 8-4. Swift finished the match with five saves.

Up Next
LSU opens SEC play on the road as they travel to Nashville, Tennessee to take on the Vanderbilt Commodores at noon CT on Sunday, September 18.