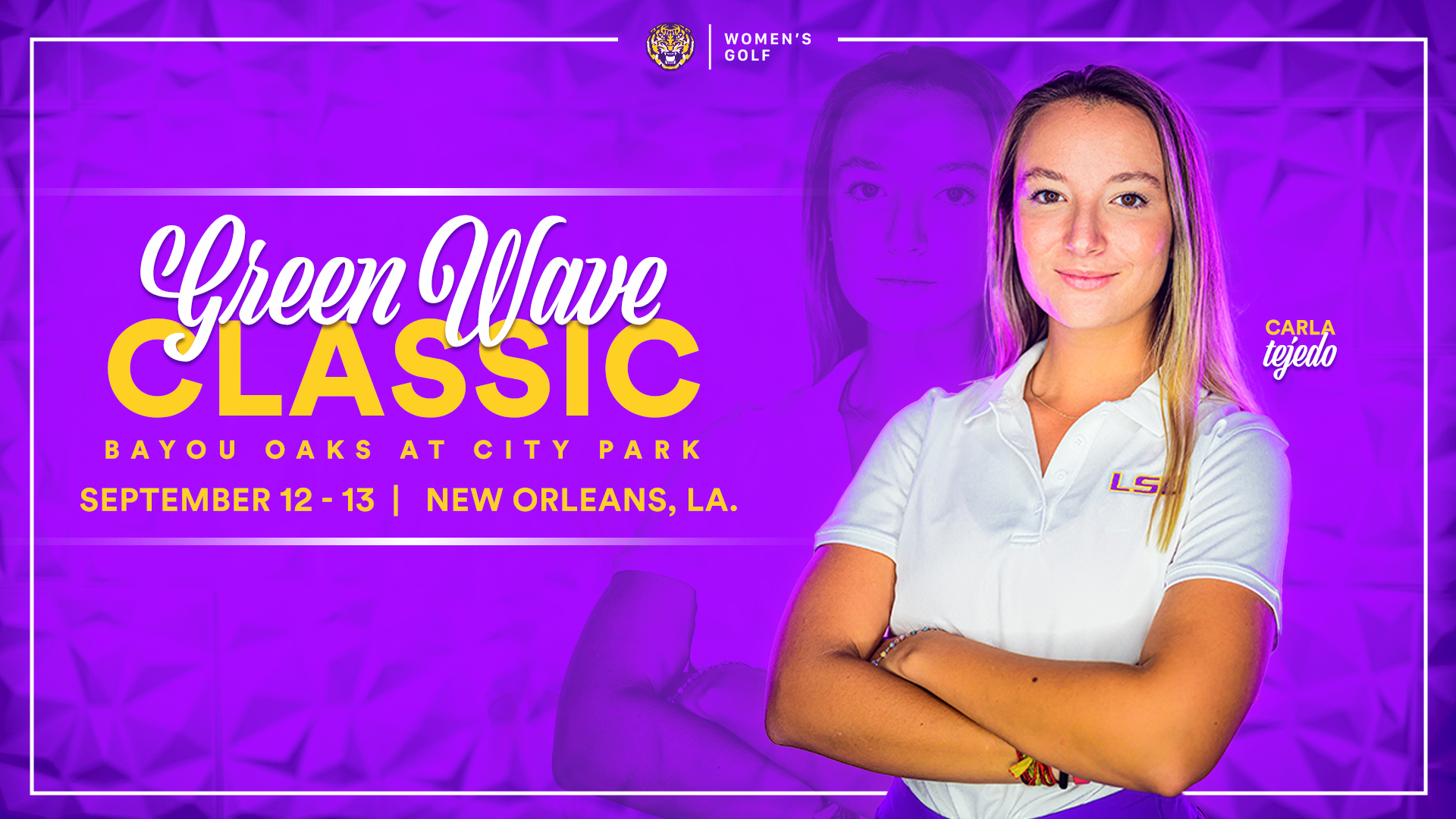 BATON ROUGE – The No. 5 LSU women’s golf team opens its 2022-23 season with an in-state  appearance starting Monday in the Green Wave Classic at the Bayou Oaks at City Park South Course in New Orleans.

LSU was ranked No. 5 by The Golf Channel in its preseason poll and was also ranked preseason No. 8 by the Mizuno WGCA Coaches Poll and by Golfweek.

LSU opens with an event that will play 36 holes on Monday starting at 8 a.m. and then the final round on Tuesday, also beginning at 8 a.m. The South Course at Bayou Oaks will play at par 72 and 6,158 yards.

LSU won three times in the 2021-22 season and one of those wins was the first Southeastern Conference team championship in 30 years.

“I am beyond ready to get this season started,” said Garrett Runion, entering his fifth season as the head coach of the LSU women’s program. Runion knows about starting the season for the LSU program as a former player and men’s assistant coach.

“I am eager to see what this team is capable of achieving,” he said. “We have a talented team with a healthy mix of upper classman and underclassman that are ready to play. It’s always special to play in our home state and we are fortunate that we will be able to see a lot of Tigers play this week and make their debut.”

Eight members of the Tiger squad will take part, five for the team competition and three others in the individual competition.

Fifth-year senior Presley Baggett will play individually and will be joined by two freshmen making their LSU debuts, Edit Hertzman and Taylor Riley.

Stone, who finished T2 at the Augusta National Women’s Amateur, and is ranked No. 42 in the World Amateur Golf Rankings, was named a preseason All-America by Golfweek Magazine, and the Riverview, Florida is ready to get off to a good start for her college season after strong performances in the Curtis Cup and the Palmer Cup for the American squad.

Tejedo, who won her first collegiate title as a sophomore and was named all-SEC last season and a preseason Golfweek All-America, won a gold medal for Spain during the summer World University Games.

Wallace, from Shreveport, has provided some important rounds for the Tigers in her first four seasons, including stepping into play all four rounds in the NCAA Championships a year ago.

Donegan from Ireland, was named second team All-Big Ten a year ago after setting a school record at Indiana with a stroke average of 73.17.

Sweden’s Elsa Svensson rounds out the team lineup, coming off an All-SEC freshman team season for the Tigers.

Stone, Tejedo and Svensson were part of the SEC Championship team a year ago.

Both rounds will have live scoring on Golfstat.com and updates throughout the day on Twitter @LSUWomensGolf.