Garrett Barber posted a 7-under 65 Sunday 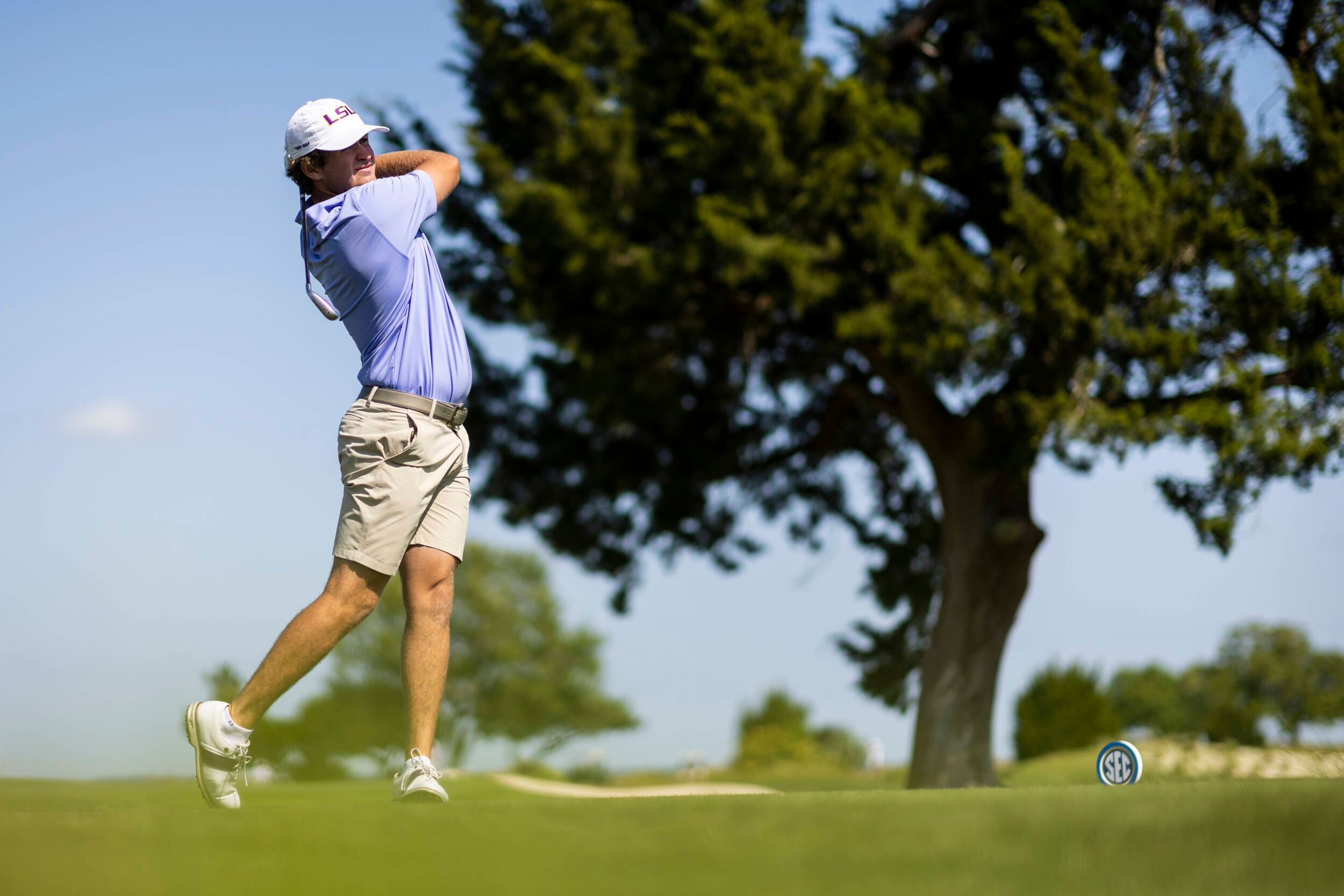 BATON ROUGE – LSU golf grad student Garrett Barber posted seven birdies and an eagle in the opening round of the Jim Rivers Intercollegiate at Squire Creek in Choudrant, Louisiana to grab the early lead after a 7-under par round of 65.

The Tigers, the defending champions of the event, put themselves in a very good position after one day with a strong 10-under par round of 278, good for a tie for fifth just four shots out of the lead.

The players started on the tenth hole of the layout in northeast Louisiana and Barber, playing in the first wave off the team, birdied the first three holes – a par 4, a par 5 and a par 3. Barber would birdie the 13th and 17th holes (his 5th and 8th holes of the round), before back-to-back bogeys on 18 and hole one.

But the veteran member of the squad didn’t let that faze him as he scored an eagle 3 on the par 5, 528-yard 2nd hole (his 11th of the round). The Stuart, Florida native birdied two more holes, including the par 5 ninth to close out his round.

Barber tied for the first-round lead on par 5 holes at 5-under par and was one of eight players to have at least seven birdies in the opening 18 holes.

Barber enters Monday’s second round one shot ahead of Melan Dhaubhadel of ULM, Hugo Thyr of South Alabama and Christian Clark of SMU at 6-under par 66. A total of 51 players in the field of 124 broke par on the day.

ULM is the team leader at 14-under par 274 with Houston and Louisiana Tech at 12-under par 276. UTSA late in the day moved to fourth at 11-under par 277 and LSU is tied with Middle Tennessee State and Southern Miss. A total of 14 teams in the field of 23 teams broke par on the day.

LSU had a total of 18 birdies in all its players on the day and Barber’s eagle was one of seven on the day.

The Tigers also counted a 70, 2-under, from Michael Sanders, with a 1-under par from Connor Gaunt. Nicholas Arcement finished with an even par 72. LSU freshman, Luke Haskew, making his college debut and playing as an individual, shot a 1-under par 71.

The second-round tee times begin at 7:30 a.m. The Tigers will tee off in the next-to-last-wave beginning at 11 a.m. CT with Southern Miss, Rice and Mississippi State. Live scoring is available at Golfstat.com.