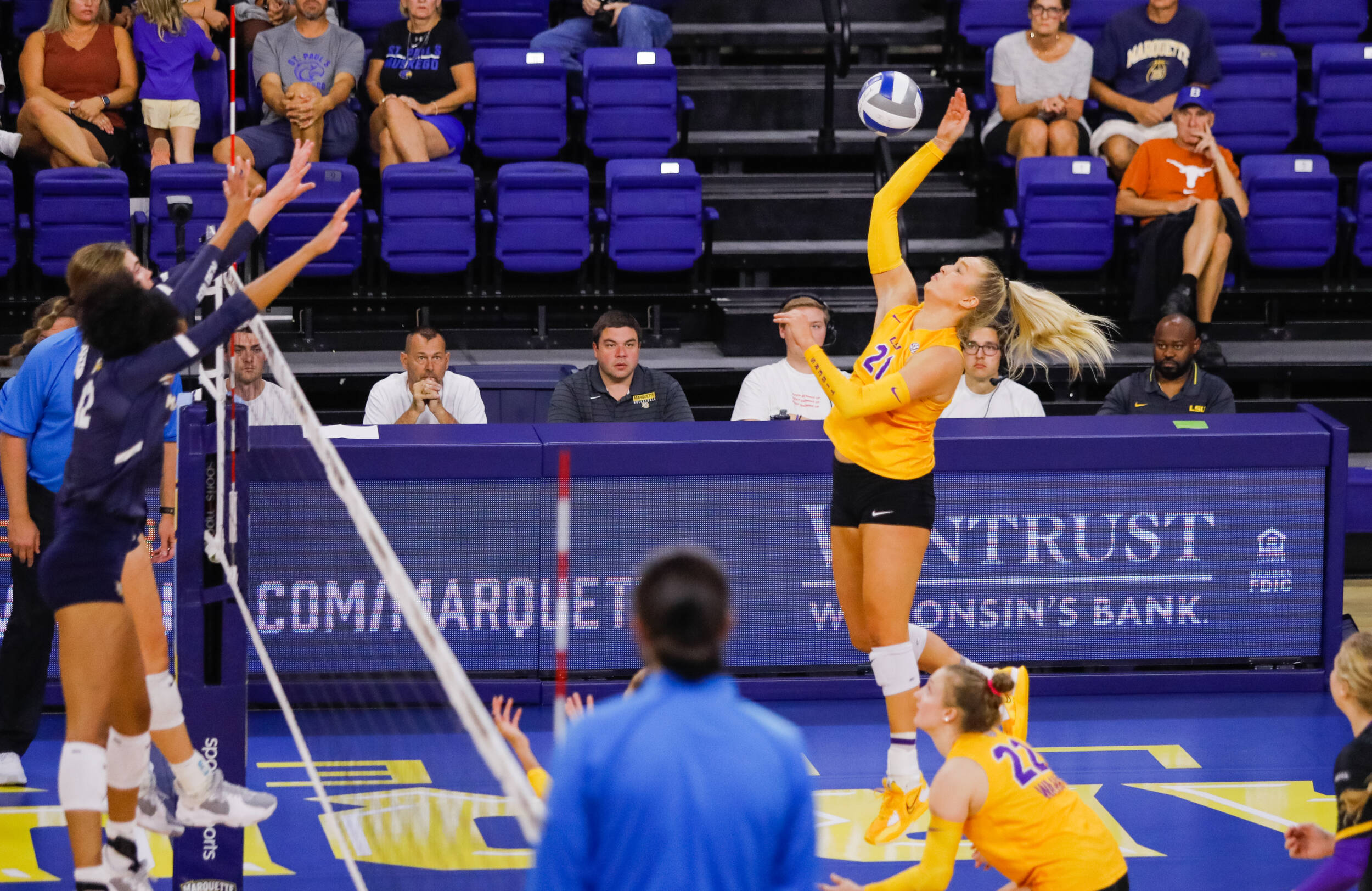 The Tigers hit .230 on the day behind 47 kills and 45 assists. The Tigers also had three aces on the day and registered 48 digs. Marquette hit .289 in the match with 55 kills, 53 assists and eight aces. Both teams had 10 blocks in the match.

Right side Hannah Jacobs led the Tigers with 11 kills (.292), while outside hitter Sanaa Dotson finished with 10 kills, three blocks and three digs.

Libero Ella Larkin logged 16 digs and was one assist shy of a double-double. Middle blocker Anita Anwusi paced LSU with five blocks and added six kills, and counterpart Alia Williams followed with four blocks and had eight kills on 12 swings with one error (.583).

Outside hitter Aubrey Hamilton led a trio of Golden Eagles with double-figure kills. Hamilton had 15, while Ella Foti had 11 and outside hitter Jenna Reitsma had 10 kills. Setter Yadhira Anchante finished with a double-double with 44 assists and 13 digs.

The Tigers head back to The Boot and will participate in the Tulane Invitational Sept. 16-17 where they will challenge Oregon State and Tulane the Devlin Fieldhouse in New Orleans.