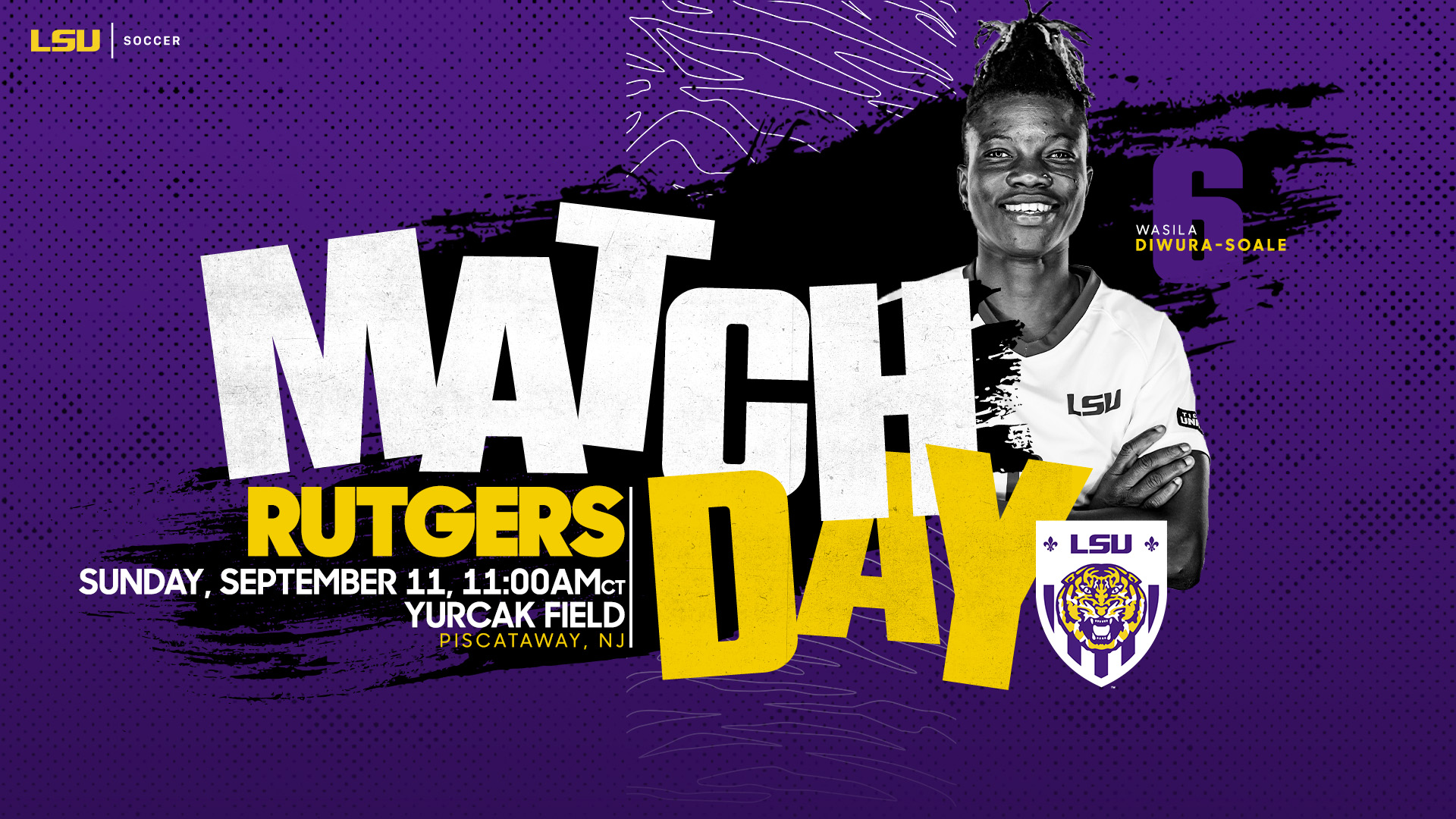 The match will be available through a subscription purchase on the Big Ten Plus Network. Live stats for the match are available on lsusports.net.

This will be the first time the Tigers and Scarlet Knights meet.

In Thursday’s battle of the tigers, LSU prevailed victorious as the squad defeated Princeton 2-0 to remain unbeaten on the season.

The match opened with LSU on the attacking foot with three shots in the first six minutes. Senior goalkeeper Mollee Swift registered her first save of the match in the 11th minute as she calmly collected a shot from outside the box.

The first goal of the match came in the 14th minute. Freshman Angelina Thoreson received the ball around midfield on the right-flank and broke away with pace. Thoreson charged into the box and hit a right-footed effort from 15 yards out that slid past the goalkeeper and into the back of the net. LSU earned a 1-0 lead on the night.

The Purple & Gold extended their lead to 2-0 in the 66th minute when Brenna McPartlan lined up a free kick on the right side and sent a cross into the box. Forward Wasila Diwura-Soale found herself unmarked and headed the cross goalward past the goalkeeper and into the back of the net. The assist from McPartlan was her second of the year.

The two goals from Thoreson and Diwura-Soale marked firsts for the two Tigers. Thoreson tallied the first goal of her collegiate career, while Diwura-Soale tallied her first of the season and second of her LSU career.

Swift finished the night with a five-save shutout.

Angelina Thoreson leads the team in assists with three. The freshman continues to be a proven weapon on both sides of the ball and continues to create scoring opportunities for the Tigers.

The forward scored the first collegiate goal of her career at LSU in Thursday’s match against Princeton. The goal came in the 14th minute as she slotted a ball from 15 yards out into the bottom-left corner to take the early lead for the Purple & Gold.

Baker’s goal scoring career also began in the season opener against Stephen F. Austin, when she found the back of the net as she tapped it in from four yards out in a ground-pass from Thoreson. Her second goal came in a crucial moment against UCF to equalize the game. The sophomore tallied her third career goal in Friday night’s matchup against Grambling for the second goal of the game.