When the Tigers take the field against Southern University for the first time in school history, Brian Kelly will immerse himself into an environment he’s never experienced before: his first Saturday Night in Death Valley, walking out to 102,321 fans, a habit he’ll constantly apply, and grow to enjoy. 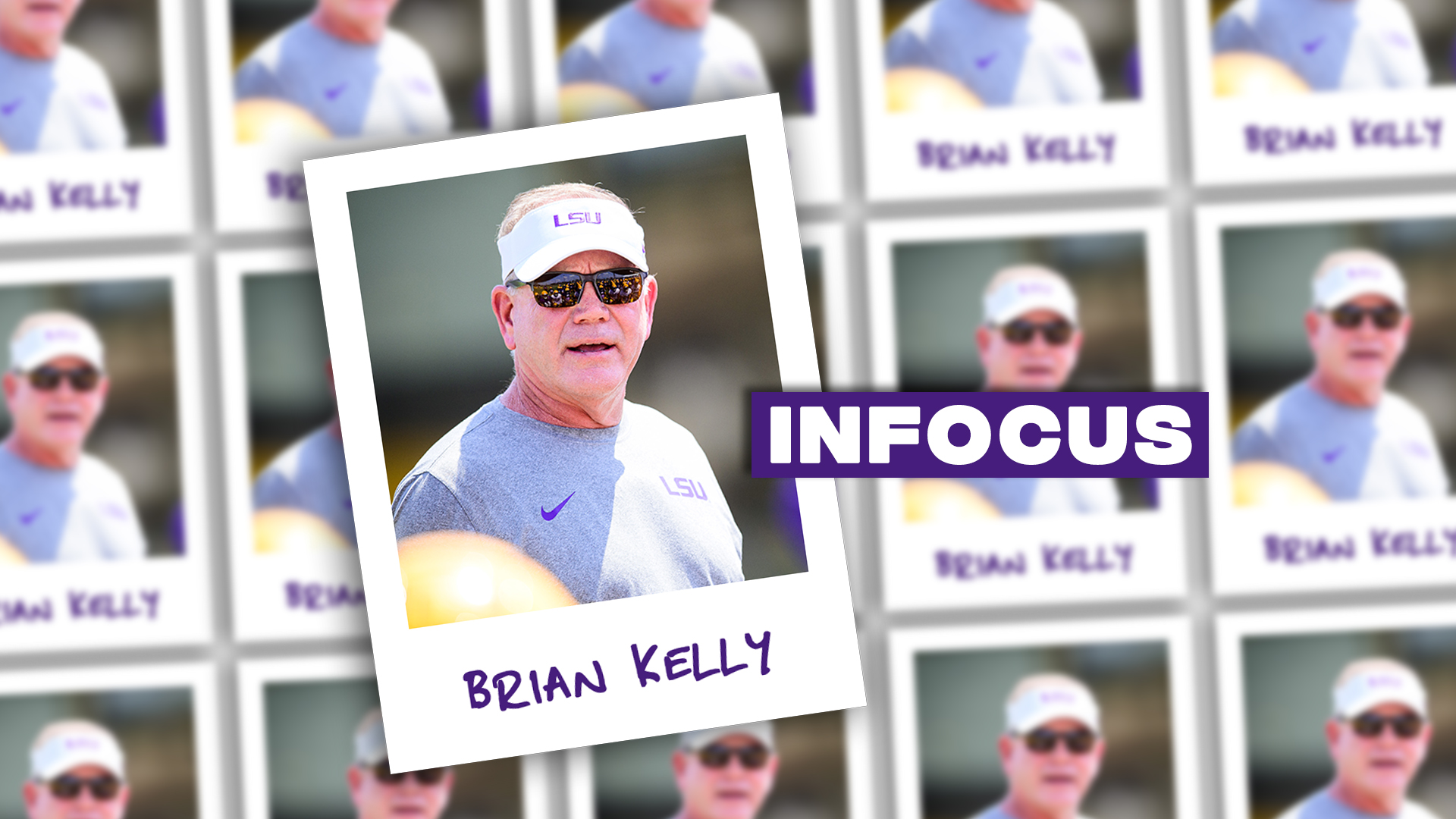 In order do that, he had to rebuild a roster, assemble a staff, and establish a new standard of excellence.

It doesn’t start with X’s and O’s, and it certainly doesn’t happen overnight.

It’s about THE PROCESS, and for the winningest active head coach in college football, it’s what he enjoys most about the job.

Today, we celebrate consistency and growth over the last six months.

Camp is a new opportunity for everyone in this program to take a step forward in our process. pic.twitter.com/zkINxYA3Xr

Coach Kelly’s process centers around the foundation of building good HABITS – not just on the field, but in life. Constant application of good habits creates great habits. That’s what, Kelly says, he’s looking for most with his guys.

It’s being on time for meetings. It’s making good choices. It’s not jumping offside. It’s filling out personal wellness checks on your phone every day. The first step in breaking bad habits, Kelly says, is taking accountability. The standard has a line, and you’re either above it or below it.

“He’s built in a sense of accountability within the entire team,” said sophomore receiver Jack Bech. “Just from the first few practices, you could tell the difference. Everybody is upbeat, wants to be here and wants to win.”

Above all, you need a roster at full strength to install any process.

That’s why, when Kelly came to Baton Rouge, the main focus was overhauling a roster with 39-scholarship players. That’s when he hit the portal and added 15 transfers, signed a top-10 recruiting class with heavy ties to Louisiana, and addressed immediate needs in short order.

That’s not a habit, Kelly says, he wants to become familiar with during his tenure at LSU, but in an eight-month span, he was able to transform a once short-handed roster into a group primed to compete in the best conference in college football.

There’s always a plan, and he knows exactly what it should look like. Kelly brings a holistic coaching style to Baton Rouge. Developing football players drives him, but so does developing young men.

The habits you practice in life will carry over on the field. Nothing changes just because you throw pads on. It’s no different with how he views preparation with his team.

He calls it TOTAL PREPARATION, combining the physical, technical, tactical and mental aspects of the game. Total preparation is about training your mind. It’s about nutrition and what you put in your body. It’s about getting the right amount of sleep. The little things matter when it comes to the big picture.

“The reason I do this is not to win games,” Kelly said. “That’s going to be a by-product of what we do. My ‘why’ is I love developing football players and student-athletes. When I talk about development, I mean physically, technically, tactically and mentally – in all facets.”

Mental performance, Kelly says, is the proverbial weight room for the brain. That’s why the staff brought in a mental performance coach, a trusted advisor of Coach Kelly’s for seven years, to coach his players on confidence, emotional control and how to think effectively on a day-to-day basis.

“The technical and tactical are important when building a team, but the mental preparation is absolutely crucial as well,” Kelly said. “The brain is similar to a muscle – you have to train it. Mental performance is an important piece in our total preparation, and we laid down the principles for this football team in helping them understand how important that is in their preparation.”

Make no mistake, there’s an intensity about how things are done – at practice and in meeting rooms. That’s part of being at LSU and fulfilling the ultimate mission of graduating champions.

“We’re demanding, never demeaning,” Kelly said. “You can hear it by the way we talk to our guys. There’s no cursing. We’re never going to be demeaning to our players. But we are demanding. This is about graduating all of our players and winning a national championship.”

This is LSU. There’s always going to be swagger, and there’s always going to be talent. But talent alone, Kelly says, doesn’t win you national championships. Building TRAITS OF EXCELLENCE, and combining it with total preparation – the physical, technical, tactical and mental – that’s the process in its simplest form. Swagger with structure is a dangerous mix.

Stepping to the podium for the first time as LSU’s head coach back in December, Kelly made sure one thing was understood: he didn’t come to change anything in Louisiana. Rather, he’s here to be changed by it. To immerse himself with the culture and embrace it to the fullest extent.

When the Tigers take the field against Southern University for the first time in school history, Kelly will immerse himself into an environment he’s never experienced before: his first Saturday Night in Death Valley, walking out to 102,321 fans, a habit he’ll constantly apply, and grow to enjoy.

“It’s going to be one of the most explosive environments that I’ve ever been in,” he said.

While his first offseason at LSU is behind him, Kelly’s process is just beginning.

Going forward, the mission is clearly defined. Each player should leave LSU with two things:

A diploma in one hand and a championship ring in the other.