The Baton Rouge native is ready for a breakout season on the LSU defensive line. 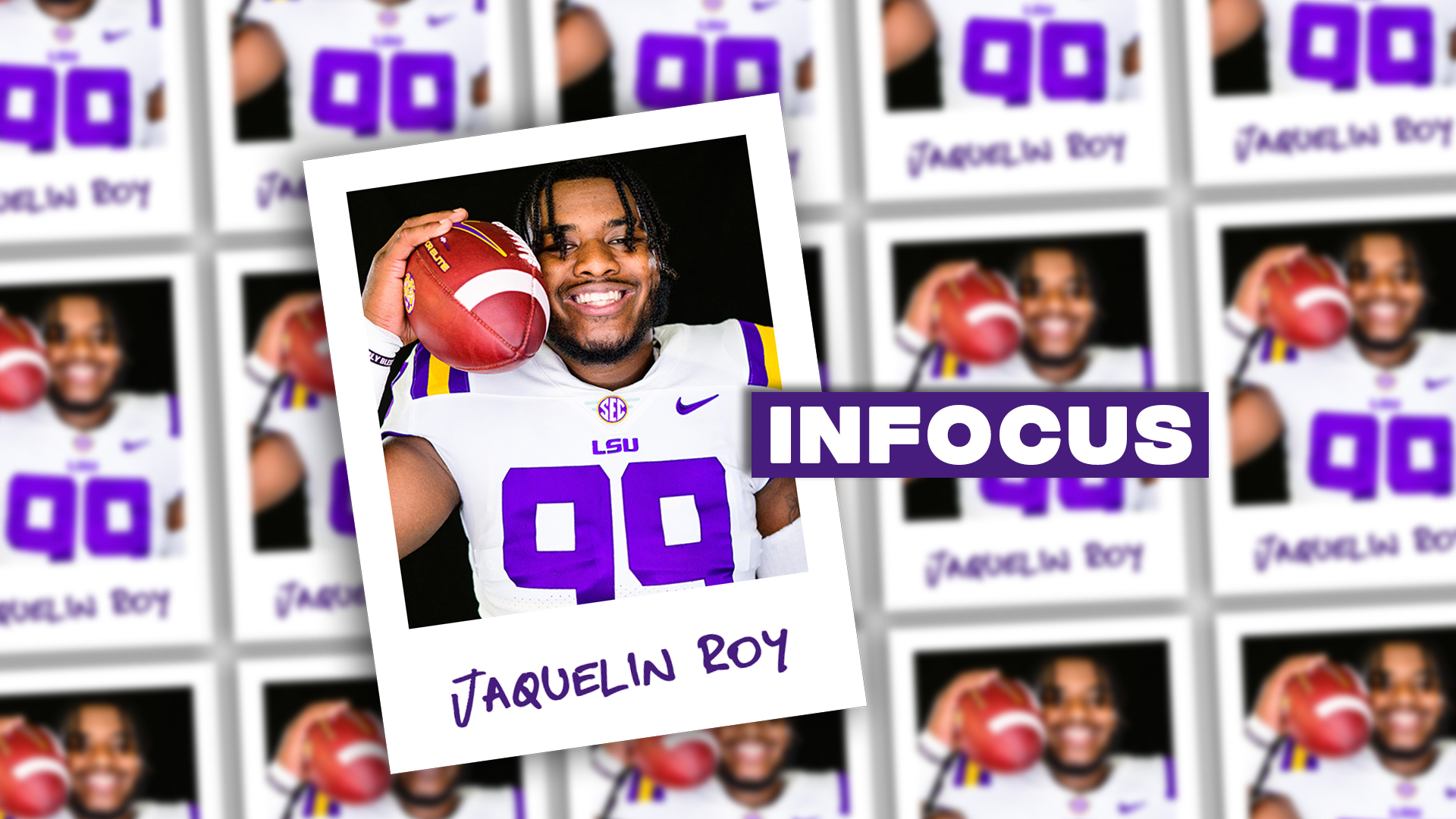 Before the Tigers were National Champions in 2019, there was a Cub winning back-to-back state titles just steps from Death Valley.

Jaquelin Roy attended University High School, located on LSU’s campus across the street from the Paul M. Hebert Law Center. The four-star defensive tackle was a key piece in the Cubs’ back-to-back undefeated, state championship winning seasons in 2017 and 2018. Roy credits the championships he was able to win in high school with giving him confidence and experience that he’s used to perform in college.

“Being able to win two state championships brought a lot of confidence to my game,” he said. “Going against different opponents from different cities got me ready for the next level.”

Next level it is. Roy was ranked as the top recruit in the state of Louisiana and was listed as the nation’s fifth-best defensive tackle by 247Sports. In his first two seasons at LSU, Roy tallied 48 tackles – 21 solo – with 10 tackles for loss, 3.5 sacks and one forced fumble.

Most of the 3.5 sacks have come in big situations. Roy collected his first two sacks at Florida in 2020. He sacked Kyle Trask for a seven-yard loss on first down at the LSU nine-yard line. That sack helped the Tigers hold the Gators to a field goal that tied the game 34-34.

LSU ultimately won the game, 37-34, on Cade York’s field goal in the fog, but it was Roy’s sack that helped the Tigers stay in it.

Against Texas A&M in 2021, Roy tallied another sack for a loss of eight yards. LSU, which was trailing in the final minute, also won that game.

Though he has played in 23 games at LSU, Roy has started on the defensive line in only two of them. Few chances to start would traditionally push a talented player like Roy to transfer, but he knows he belongs in Baton Rouge. Growing up in the shadow of Tiger Stadium, Roy always knew that’s where he wanted to be.

“This is always home, for sure,” Roy said. “To grow up in Baton Rouge definitely gets you ready for whatever the world has to throw at you.” He said he never considered transferring.

“Attending U-High was a blessing and being able to adapt to a new scenery and make new friends was awesome,” he said. Although there are some changes involved in advancing from high school to college, he pointed out that “it’s like I’m an old head because I’ve been on campus forever.”

He gives advice to the rookies on the LSU squad, reminding them of what matters.

“I just tell them your mental has to be strong,” he said. “Never get complacent because someone is always trying to take your spot, and always have confidence.”

Confidence is key. After two years with the program, Roy has certainly had his fair share of tests of confidence, but he is happy to carry over the lessons learned in high school ball to his college game.

Roy values the mental side of the game as well, commenting that he’s grown in that area. Having the right mindset and giving everything he has to improve for this year has been a main focus.

Now, he looks ahead to what this year has to offer.

“I’m looking forward to just having a very productive season and winning a lot of games with the new staff,” Roy explained.

With a new staff in place and multiple seasons under his belt, Roy is primed for a breakout year. His teammates see his progress, as well. Newly named captain and defensive end, BJ Ojulari, commented that everything is clicking for Roy right now, both on and off the field. He’s showing promise and can be dominant in his junior season.

“The sky is the limit,” Ojulari said about Roy, and Roy feels the same way about his teammates on the defensive line, stating that the LSU line could be one of the best in the nation this year.