Volleyball Travels to Wisconsin for Matches at Milwaukee, No. 23 Marquette 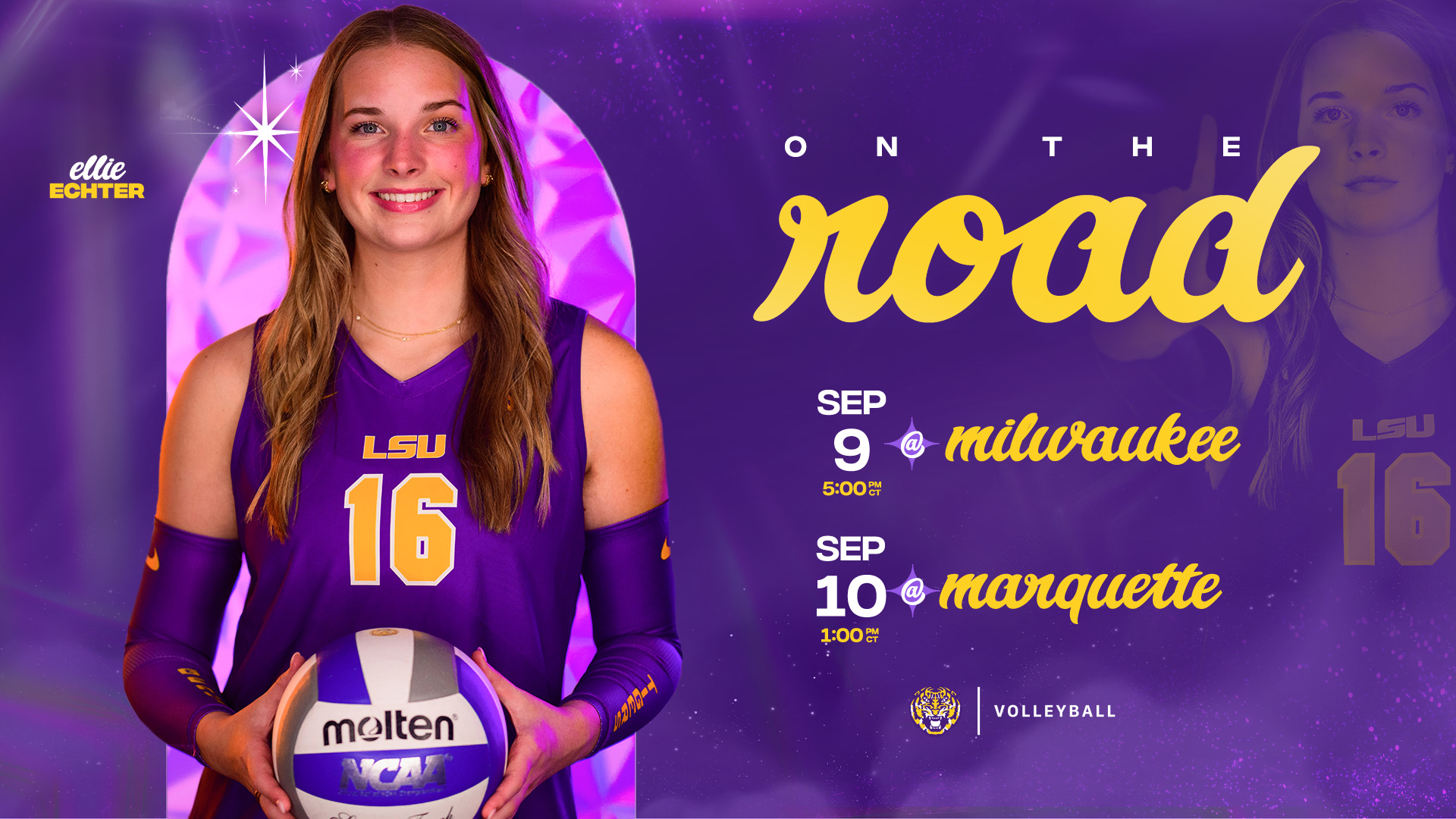 LSU improved to .500 after a 2-1 weekend at the Tiger Challenge. The Tigers swept Troy and Iowa State before falling to No. 21 Penn State in straight sets. All three of LSU’s wins this season have come in sweeps of the opposition and they hold its opponents to a .160 hitting percentage, the fourth lowest mark in the SEC. The Tigers also rank second in the league with 15.57 digs per set. Offensively, LSU is averaging 13.29 kills per set behind a .232 hitting percentage, has 12.33 assists per set and 32 total aces.

Libero Ella Larkin is the SEC leader with 107 total digs and 5.10 digs per set, which also ranks No. 25 in all off NCAA Division I volleyball. Middle blockers Anita Anwusi and Alia Williams each average 1.05 blocks per set (22 total) to lead the team at the net. Anwusi leads the team with three total solo blocks and has 37 total kills, while Williams has two solo blocks and 26 kills.

Milwaukee starts the season 1-5 on the year and will host LSU for its home opener. The Panthers went 1-2 last weekend at a tournament hosted by Purdue in West Lafayette, Ind. After dropping a five-set match to Utah, Milwaukee defeated Bradley 3-1, and then lost 3-1 to then No. 11 Purdue. As a unit, the Panthers average 11.96 kills per set behind a .206 hitting percentage, while giving up a .263 hitting percentage to their opponents and averaging 1.92 blocks per set.

Outside hitter Madi Malone leads the Panthers with 3.25 kills per set (78 total) and four aces. Middle blocker Ari Miller follows with 2.75 kills per set (66 total) and leads the team with 21 blocks, including three solos. Setters Kaley Blake and Josie Johnson direct the offense with 5.29 and 4.08 assists per set, respectively, and defensive specialist Sarah Schrader leads the way with 3.83 digs per set.

Marquette is ranked for the second consecutive week and moves up one spot to No. 23 in the latest AVCA Coaches Poll. The Golden Eagles are 4-1 this season and are on a two-match winning streak after defeating Loyola Chicago Tuesday night, 3-1. Marquette’s only loss this season was against the reigning national champions, No. 6 ranked Wisconsin. Marquette’s strength is their offense that ranks third in the Big East Conference with a .239 hitting percentage and 13.60 kills per set. They also rank fourth with 16.30 digs per set.

The top hitters for the Golden Eagles include outside hitter Aubrey Hamilton (3.00 kills/set) and Ella Foti (2.60 kills/set). Foti is the most efficient with a .356 hitting percentage, followed by Carsen Murray’s .305 hitting percentage with 2.20 kills per set. Murray also leads the team with 14 blocks. Setter Yadhira Anchante leads Marquette with 9.30 assists per set and has eight aces, and defensive specialist Carly Skrabak leads the Big East Conference with 4.95 digs per set.