LSU Women's Golf Has Trifecta Of Top 8 Rankings; No. 5 Preseason By Golf Channel 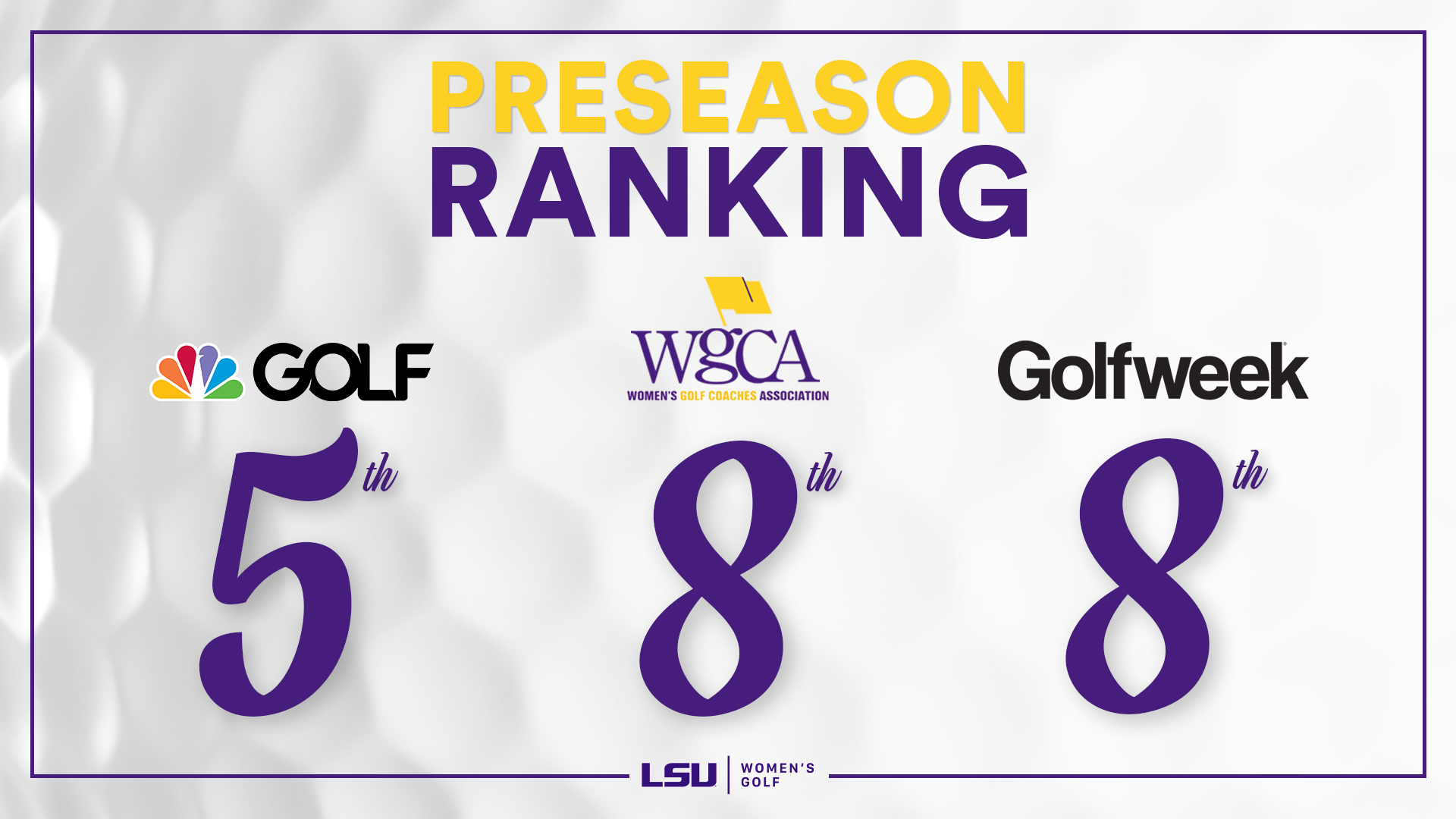 BATON ROUGE – As the LSU women’s golf team prepares to begin their 2022-23 fall season, they have received in the last 10 days top eight rankings in three different preseason polls, including a ranking of No. 5 by The Golf Channel.

The LSU women open their 2022-23 season this Monday at the South Course at Bayou Oaks Golf Course at City Park for the Green Wave Classic.

Of LSU Golf Channel’s Brentley Romine said: “… women’s college golf has another generational talent down in Baton Rouge. In three seasons, senior Ingrid Lindblad has won nine times and in 30 starts has finished outside of the top 10 just six times. Her 70.5 career scoring average is eye-popping. And it’s possible that she stays in college beyond just this season. All that is great news for the Tigers, who possess a vaunted top 3, which also includes senior Latanna Stone, who last spring nearly won the Augusta National Women’s Amateur, and junior Carla Tejedo, who recently topped a stout field at the World University Championship in Italy.

“Those two combined for seven top-10s a season ago. The rest of the lineup, as in past years, is a bit of an unknown, though head coach Garrett Runion is excited about transfer Aine Donegan, who was Indiana’s leading scorer last season. Two years ago, LSU fell a shot shy of the top 8 at Grayhawk. Last season, the Tigers overcame a sluggish fall to tie Stanford on their home course at regionals, and though LSU ended up 11th at nationals, they did so with three players being hit hard by illness, including Stone. If the Tigers can stay upright and maybe get a consistent fourth score, they are a NCAA match-play team.”

Romine also picked the Golf Channel’s Top 30 players and Lindblad, the No. 2 ranked women’s amateur in the world, is a solid choice as a preseason first-team All-American. Stone is on the preseason second team and Tejedo a third team All-America selection.

A total of eight players are expected to see action at the Tulane-hosted event, the team’s only appearance in the state this coming season.