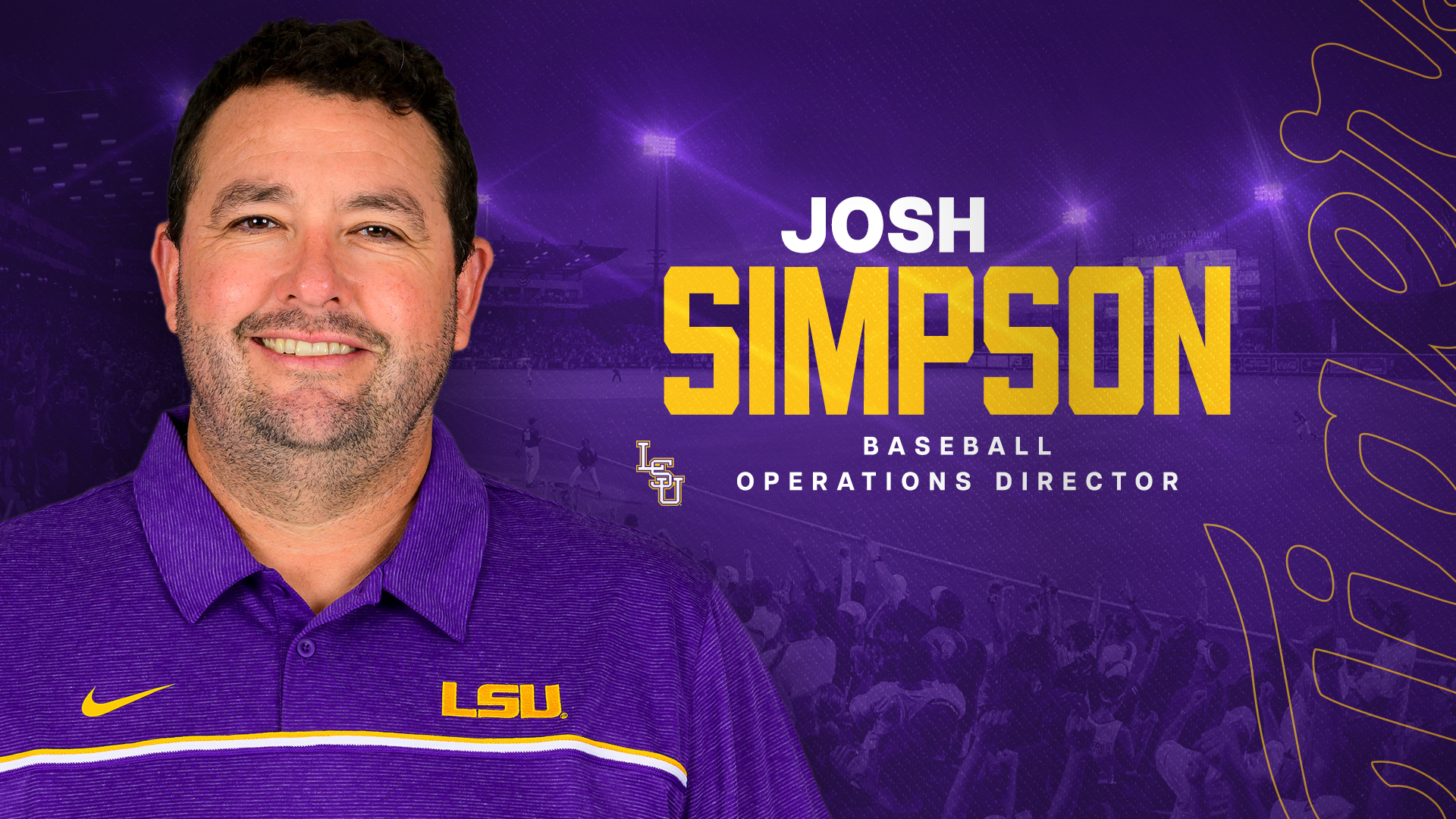 BATON ROUGE, La. – Coach Jay Johnson on Thursday announced that Josh Simpson, an area supervisor for the Texas Rangers scouting department, has been hired as the LSU Baseball Director of Operations.

Simpson has worked as an MLB scout with the Rangers for the past seven seasons, and he served as the head coach at New Mexico Junior College from 2008-15.

“We are very excited to add Josh Simpson to our staff as Director of Baseball Operations,” Johnson said. “Josh will add a lot to our staff, and his experience as a scout in Texas and Louisiana for the Texas Rangers will be invaluable. His experiences, connections, and great people skills will help our program in a lot of different ways.

“It is really hard to find someone for this position that has all of the skills that Josh has as a former scout and coach. We are looking forward to his great contribution to LSU Baseball.”

Simpson completed his career in 2015 at New Mexico Junior College as the second winningest coach in program history, posting a 283-163 record. He saw over 18 players drafted into Major League Baseball and qualified for the regional tournament in eight consecutive seasons.

In 2014, he led NMJC to the Western Junior College Athletic Conference title, and he was named the WJCAC Coach of the Year.

Prior to becoming the NMJC head coach, Simpson was the hitting coach in 2007 at Central Arizona College, where he helped guide the team to the Region I Championship and a second place finish in the Western District Playoffs.

He worked as the volunteer coach at the University of New Mexico in 2006, and in 2005 he was the head coach at Lamar (Colo.) Community College, where his squad won the Region IX Championship and finished second in the Western District Playoffs. Lamar CC posted an overall record of 51-11 and a No. 4 final national ranking.

Simpson earned a bachelor’s of science degree in 2003 from Northwestern Oklahoma State, and he received a master’s degree in 2010 from East Central University in Ada, Okla.