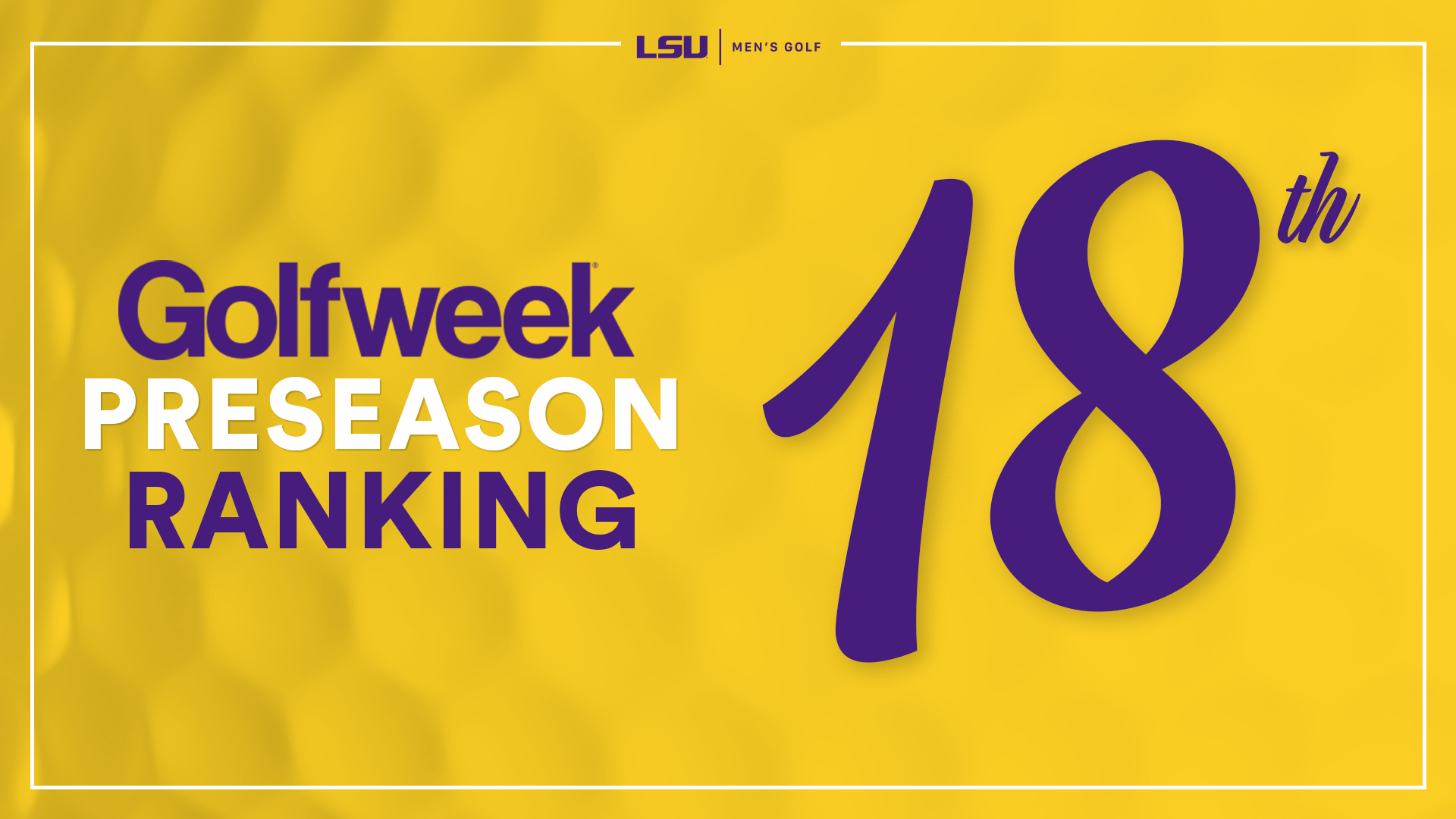 BATON ROUGE – The LSU men’s golf team comes in ranked No. 18 in the Golfweek Top 30 preseason poll announced this week by the magazine/web site.

The Tigers, off a sixth place finish in their opener at South Bend, Indiana, will be defending their championship at Squire Creek in northeast Louisiana at the Jim Rivers Intercollegiate beginning on Sunday.

LSU has a veteran lineup on its 2022-23 squad with three grad students, led by Garrett Barber, along with Michael Sanders and Chris Woollam. Connor Gaunt is a senior with Drew Doyle and Nicholas Arcement, who led LSU in scoring in South Bend, both junior.

Cohen Trolio enters his sophomore season off a good summer in which he made a deep run in the Western Am and then advanced to the Round of 64 in the United States Amateur.