As a player, Tonya Johnson helped lead LSU to the 1990 Final Four. She has returned as the Tigers' head coach to bring LSU Volleyball back to national prominence. 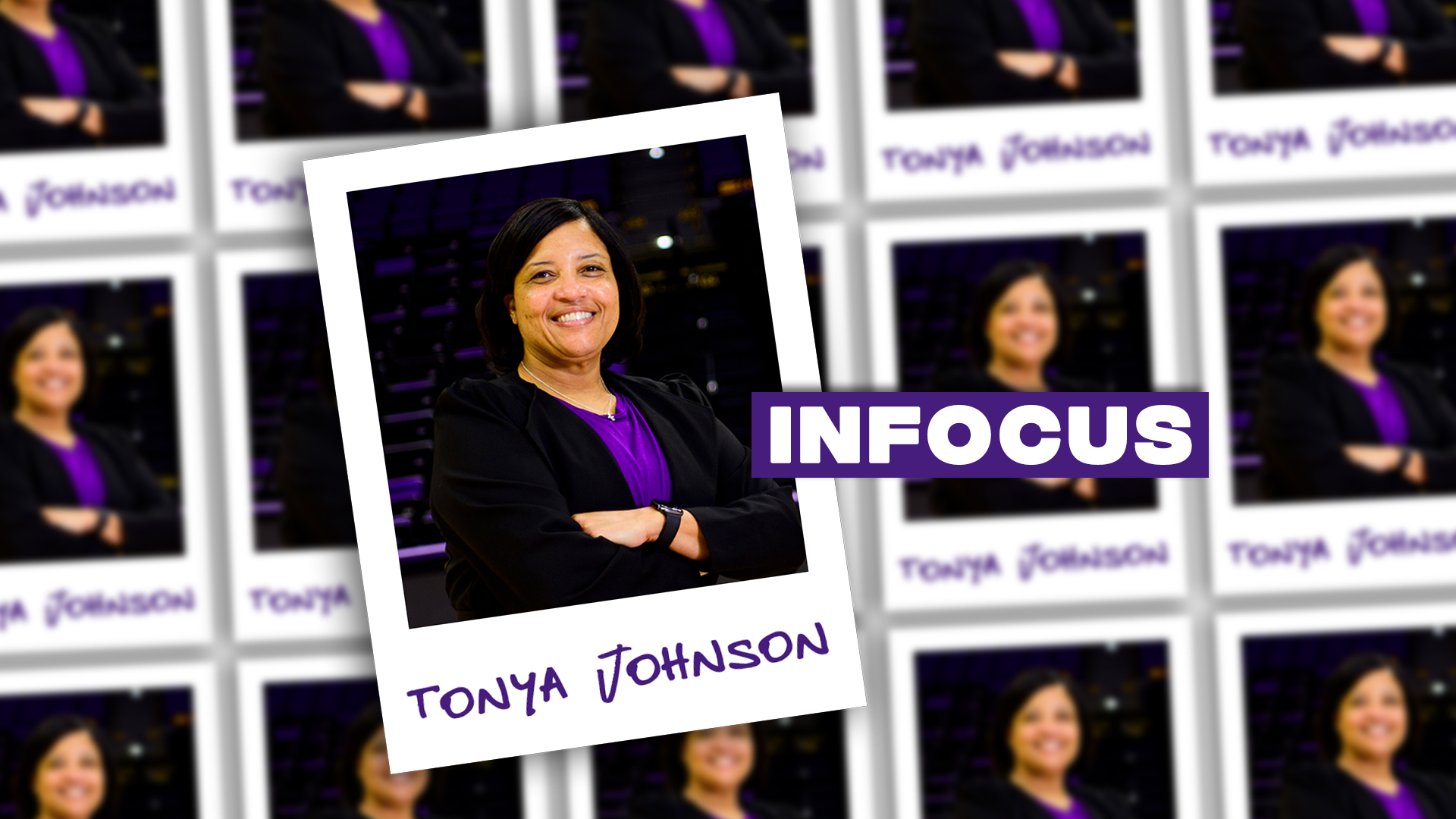 Be who you are. That’s how you lead.

In December of 2021, LSU Volleyball hired its former player, captain and assistant coach Tonya Johnson as the new head coach to take over for the long-tenured Fran Flory.

Leadership has always been one of Johnson’s best qualities, and she put it to its best use by becoming a coach. She began as an assistant coach for her alma mater from 1998-2002, moving on to become an assistant coach and recruiting coordinator for the University of Texas from 2003-2008.

Her first head coaching position was at Georgia Tech from 2009-2013, where her teams combined for an 85-72 record. Johnson coached 10 All-ACC selections, one four-time All American, and a team that made the NCAA Tournament in 2009. Also during her time with the Yellow Jackets, Johnson was the co-head coach of U.S. Volleyball’s National A2 Team that went on to win a silver medal in 2012.

Johnson returned to the University of Texas in 2014, where she was the assistant coach and recruiting coordinator until accepting the head coaching position at LSU. Through both stints with the Longhorns, the team went to the Final Four five times, appearing in the championship match three times. Texas also made the regional finals two times, captured eight Big 12 titles and secured 13 NCAA Tournament advancements.

Regardless of her athletic and coaching success, Johnson continues to prioritize her players as people, not just machines that win games.

“Being a former player, having been in their shoes before helps me have an understanding of everything they go through on a day-to-day basis as a student-athlete,” Johnson said.

Johnson acknowledges that times have changed, however, and is pleased to see how her players are treated now compared to the athletes of her time. She sees that places around the country, especially the ones at which she has worked, have made a push toward treating female athletes in a first-class manner.

“Is there work still to be done? Yes,” Johnson admitted. “But, I think what has been done is amazing and that is important to me.”

When Johnson played, there were no charter flights for female sports. Now, most teams charter at least three to five times per season, which is a huge advantage to teams that play mid-week games.

Additionally, universities supplying exclusive facilities for volleyball was unheard of 25 years ago, but are now becoming more common. The narrative that only football and basketball get what they need is becoming less and less valid.

“It speaks volumes about current athletic departments,” Johnson said. “Obviously you have the big dogs with football and basketball, but those folks never made you feel any less. Coaches understand what we all go through on a day-to-day basis. We all have a common goal, and that is to win, so we support each other.”

Just like her fellow coaches support Johnson, she devotes herself to supporting her players. As a young coach, there were things Johnson did or experienced that she promised she would change if she became a head coach again.

Matching her coaching style with her own personality and characteristics, Johnson is able to understand her players, meet them where they are and be flexible with their needs. Furthermore, she continues to learn how to be truer to herself.

“I’m all about being Tonya, and not being somebody else,” Johnson said.

Johnson echoes the same sentiment to her players, assuring them that she wants each of them to be themselves.

“They don’t have to be someone else to be successful,” Johnson said. “Figure out what it is in life that you want to be, and go with that.”

Johnson will undoubtedly be remembered for her success, but that is nowhere near the most important thing to her. She vows to teach her athletes that somebody paved the way for them, and it is their responsibility to pave it for the next generation. And most of all, she wants to be remembered for putting her athletes above the game, every single time.