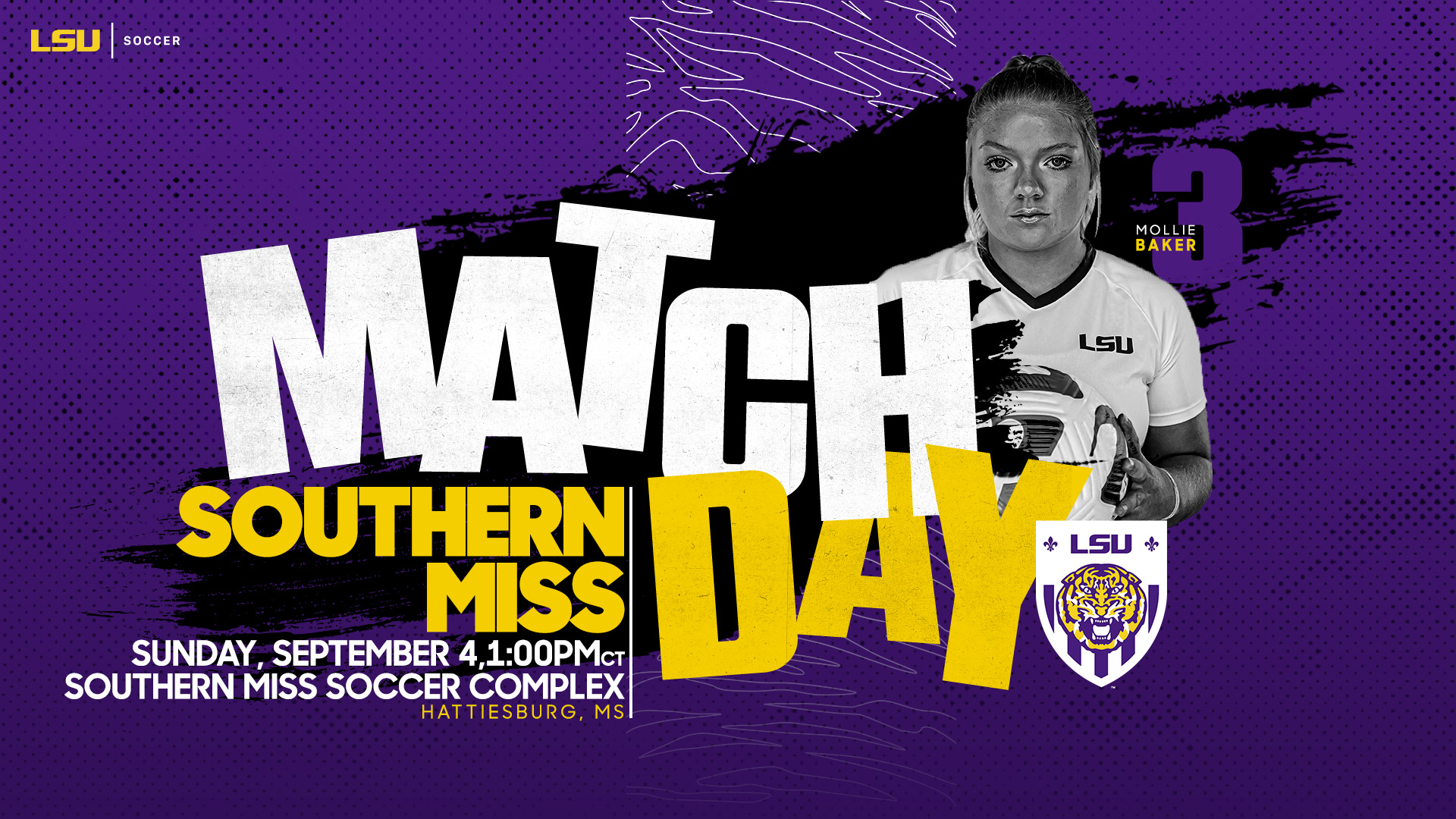 The match will be available online on ESPN Plus. Links to the live stream and live stats can be found on lsusports.net.

LSU holds a 4-0 lead in the series history between the two squads. The teams last met in the 2020-21 season, where the Tigers defeated the Golden Eagles by a score of 1-0 in Baton Rouge.

Freshman Ida Hermannsdottir enters Sunday’s match as the team’s joint top goal scorer (3) and second on the assist chart (2). The midfielder recorded assists against Stephen F. Austin and UCF and secured the first goal of her collegiate career in a 4-1 win at San Diego.

On Friday night, Hermannsdottir scored the first brace of her collegiate career in a 3-1 win versus Grambling State. Her first goal came in the 27th minute as she hit a first-time effort from 24 yards out that rocketed into the top of the net and beyond the goalkeeper. The second came in the 82nd minute as Hermannsdottir doubled her tally on the night and stretched LSU’s lead to 3-1. Baker cut inside to beat two defenders and sent a through ball into the box that found Hermannsdottir, who timed her run and shrugged off a defender and slotted the ball past the goalkeeper from five yards out.

The Icelandic international brings a wealth of experience to the LSU squad. She has represented her country on all levels of play, including two appearances for the senior international team.

Before joining the Tigers, Hermannsdottir played at the highest level of soccer in Iceland for Valur Reykjavik. At the club, she helped them claim the 2021 league title and made appearances in the UEFA Women’s Champions League, the most competitive club soccer competition in Europe.

Mollie Baker, a redshirt-sophomore forward that transferred to LSU from North Carolina, has three goals and one assist through five games this season.

The following game versus UCF, the Tigers trailed the Knights 1-0 in the match until Baker received the ball just under a minute into the second half and nutmegged a defender and slotted a 16-yard shot past the goalkeeper and into the bottom left corner to make it 1-1 on the day.

In Friday’s match against Grambling, the sophomore grabbed LSU’s first goal of the match in the 24th minute. Baker was on the end of an inch-perfect through ball from Laney Gonzales and took a touch before slotting the ball into the bottom-left corner.

Baker again contributed to the scoresheet later in the match, this time with an assist, as her through ball into the box was met and converted into a goal by Ida Hermannsdottir.

Angelina Thoreson leads the team in assists with three. The freshman continues to be a proven weapon on both sides of the ball and continues to create scoring opportunities for the squad.

Baker’s goal scoring career also began in the season opener against Stephen F. Austin, when she found the back of the net as she tapped it in from four yards out in a ground-pass from Thoreson. Her second goal came in a crucial moment against UCF to equalize the game. The sophomore tallied her third career goal in Friday night’s matchup against Grambling for the second goal of the game.