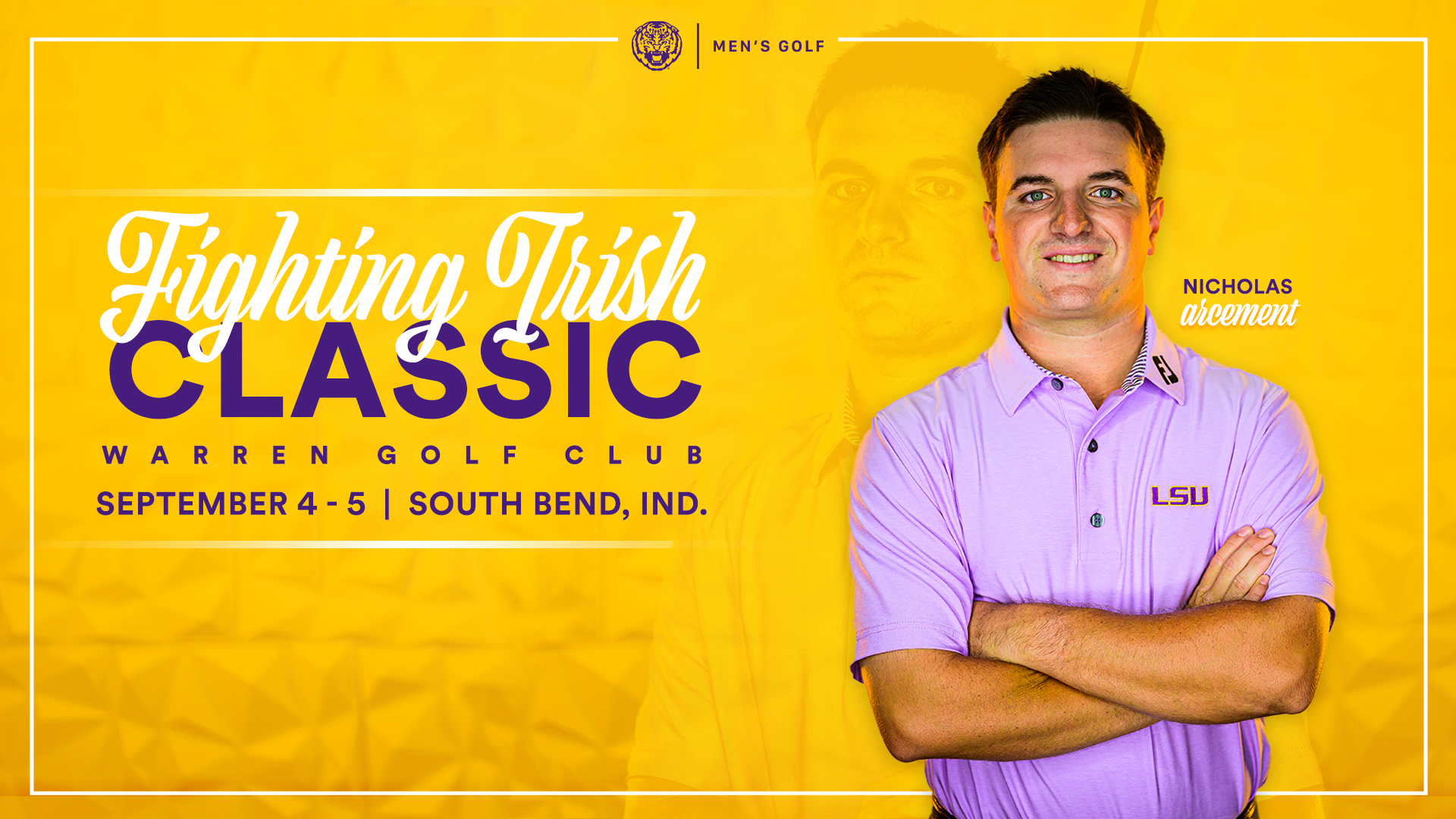 BATON ROUGE – The LSU men’s golf team will go with a veteran lineup for its opening tournament of the 2022-23 season that begins Sunday in South Bend, Indiana.

The 54-hole Fighting Irish Classic hosted by Notre Dame will be contests on The Warren Golf Course, which opened in 1999 and is a par 70 Coore Crenshaw design at some 7,023 yards.

Barber, from Stuart, Florida, averaged 71.15 a year ago with four top five finishes, while in 109 career rounds he has averaged 71.83. Woollam, from South Africa, has played 36 career rounds with an average of 73.67.

Gaunt hails from Cabot, Arkansas and posted a 73.13 stroke average. During the spring, he captured the Arkansas Amateur Championship.

Arcement is a Louisiana product from Thibodaux and had a win last season for LSU and averaged 71.85. Doyle also has a win last season individually and the Louisville, Kentucky product had two other top fives and a 72.33 average.

Reports are Barber is ready to go for the start of the season as he had a strong qualifying event for the Tigers, posting 16 under par for the 54 holes that helped determine this opening lineup.

“Our fall season gets off to an early start and we are excited to get going,” said LSU Director of Golf and head men’s golf coach Chuck Winstead, who enters his 18th season at LSU. “Our team this year has experience and depth and our lineup for this first event reflects this. I expect all of our guys to compete and earn playing time this fall. And I know they will push themselves and each other to be their very best.”

The schedule is one that will test the Tigers and get them read for the post season. Next Sunday (Sept. 11) they will begin their defense of the Jim Rivers Intercollegiate championship in Choudrant, Louisiana at Squire Creek Country Club. That is one of two teams the Tigers won a year ago, including the San Diego Classic.

The first two rounds will begin Sunday with a shotgun start at 8:30 a.m. EDT (7:30 a.m. Baton Rouge time). LSU will play with Kansas and Michigan State through the 36 holes of play. Live scoring can be found at Golfstat.com.