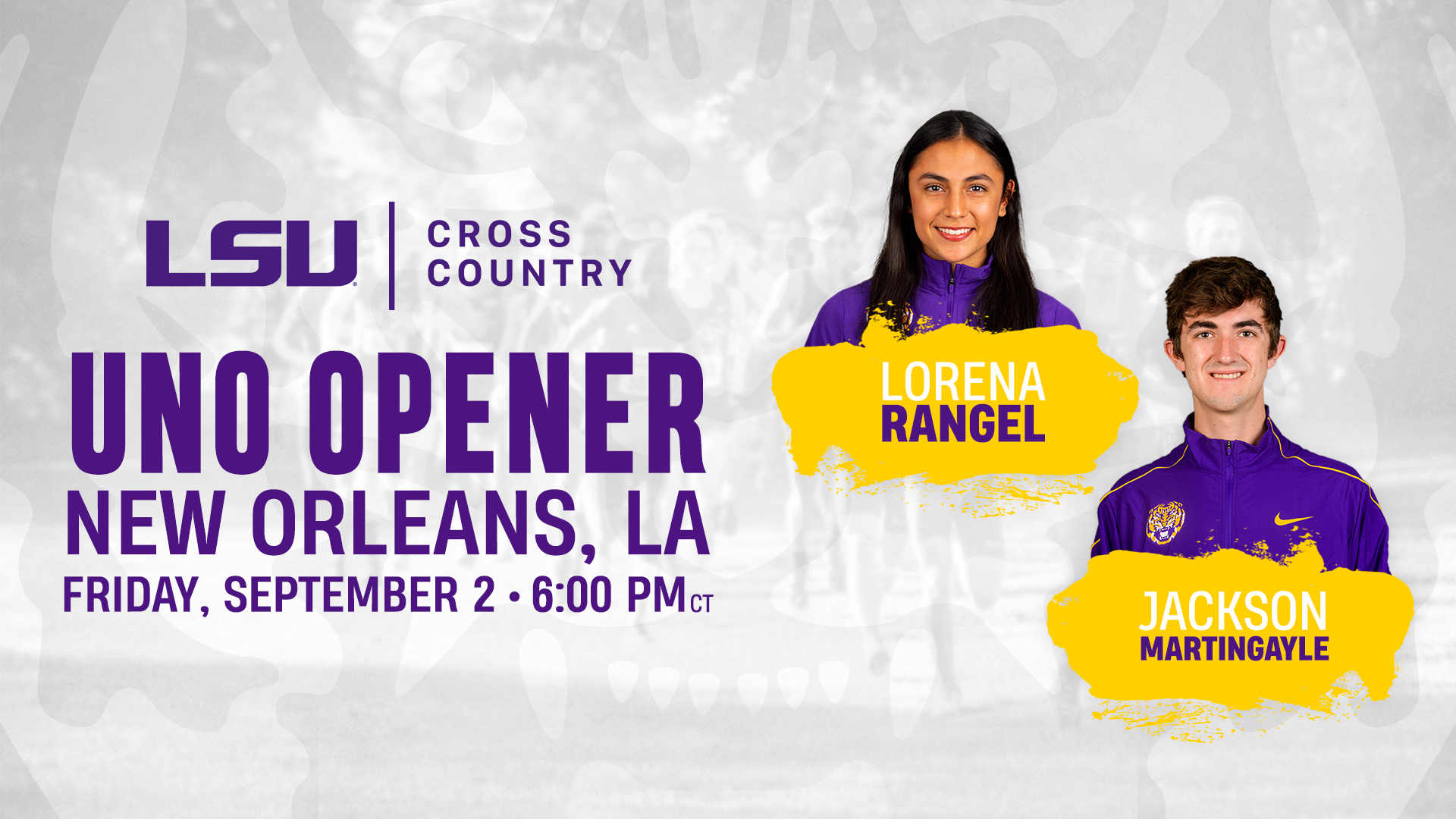 The women will run a 4K that starts at 6 p.m. CT, and the men will run a 5K scheduled to begin at 6:45 p.m. CT. The races will be staged on a mostly flat, 2,000-meter loop course, and fans will receive free pizza and drinks on a first-come, first-served basis.

LSU cross country coach Houston Franks, entering his fourth season with the Tigers, said the sultry Louisiana climate can affect preseason training; however, both the men’s and women’s teams are ready for Friday’s opener.

“For the distance runner in college, there’s never a stop,” Franks explained. “At the end of the outdoor track season in June, we usually take a week or two off, and then we’re right back going again. The difficult challenge for cross country in the South is the extreme heat in July, August, September, when we’re really trying to do a lot of high-volume training. So, we train early in the morning.

“The challenge at this time of the year is getting in the long, hard endurance stuff while battling with the heat. The kids get acclimated, and we get used to it. We’re full-tilt go right now.”

The 2022 LSU women’s team, which finished a program-best fourth in last season’s NCAA South Central Regional, features a talented roster of 19 runners, including sophomore Lorena Rangel, the 2021 Louisiana Freshman Runner of the Year and a member of the NCAA All-Region team.

“This will be the deepest women’s team we’ve had in my four years here,” Franks said. “It makes it nice because you can move some pieces, and it always makes for competitive practices. We’ve got 19 women on the roster, and I’m not sure there’s anybody I could take out of that possibility of making the Top 7 in our lineup once we get to NCAA Regional competition. That’s a good situation to be in.”

On the men’s side, Franks will count upon the veteran leadership of seniors Jackson Martingayle and Cade Martin, and junior Will Dart.

“Those guys have been around for a while, and they’ve been really solid for us throughout their careers,” Franks said. “They had really good summers of training, so I expect them to pull the wagon at the start of the season.

“The men’s team, we’re going to have a lot of new people, and we’ve got some veteran guys that have been in the program for a few years. We had a lot of young guys last year that were kind of finding their way through the fall, and they got a lot better in the spring during track season, so it’s exciting to see where they’re going to be.”