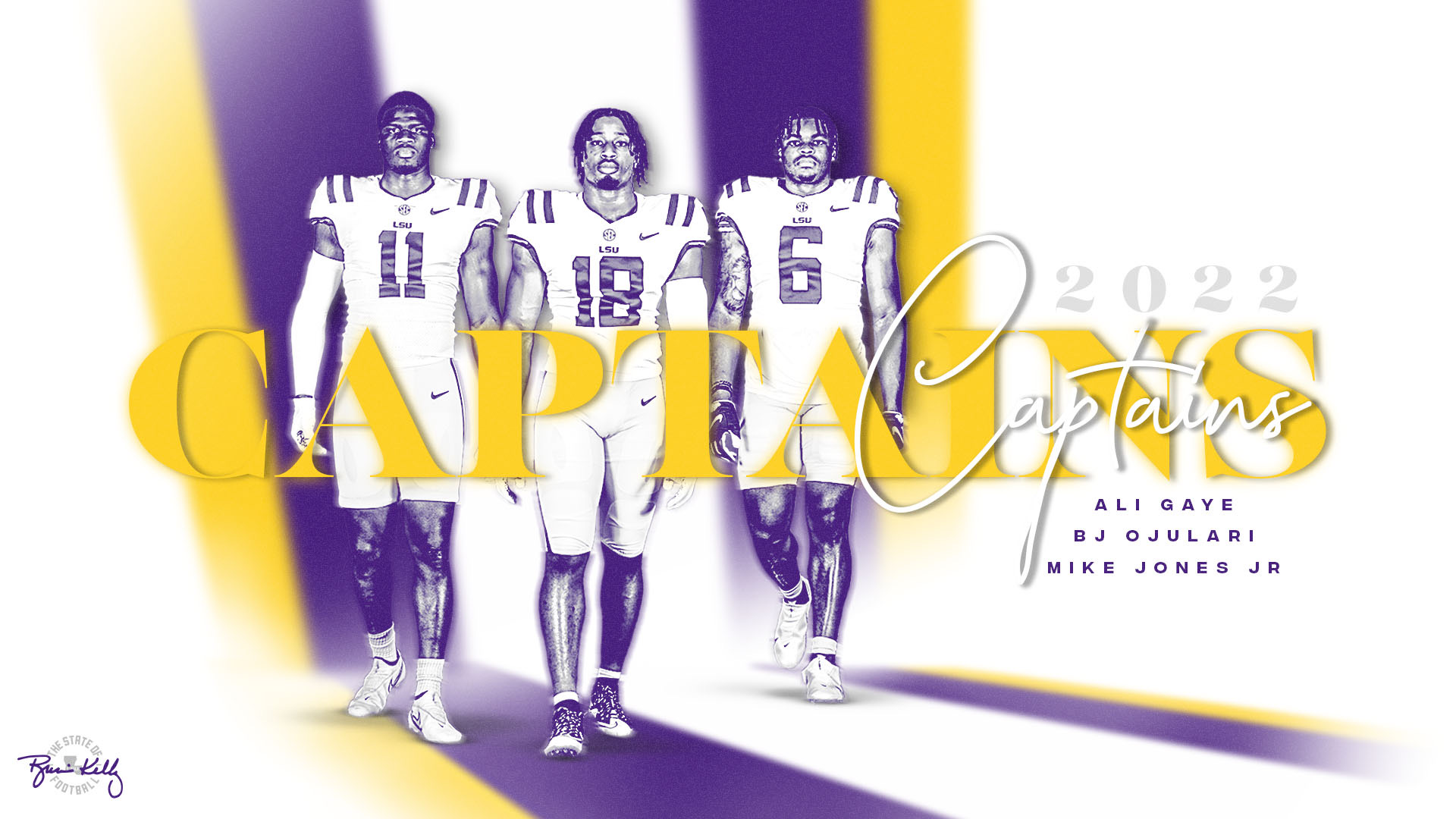 BATON ROUGE – BJ Ojulari, Ali Gaye and Mike Jones Jr. have been selected as LSU’s team captains for the 2022 season, head coach Brian Kelly announced to the team on Tuesday after practice.

The three players were selected in a vote of the team.

Kelly said Ojulari, Gaye and Jones Jr. will be joined each week as game captains with a player from the offensive side of the ball. The fourth game captain will be named on Thursdays during the season.

Ojulari, who wears No. 18, is a preseason All-America selection and enters his second season as a starter on the defensive front for the Tigers. He’s LSU’s leading returner in tackles for loss (16.5) and sacks (11.0).

Gaye, who recently graduated from LSU, is also a returning starter and helps anchor one of the best defensive lines in college football. Gaye missed most of last season with an injury. He enters his final season with the Tigers having recorded 51 tackles, 12.0 tackles for loss and 4.5 sacks in 14 games at LSU.

Jones transferred to LSU from Clemson prior to the 2021 season and appeared in 13 games with five starts a year ago. One of LSU’s most productive linebackers, Jones graduated from Clemson in three years. He enters his fifth season of college football with 81 career tackles, 10.5 tackles for loss and 1.5 sacks. In his first year at LSU, Jones had 34 tackles and a sack.

LSU opens the 2022 season on Sunday when the Tigers travel to New Orleans to face Florida State (1-0) in the Allstate Louisiana Kickoff at Caesars Superdome. Kickoff for the contest is scheduled for 6:30 p.m. and will be televised on ABC.