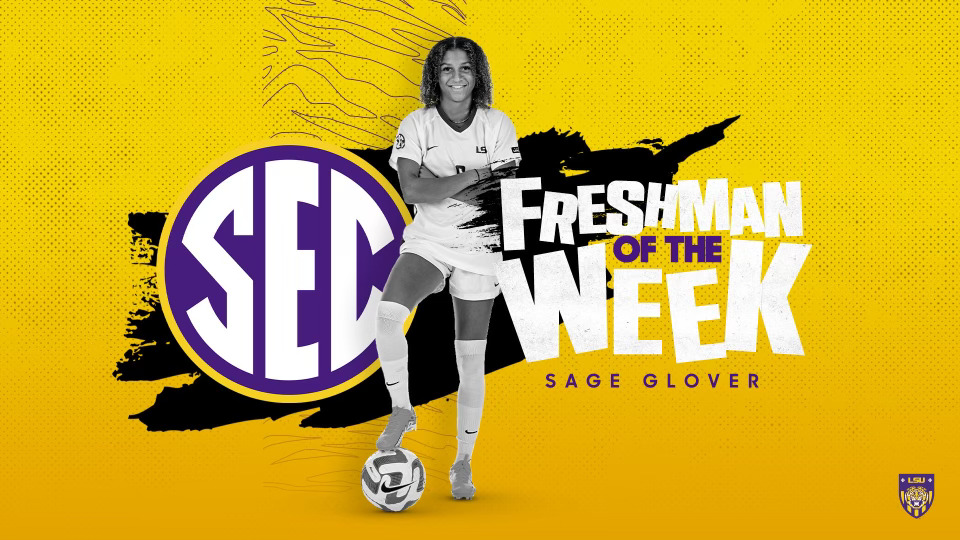 BIRMINGHAM, Ala. — Forward Sage Glover has been named SEC Freshman of the Week, the league announced on Monday afternoon.

The freshman earned the honors based on her performance in the team’s last two matchups against Pepperdine and San Diego.

The Atlanta, Georgia, native has scored two goals in the last two games, with one goal in each match respectively.

“Sage has had a seamless transition to the college game,” said head coach Sian Hudson. “She is an exciting young talent, with a big personality and I’m thrilled to see her get this honor so early in the season as she builds confidence and chemistry with her team.”

Outside of her three goals, Glover has been impressive with her ability to create space for herself and others with her movement off the ball.

Against Pepperdine, the forward found the back of the net in the 43rd minute on a perfectly timed ball from Alesia Garcia. Glover’s goal was the first in the match to put the Tigers up 1-0 against the Waves just before halftime.

The goal was the second in her career. The first came in the season opener against Stephen F. Austin in Baton Rouge.

In Sunday’s matchup against San Diego, Glover scored the third goal of the match in the 79th minute. Thoreson sent a strong and accurate ground cross from the right side of the box across to find Glover, who slotted it past the goalkeeper and made it 3-1 on the night.

Glover’s goal against the Toreros was her third of her career.