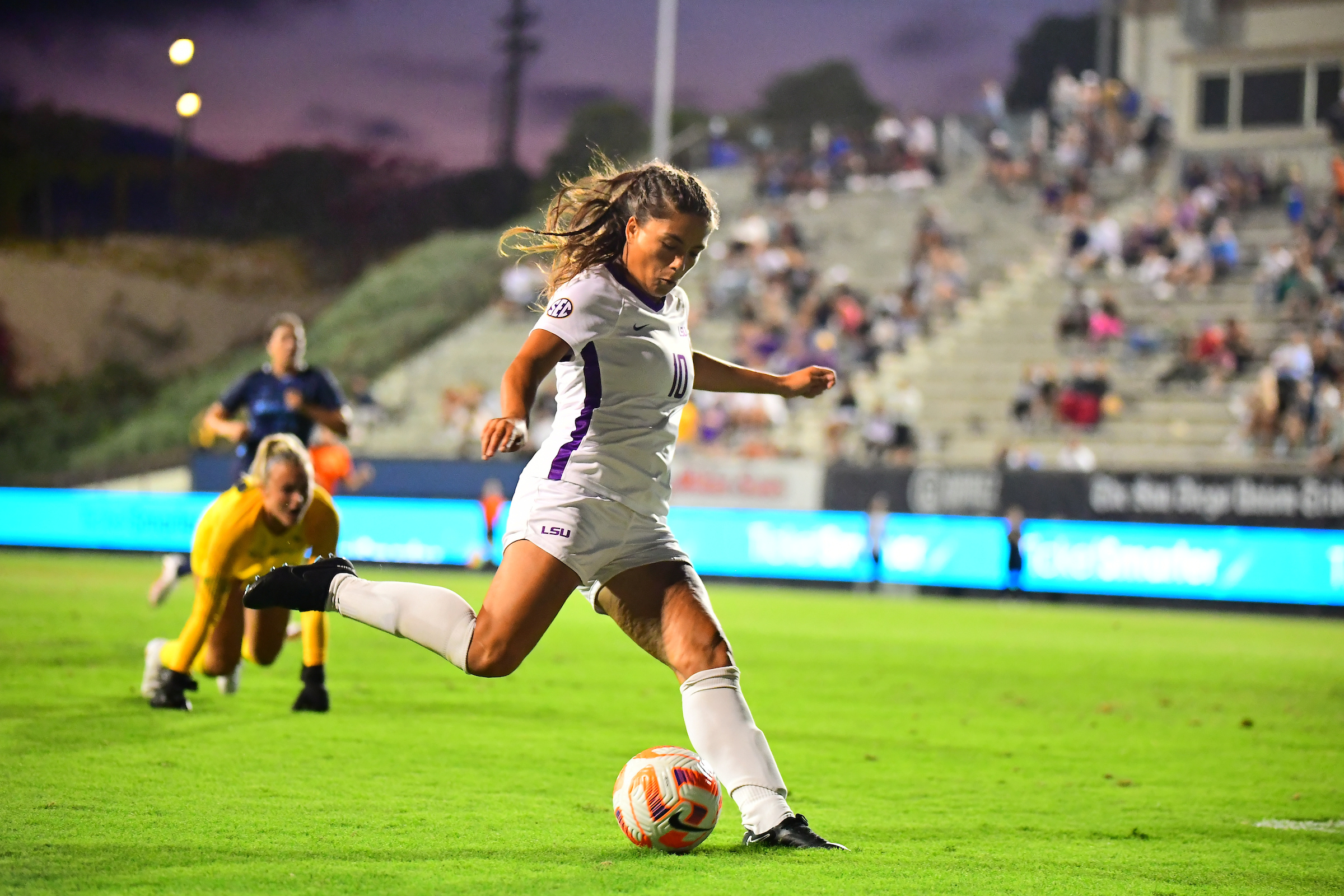 Three freshmen lead the way and scored three out of four goals on the night. Ida Hermannsdottir, Raelyn Prince, and Sage Glover all helped lead the Tigers to victory.

“It was really good to come to San Diego and come away with a big win tonight, and obviously, we had a good tie last Thursday,” head coach Sian Hudson said. “I’m overall really pleased with the trip. Tonight, it was great to get four different goal scorers on the score sheet, three of which were freshman. I think that says a lot about the future. It was great to see so many of our attackers on the scoresheet. Overall, I thought it was a professional performance.”

The Tigers struck first in the 33rd minute as Hermannsdottir scored a tremendous goal from just outside of the box to take the lead into the second half. The second goal of the match came in the 54th minute as Prince scored with a powerful shot from 22 yards out that landed in the bottom right corner. San Diego grabbed a goal back in the 73rd minute as Lexi Nobles headed home a corner to make it 2-1.

Sage Glover extended the Tiger lead 3-1 in the 79th minute as she timed her run to perfection and placed a ground cross into the back of the net. Forward Alesia Garcia concluded the scoring on the night in the 87th minute as she rounded the Torero goalkeeper and placed the ball in an open net.

Hermannsdottir and Prince scored their first collegiate goals on the night.

The opening 15 minutes was an even contest with neither team able to grab the advantage. Garcia grabbed the first shot on target of the match in the 16th minute, but it was saved by Torero goalkeeper Sophine Kevorkian. The Tigers grabbed momentum following the shot and began to take control of the game, sending close shots that were narrowly off target from Mollie Baker in the 20th minute and Angelina Thoreson in the 28th.

LSU grabbed the first goal of the game in the 33rd minute. Prince picked the ball up in midfield and sent a through ball to the right-hand side to Hermannsdottir. The Iceland international picked the ball up and took a few touches before sending a right-footed rocket that landed in the back of the net from 20 yards out. The goal was the first of her collegiate career, and Prince’s first career assist as well.

“Great finish by Ida Hermannsdottir for her first goal of the season. I think that came at a critical moment for us when maybe the game was even at that point in time. She took the goal well,” said Hudson.

The Tigers took a 1-0 lead into halftime and did not lose stride when the second half started. Nine minutes in, the lead became 2-0 as Prince did the scoring for herself this time. Midfielder Brenna McPartlan sent an inch-perfect through ball towards Prince, who took a touch to beat her defender and then sent a shot from 22 yards out that landed in the bottom-right corner. The freshman’s goal was her first in Purple & Gold, while the assist was McPartlan’s first as a Tiger.

“Brenna McPartlan came on the field and really dominated possession for us and helped control our rhythm and tempo. It was a fantastic clipped ball over the top from her to Raelyn Prince, who brought it down like an expert and just buried it,” said Hudson.

San Diego cut the lead back to 2-1 on the night in the 73rd minute. Malia Walencewicz swung a cross from a corner into the box and found the head of Nobles, who put it in frame and into the back of the goal.

LSU did not back down after conceding and responded with a goal of their own only six minutes later. Thoreson sent a strong and accurate ground cross from the right side of the box across to find Glover, who slotted it past the goalkeeper and made it 3-1 on the night. Glover’s goal was her third of the season, while Thoreson picked up her second of the year with the inch-perfect assist.

“Angelina Thoreson is just having a great season so far,” said Hudson. “It was a brilliant ball from her to Sage Glover for a textbook finish back across. Sage (Glover) is on the scoresheet again and she’s flying for us at the moment.”

Garcia capped the night off in fashion for the Tigers as she scored the fourth goal in the 87th minute. She latched on to a ball in midfield and out paced the defenders to force a one-on-one with the goalkeeper. Garcia rounded the goalkeeper with a touch to her right-side and was collected enough to place the ball into the open goal. Garcia’s goal was her second of the season and marked the second straight game she found the back of the net for the Tigers.

“Nice one there at the end to put it away from Alesia Garcia. She’s had a great weekend with two goals and an assist,” said Hudson.

LSU outshot San Diego by a margin of 14-8, with the Tigers having seven shots on goal compared to the Toreros’ one. After tallying a draw at Pepperdine, LSU pulled away and put on an impressive display on the road to earn the win against San Diego and end the team’s California road trip.

The Tigers return home to the LSU Soccer Stadium to take on Grambling State at 6 p.m. CT on Friday, September 2.