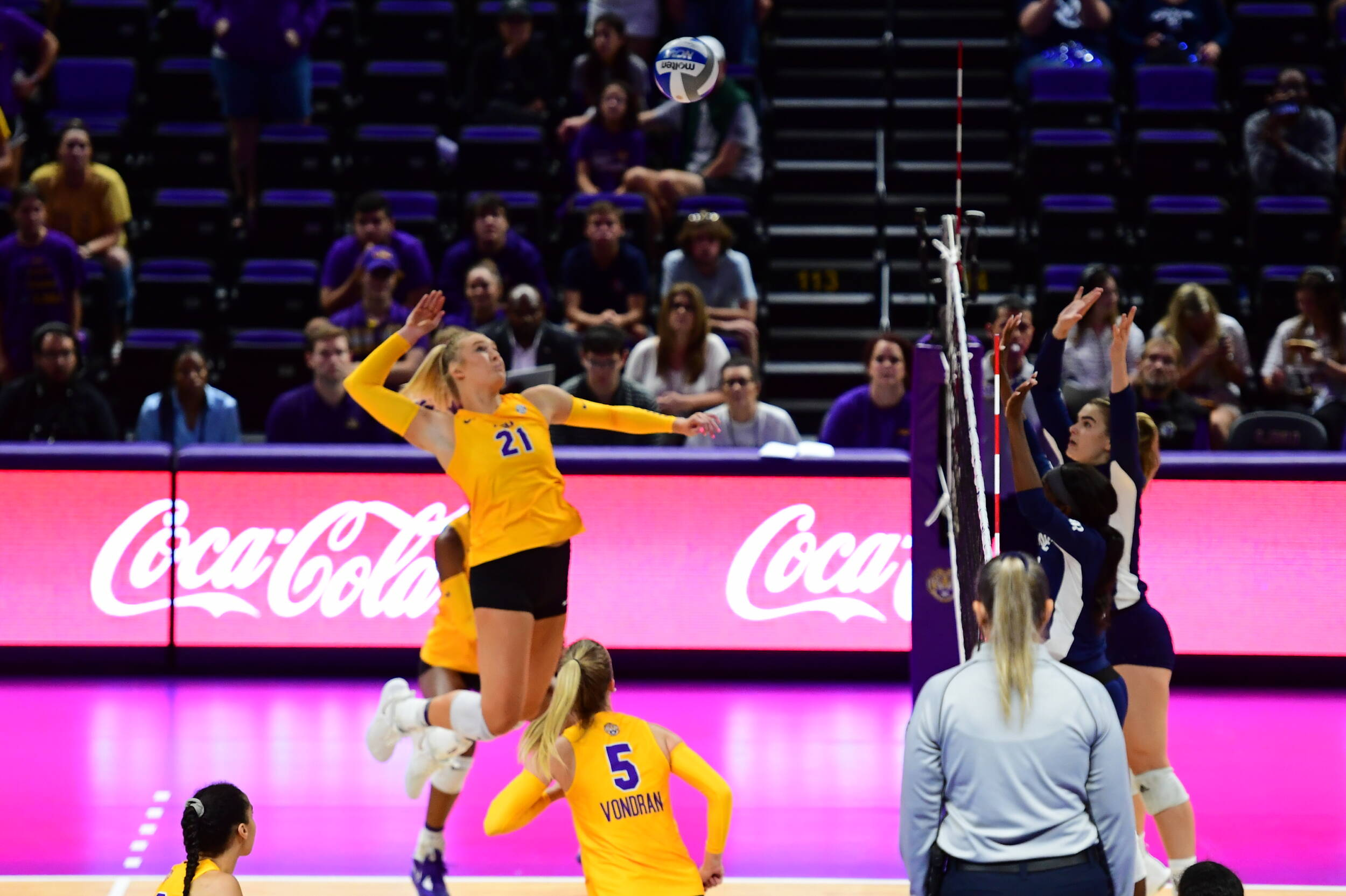 BATON ROUGE, La. – The 2022 Tiger Classic concluded with the LSU Volleyball team coming up short in an exciting five-set match against Rice Saturday at the Pete Maravich Assembly Center (PMAC).

“Obviously it’s tough to lose in five sets when you put yourself in that situation to win the match, but I thought our kids showed an incredible amount of grit today,” said head coach Tonya Johnson. “We will bounce back from this and will continue to learn and grow from it.”

Both clubs hit .171 on the day with LSU winning the battle in total kills 60-54, and both served well with Rice logging seven aces to LSU’s six. The Tigers also edged the Owls 81-77 in digs, but Rice won the battle at the net as they registered 14 blocks to LSU’s nine.

Outside hitter Sanaa Dotson matched an LSU career-high 21 kills with a .319 hitting percentage and turned in a career-high three aces. She was one dig shy of a double-double and finished with one block. Right side Hannah Jacobs totaled 13 kills and had a team-best seven blocks, while outside hitter Samarah Hill turned in 12 kills, nine digs and one ace. Setter Josie Vondran had 38 assists in the match and freshman setter Maddie Waak chipped in 13 helpers. Defensively, libero Ella Larkin led all players with 34 digs, and middle blocker Anita Anwusi had five blocks to go along with six kills.

“We had a great start to the season beating Samford but was also disappointing losing to Houston in such an electric atmosphere,” said Coach Johnson. “We had our chances in that match [Houston] but we did not take advantage of the opportunities. You don’t want to start a season 1-2, but we saw some great things today from our team who are still gelling together. We have a ton of work to do, but we will continue to work and get mentally tougher because we have the skills, and we have the talent.”

LSU will host the Tiger Challenge Sept. 2-3 where they will host Troy, Iowa State and No. 20 Penn State.