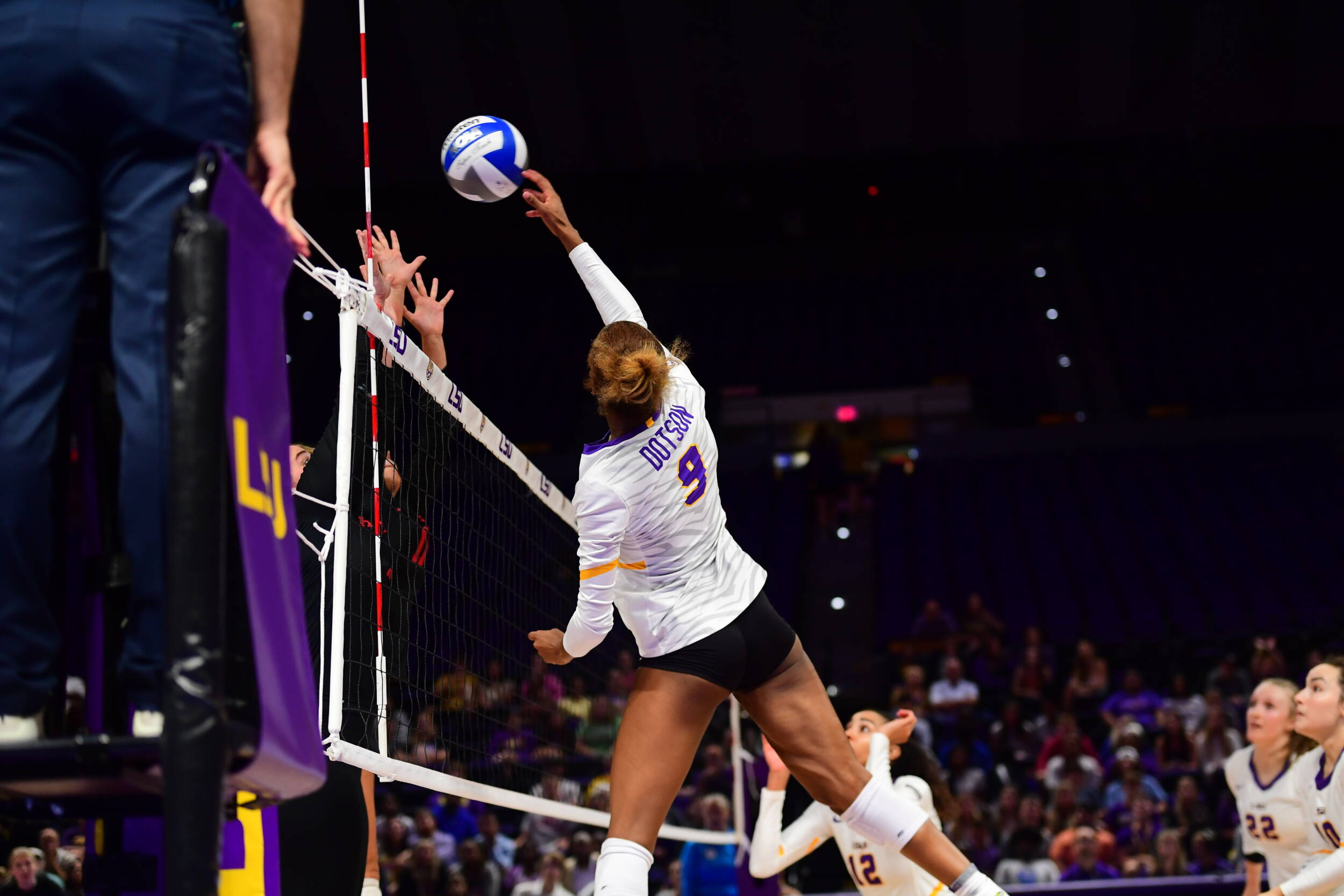 Outside hitter Sanaa Dotson led the Tigers with 16 kills on the night. Right side hitter Hannah Jacobs followed closely with 15 kills. Ella Larkin and Jill Bohnet anchored the defense with 19 digs each, while Anita Anwusi led the team with three blocks.

LSU concludes opening weekend with a 3 p.m. match against Rice. Rice (2-0) swept both of its matches Friday against Houston and Samford.