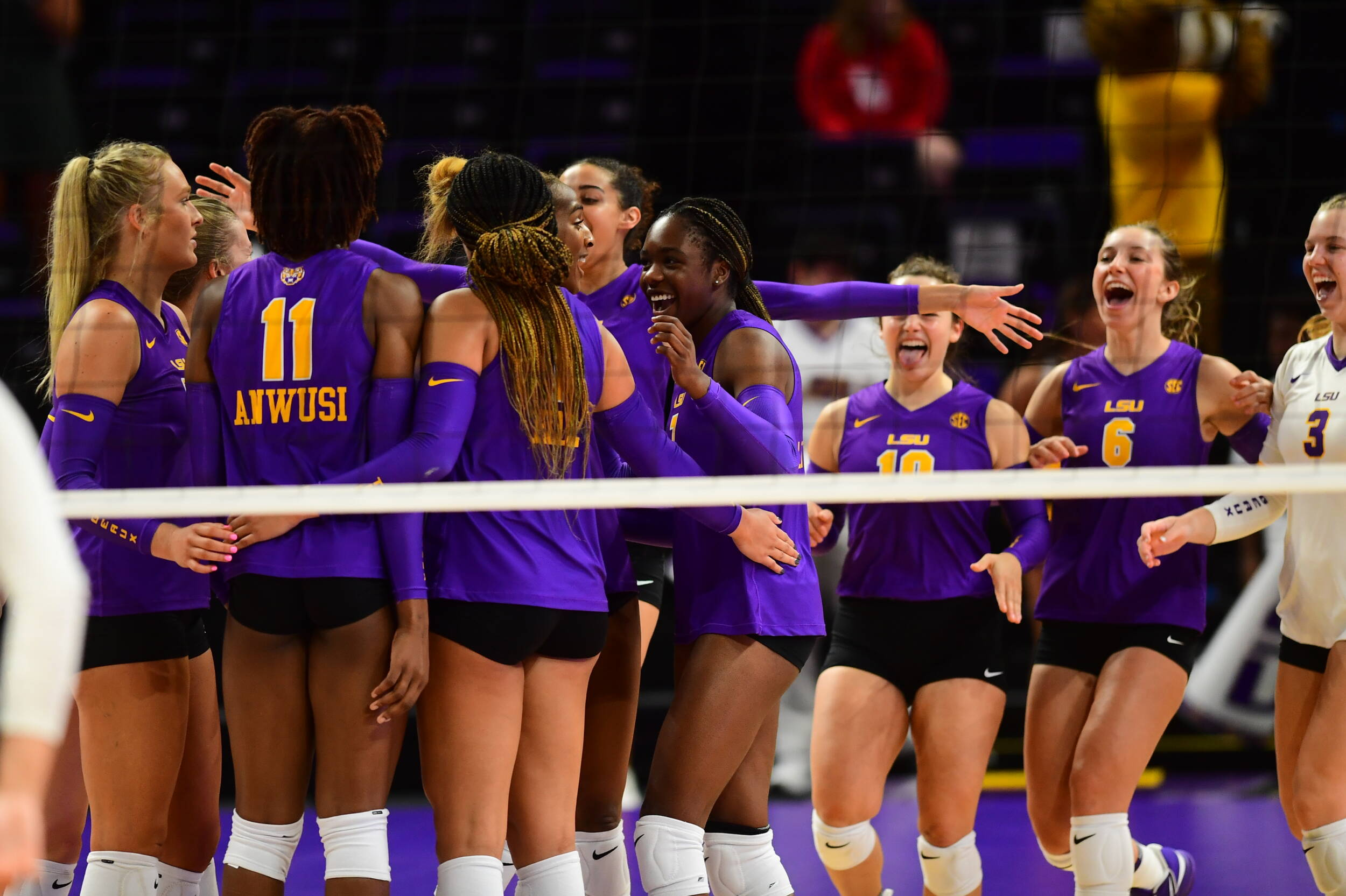 Outside hitter Sanaa Dotson finished with a double-double as she led the Tigers with 15 kills and finished with 11 digs. Right side Hannah Jacobs and outside hitter Samarah Hill followed with eight kills each. Middle blockers Anita Anwusi and Alia Williams paced the defense with four blocks each and liber Ella Larkin had a match-high 12 digs.

LSU will return to the floor at 7:30 p.m. and close opening day with a contest against Houston.