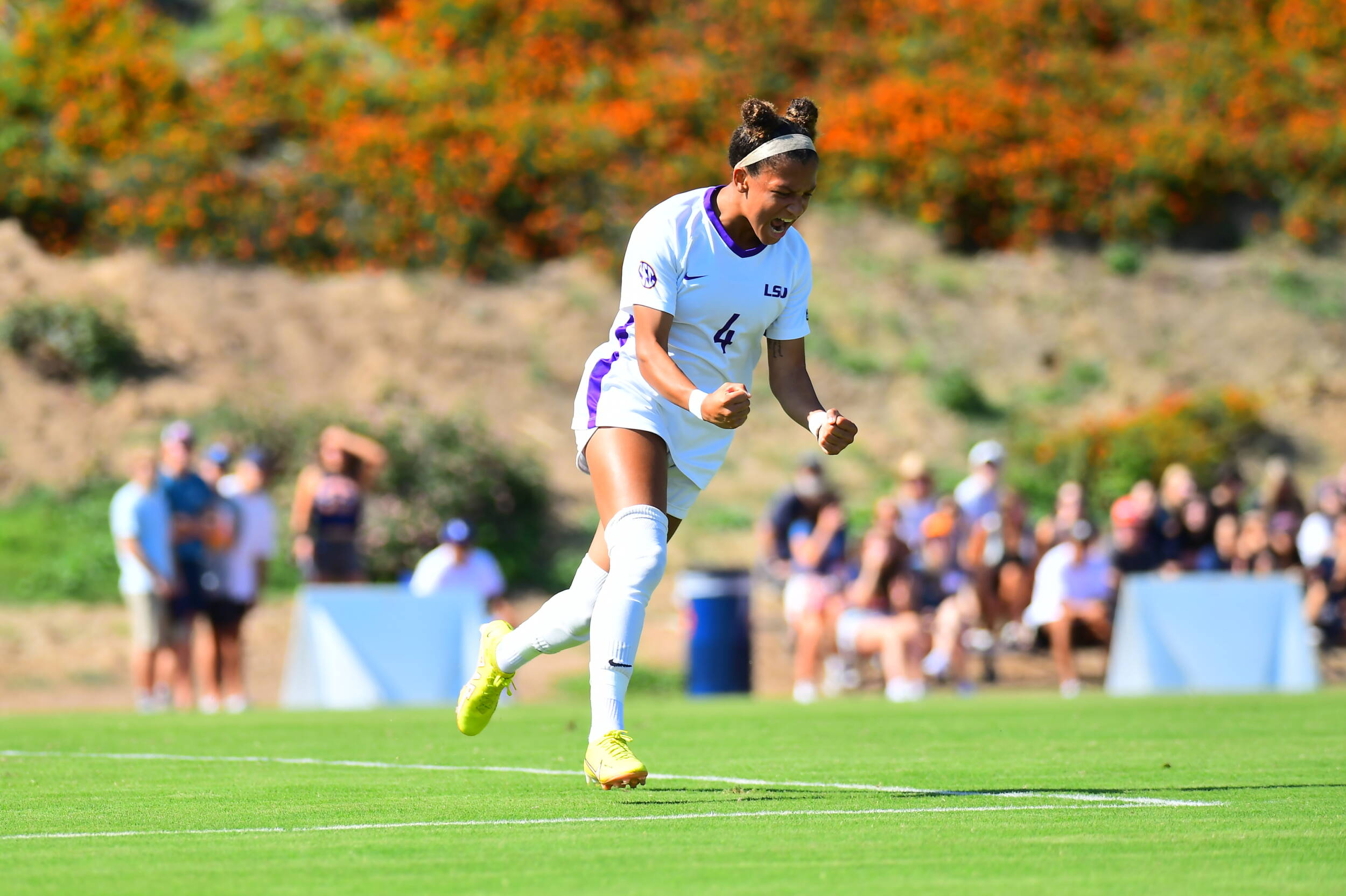 The Tigers’ two goals of the match came from freshman Sage Glover in the 43rd minute and fifth-year senior Alesia Garcia in the 54th minute. Tabitha LaParl scored the first goal for Pepperdine in the 64th minute, followed by an equalizing goal from Tatum Wynalda in the 69th minute.

“All-in-all, a draw was a fair result for the match.” head coach Sian Hudson said. “In terms of chances created, Pepperdine was the better team in the first half. Despite that, we picked up a goal against the run of play from a lovely through ball by Alesia Garcia that was finished by Sage (Glover). To come on the road and score against Pepperdine, one of the country’s best teams in the last few years, is a great performance. The team is learning a lot from week-to-week in terms of adapting. There’s so much potential in this group. Once we fix some of these small things breaking down for us, I think we’re going to be a difficult team to beat.”

LSU goalkeeper Mollee Swift was first called into action in the 6th minute as she came off her line and blocked a shot on frame from LaParl with an outstretched leg. Swift was vital for the Tigers throughout the first half as she made saves in the 9th, 13th, 18th, 28th, and 36th minutes that kept the score line even at 0-0.

It was the Tigers who struck first just two minutes before halftime. LSU intercepted the ball at midfield and a ball was played up to Garcia. Garcia played a through ball in the final third that found Glover, who timed her run perfectly to take a touch and then score with a left-footed hit from ten yards out. The freshman gave the Tigers a 1-0 lead in the match and scored her second goal in three games for the Tigers in the process.

“We scouted before the game that the Pepperdine defense played offside traps, and Sage’s timing and finish was timed to perfection,” said Hudson.

LSU entered halftime with a one goal lead and came out on the front foot to start the second half. The lead was extended to 2-0 in the 54th minute, this time with Garcia scoring the goal. Midfielder Jordan Johnson arrived in the box and sent a shot on frame from 16 yards out. The Waves goalkeeper was unable to control the ball in a busy box and Garcia pounced on the loose ball opportunity and placed it into the back of the net. The goal was the first of the season for Garcia and the 26th of her collegiate career. Johnson’s assist was her first of the season and second in her career.

“We’re very proud of Alesia for her performance today,” Hudson said. “A goal and an assist, just overall stellar.”

Pepperdine responded to the goal with energy and grabbed their first goal of the day in the 64th minute. Kelsey Hill found LaParl in the box, who took a shot from 12 yards out that was deflected and bounced past Swift to cut the lead down to 2-1.

Five minutes later, Wynalda equalized it for the Waves. LaParl sent a ball from the left flank into the middle of the box and found Wynalda, who took a touch and ripped a right-footed effort from 10 yards out. The goal made it 2-2 and was the final of the day.

Swift remained composed for the Tigers following the two goals and picked up saves in the 85th and 88th minute to finish the match with nine saves, a season-high and one short of her career-high in a single match.

Neither team could find a third and the match finished all-even.

LSU concludes its California road trip as they head to San Diego to take on the San Diego Toreros at 8 p.m. CT on Sunday, August 28.

The assist from Garcia & the finish from Glover 🔥@Alesia__13 x @Sageglo