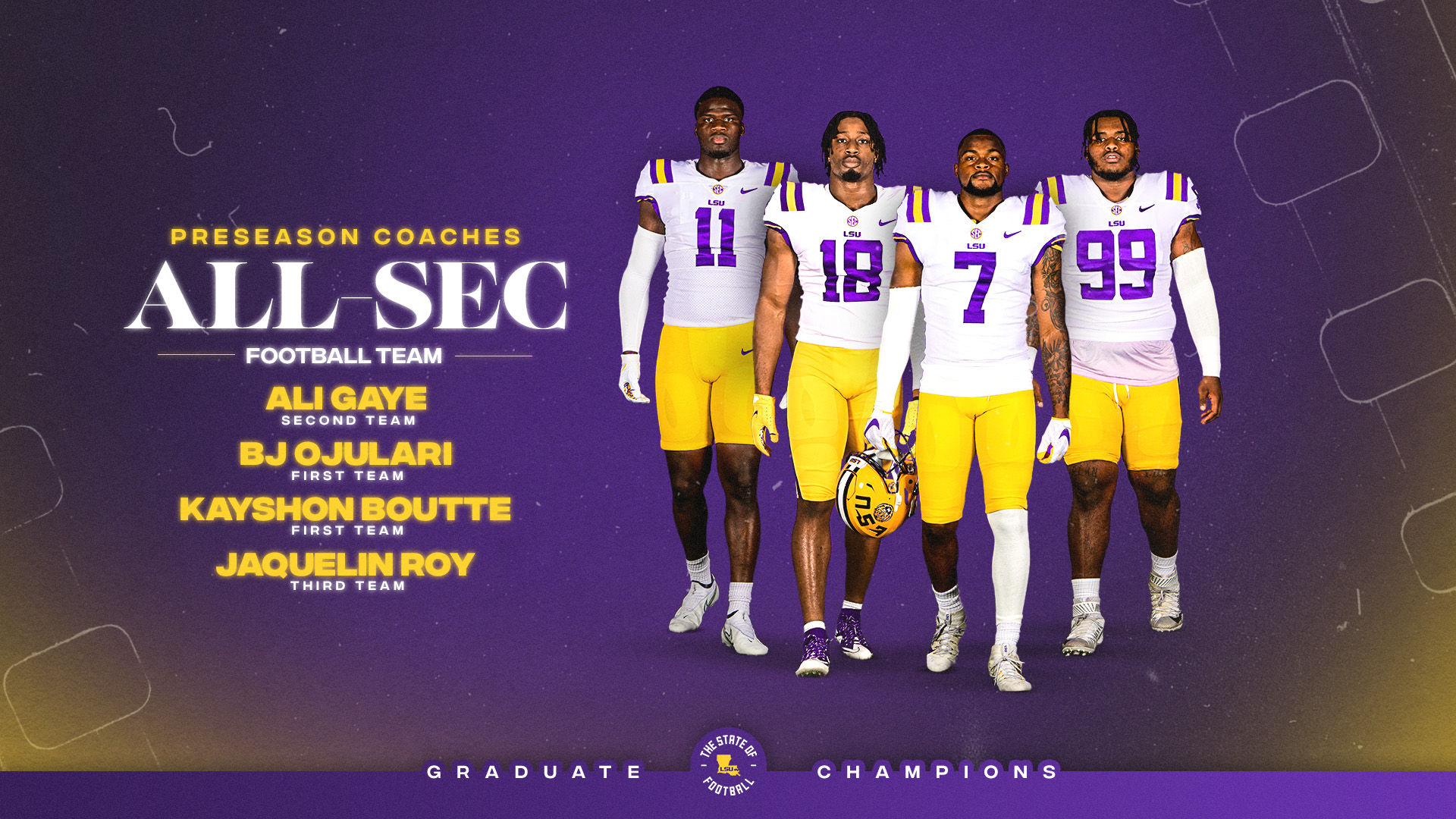 Boutte, who was named first team preseason All-America by the Associated Press on Monday, led LSU and ranked among the league leaders in receiving yards (509) and touchdowns (9) despite playing in only six games a year ago. Boutte enters 2022 with 83 career receptions for 1,244 yards and 14 touchdowns. He’s the SEC single-game record holder for receiving yards with 308 on 14 catches in the win over Ole Miss in 2020.

Boutte missed the final seven games of the 2021 season after suffering an injury against Kentucky in week 6. At the time of his injury, Boutte led the nation in receiving touchdowns (9). Boutte also tied the school-record for consecutive games with a touchdown reception (7) before the injury ended his season.

Ojulari, entering his second season as a starter for the Tigers, led LSU in sacks (7) and was second on the team in tackles for loss (11.5) in 2021. Ojulari had 55 tackles and nine quarterback hurries a year ago as he was one of the most productive defensive linemen in the SEC.

Gaye, a recent LSU graduate, enters his third season with the Tigers in 2022. Gaye earned 2020 second team All-SEC honors. In two years at LSU, Gaye has accounted for 51 tackles, 12 tackles for loss and 4.5 sacks. and he’s recorded

Roy, a junior from Baton Rouge, has appeared in 22 games during his career, starting against Kansas State in the Texas Bowl last season. He’s recorded 48 tackles, 10 tackles for loss and 3.5 sacks.