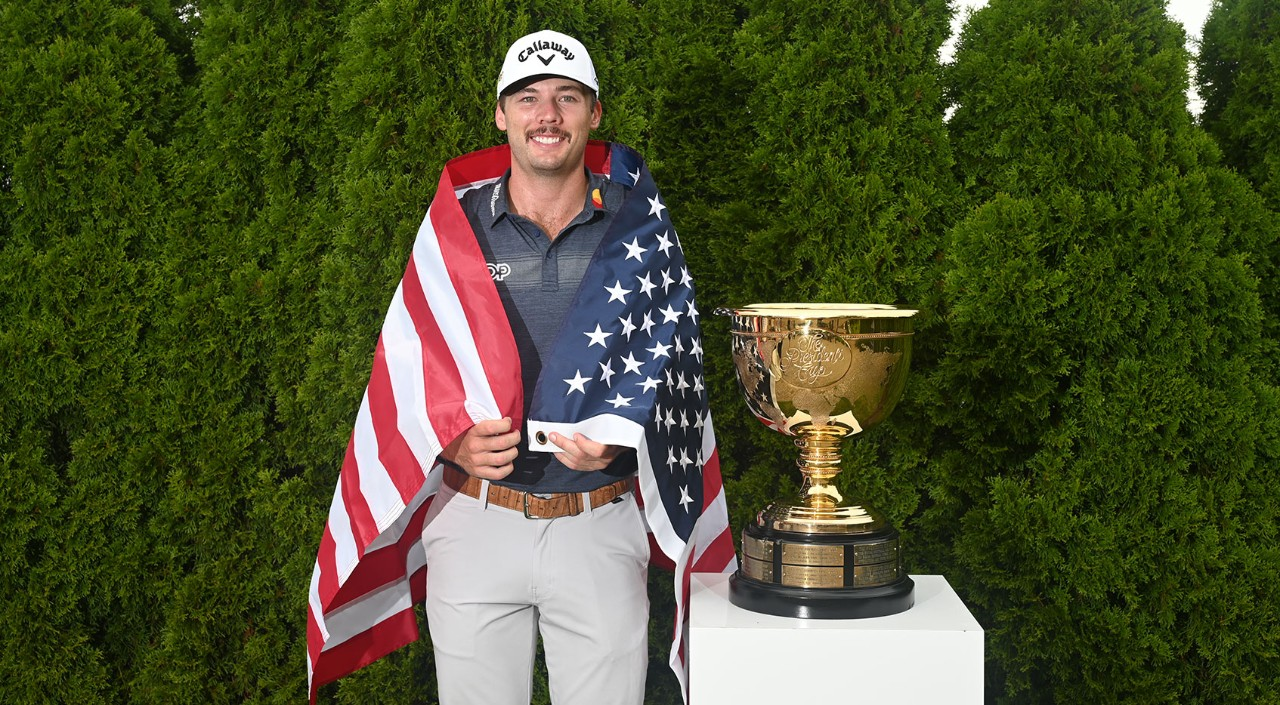 BATON ROUGE – Former LSU golf standout Sam Burns of Shreveport, who has recorded four career wins on the PGA Tour at the age of 26, earned his first President’s Cup invitation as the first six qualifiers for the 2022 event were announced after play Sunday in the BMW Championships in Wilmington, Delaware.

It could be an even bigger week for Burns as he will go in fifth in the Fed Ex standings heading to the Tour Championship beginning Thursday at East Lake Golf Club in Atlanta, Georgia.

For Burns, his 2021-22 season was a breakout year, winning the Sanderson Farms Championship in his first start of the season before adding wins in playoffs at the Valspar Championship and the Charles Schwab Challenge. He finished runner-up in his home state alongside partner Billy Horschel at the Zurich Classic of New Orleans.

“This will be Sam’s first time playing in the President’s Cup, but he’s been in the process for a few years now, has been close, and I know he’s chomping at the bit to get to Quail Hollow,” said American Captain Davis Love III. “He’s a steady, confident player, but also a great teammate and someone you want to partner with inside the ropes. He is one of the fiercest competitors we see on the PGA Tour each week and is simply a guy who hates to lose.”

The President’s Cup will be contested at Quail Hollow Club in Charlotte, North Carolina, the week of September 20-25.

Burns enters the tournament in fifth place and will start play at 5-under par, five shots behind FedEx leader Scottie Scheffler. Patrick Cantlay will be at 8-under, Will Zalatoris at 7-under and Xander Schauffele 6-under, all in front of Burns.

The winner of the Tour Championship and the FedEx Cup wins $18 million in bonus money.

The Tour Championship will air from noon-5 p.m. Thursday and Friday on The Golf Channel with NBC coverage on the weekend from 1:30-6 p.m. on Saturday and 12:30-5 p.m. on Sunday.