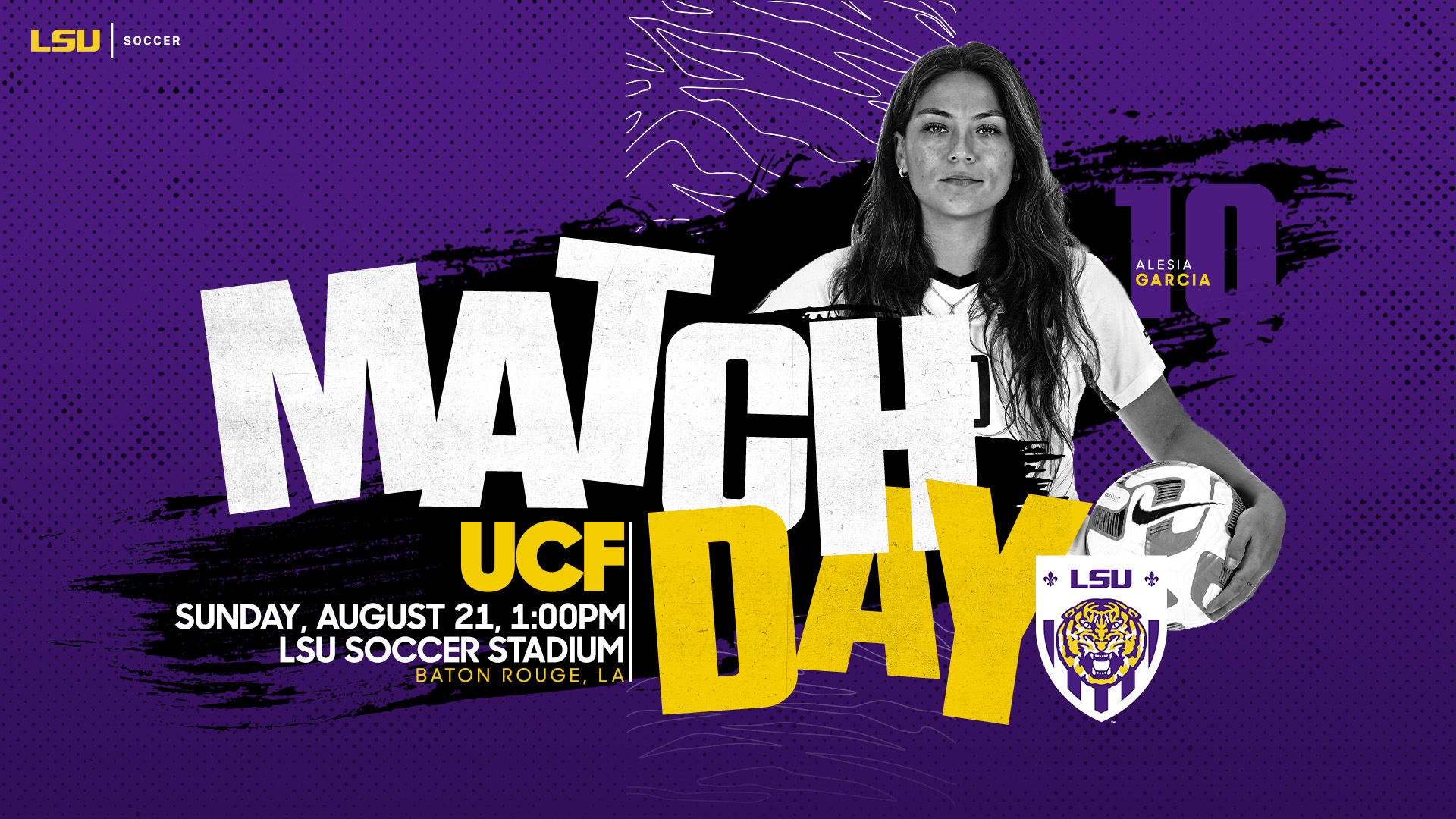 The matchup will be broadcasted on SEC Network Plus and live stats are available on lsusports.net.

There will be a pre-match koozie giveaway. Admission to the match is free to the public. Gates to the soccer stadium open at noon.

The Tigers opened the 2022 season on Thursday, August 18, with a 5-0 win over Stephen F. Austin. The five goal win was the largest opening game win for LSU since 2017, when they defeated Mississippi Valley State by the same scoreline.

Forward Taylor Dobles opened the scoring in the 15th minute with a dipping shot from 12 yards out for the second brace of her career. The Florida native concluded the scoring on the night after slotting home a rebound in the 77th minute.

The brace snaps a goal drought for Dobles, who last scored in the 2020 SEC Tournament against Alabama, where her two goals were vital in a 2-0 win.

Redshirt sophomore Mollie Baker and freshman Sage Glover scored the first goals of their collegiate career in the season opener.

Baker tucked away the second goal of the night in the 30th minute, while Glover’s goal came only two minutes into the second half as she headed the ball into the back of the net in the 47th minute.

Jordan Johnson, a junior from Denver, Colorado, also joined in on the action with a goal in the 75th minute. The midfielder found the back of the net on a rebound from her first shot, scoring the second goal of her career.

Sunday afternoon’s matchup between the Tigers and the Knights will be the fourth time that the two will face off.

The 2022 roster features 32 athletes, 11 of which are newcomers to the squad. Five countries are represented in the squad (United States, England, Ghana, Iceland, and Sweden).

Returning to the lineup are seniors Maya Gordon and Rammie Noel. The two registered over 1,000 minutes across last season and will look to lead this year’s team from the backline along with Cooke and Jennings.

Senior goalkeeper Mollee Swift returns for her third season between the posts in purple and gold.

The 2021 season was the best yet for Swift, who started all 20 games for the Tigers and finished the year with eight shutouts and a Goals Allowed Average of 1.25 per 90 minutes. Her 81 saves on the year ranked her 3rd in the SEC and she earned the first national honors of her career as she was named Top Drawer Soccer’s National Player of the Week and United College Soccer Coaches National Player of the Week on August 31 and September 1 respectively for helping the Tigers secure road wins at No.15 USF and No. 19 UCF.

LSU will look to continue building under head coach Sian Hudson, who enters her third season at the helm.

The Tigers finished the season 11-8-1 and earned the program’s seventh berth in the NCAA Tournament, where they were defeated by a score of 3-0 at Memphis in the first round.