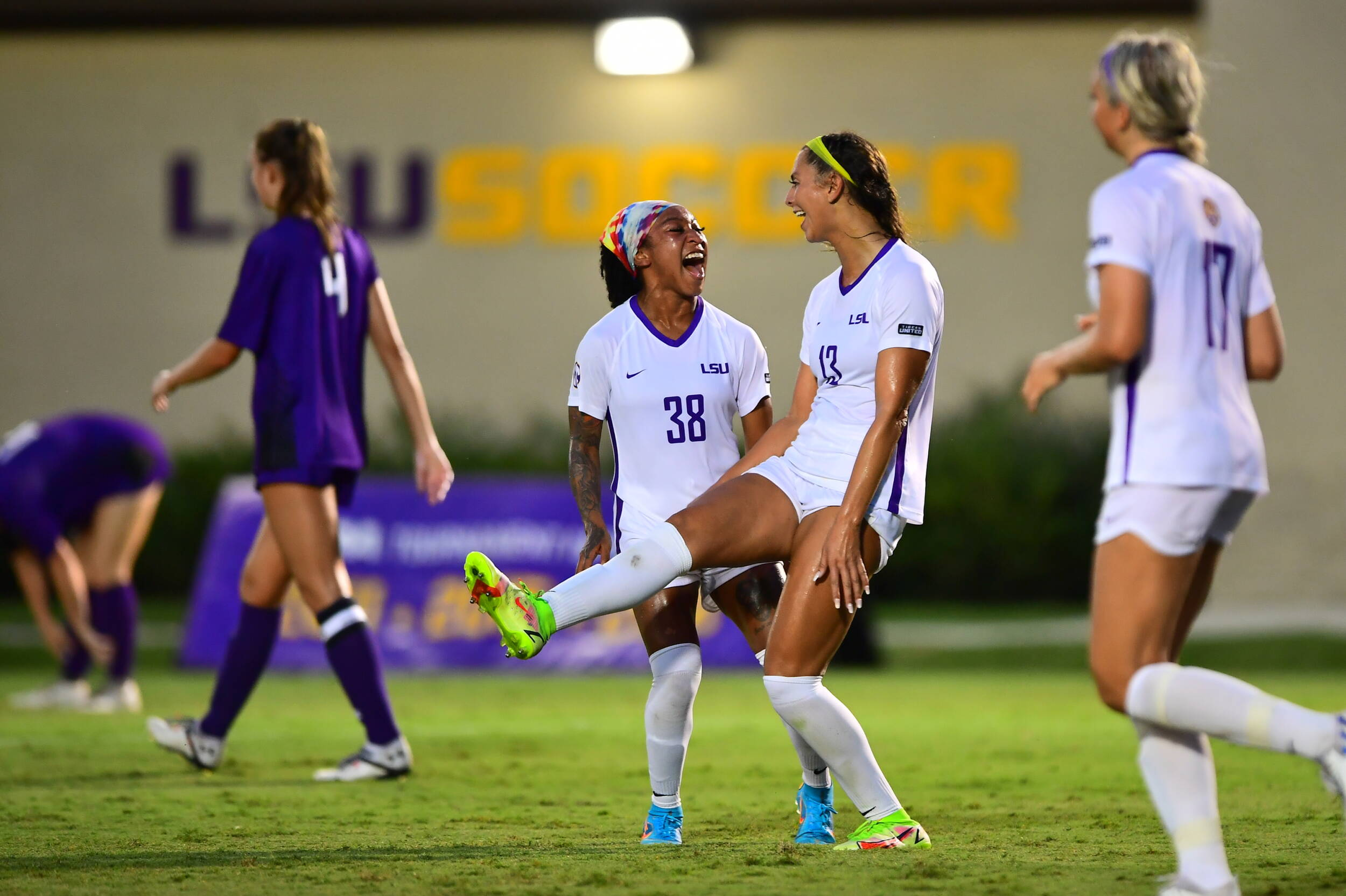 Taylor Dobles opened the night with a goal in the 15th minute before Mollie Baker scored the second in the 30th. The second half saw the Tigers score three goals with Sage Glover scoring two minutes into the half, Jordan Johnson scoring in the 76th minute, and Dobles adding a second to her tally in the 77th.

“We’re really pleased with the performance tonight from the team,” head coach Sian Hudson said. “To win 5-0 in our first game is a great accomplishment. I’m proud of the players in terms of possession and ball movement. I think we wore them (Stephen F. Austin) down through the game and as they got tired, we were able to take advantage of that.”

“We had excellent individual performances from the team. Angelina Thoreson on the right was a thorn in the side of their defense. Taylor Dobles scored a double, which is great to get her going early in the season. Sage Glover scored on her debut, which is fantastic for her. We kept a clean sheet and limited their chances all game, so overall we’re just pleased.”

The Tigers dominated the contest from start to finish and came out of the gate strong. Midfielder Jaden Humbyrd sent the first shot of the game on frame in the 3rd minute that was saved by Ladyjack goalkeeper Koral Hughes. Hughes was called into action once again in the 10th minute, this time saving a shot on frame from forward Alesia Garcia shot from the top of the box.

The first goal of the night came in the 15th minute. Defender Rammie Noel picked up the ball in midfield and dribbled down the left flank before finding Dobles on the left side of the box. Dobles cut inside on her right foot and sent a shot in from 15 yards out that went above the goalkeeper and dipped into the back of the net to give the Tigers a 1-0 lead. The goal was the 4th of Dobles’ career, and first since the 2020 SEC Tournament. Noel’s assist was the fifth of her career.

Start us off right, Taylor 🔥

The lead was extended to 2-0 in the 30th minute after a strong sequence of team play. Midfielder Ida Hermannsdottir found Thoreson on the edge of the box. Thoreson drove into the box and sent a ground-pass across goal, which found Baker as she tapped it in from four yards out. The goal was the first of Baker’s collegiate career, and the first assist for Thoreson.

The Tigers took a 2-0 lead into half-time and picked up right where they left off when the second half began. Two minutes in, Glover capitalized on a defensive error from the Ladyjack defense and sent a header on target that found the back of an open net and made it 3-0 on the night. The freshman from Atlanta, Georgia took only 12 minutes on the pitch to score the first goal of her collegiate career.

The freshman from Atlanta 😤

Johnson made it 4-0 on the night in the 76th minute. A ball was sent in from the left flank and found Johnson, who sent a shot on the half-volley from 12 yards out that hit the left post. Johnson followed the shot and found herself on the end of the rebound, where she slotted the ball into the bottom right corner. The goal is the second of her career, and first since the 2021 season opener where she scored in a 2-1 win over Southern Miss.

Johnson finds the back of the net ‼️

The final goal of the night came a minute later as Dobles doubled her tally. A cross from the left-hand side was sent into the box and found Garcia, when she then took a spinning touch and sent a shot from 10 yards out that was saved by the goalkeeper. Dobles was quick to react and pounced on the rebound to score her 5th goal of her career and final goal of the night. This is the second two-goal performance in her career, with the first coming in a 2-0 win over Alabama in the 2020 SEC Tournament.

13' | Dobles Doubles ✌️@taylordobles_17 scores her second goal of the night!

The 5-0 victory is the largest opening win for the Tigers since the 2017 season, where they defeated Mississippi Valley State by the same margin.

Up Next
The Tigers host the UCF Knights at the LSU Soccer Stadium at 1 p.m. CT on Sunday, August 21.