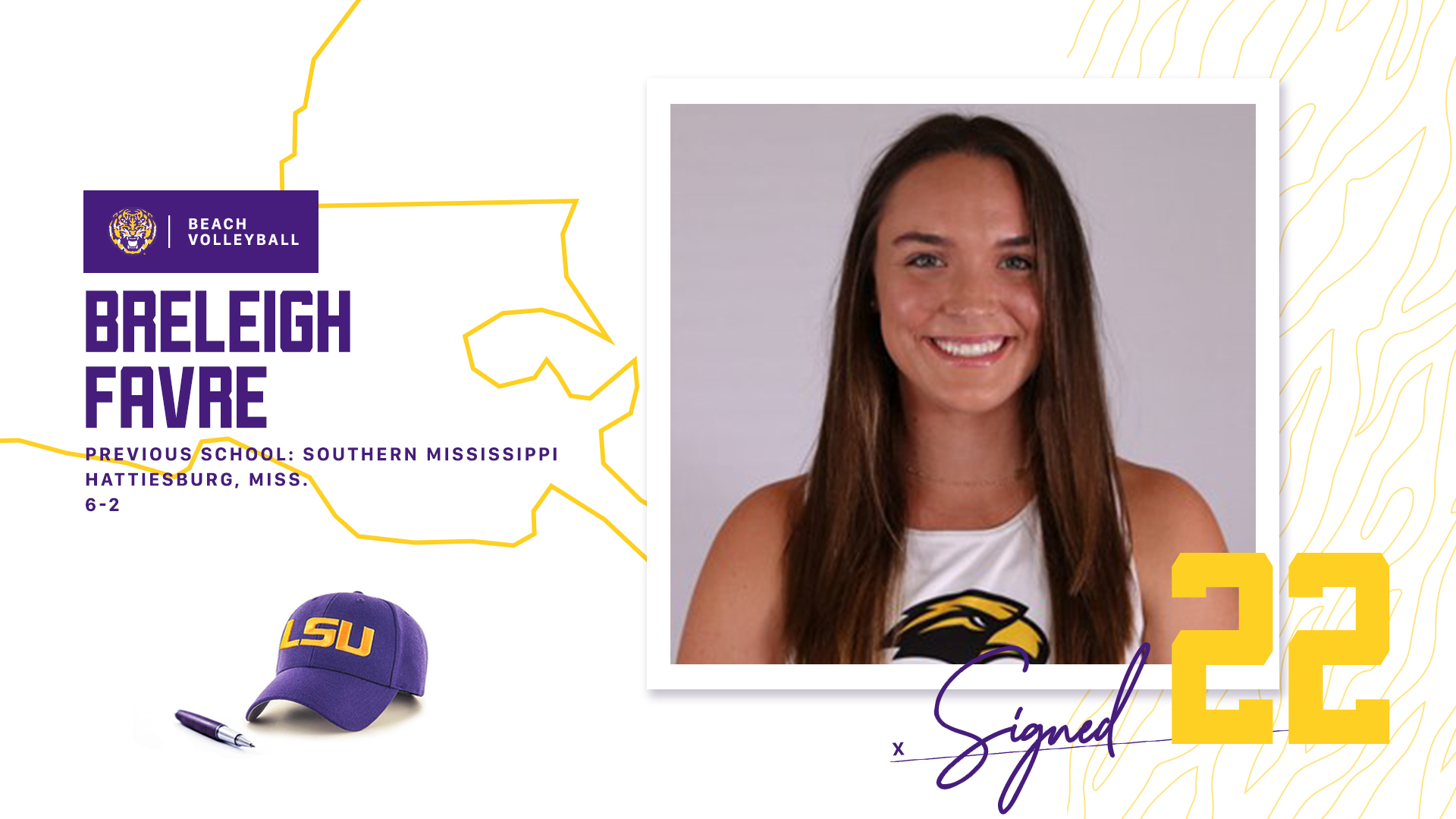 BATON ROUGE – Russell Brock and the LSU Beach Volleyball program have signed Breleigh Favre as an experienced graduate transfer from Southern Mississippi who will look to make an impact in the sand for the Tigers.

“We are excited to add Breleigh to our roster,” Brock said. “We’ve always respected her ability and her energy when we’ve played against her for the last four years. We are looking forward to working with her to continue her growth as a player and we’re anticipating that she will really positively impact our beach family with her work ethic and personality.”

Favre played both indoor and beach volleyball for the Golden Eagles in Hattiesburg. After playing indoor in 2017 and 2018, Favre moved to the sand and was on USM’s inaugural beach volleyball team in 2019. With 36 career victories, she is the fourth winningest player in USM history. Earlier in the spring, Favre played on Court 1 four the Golden Eagles and won 11 matches.

Throughout her time in the sand at USM, Favre played on every court except Court 5 and during her final season there she played solely on the top court.

Favre is no stranger to LSU Beach Volleyball Stadium where she has played in tournaments during the 2019, 2021 and 2022 seasons.

Favre is the daughter of NFL Hall of Fame quarterback Brett Favre and her mom, Deanna, played collegiate basketball at Perl River CC.