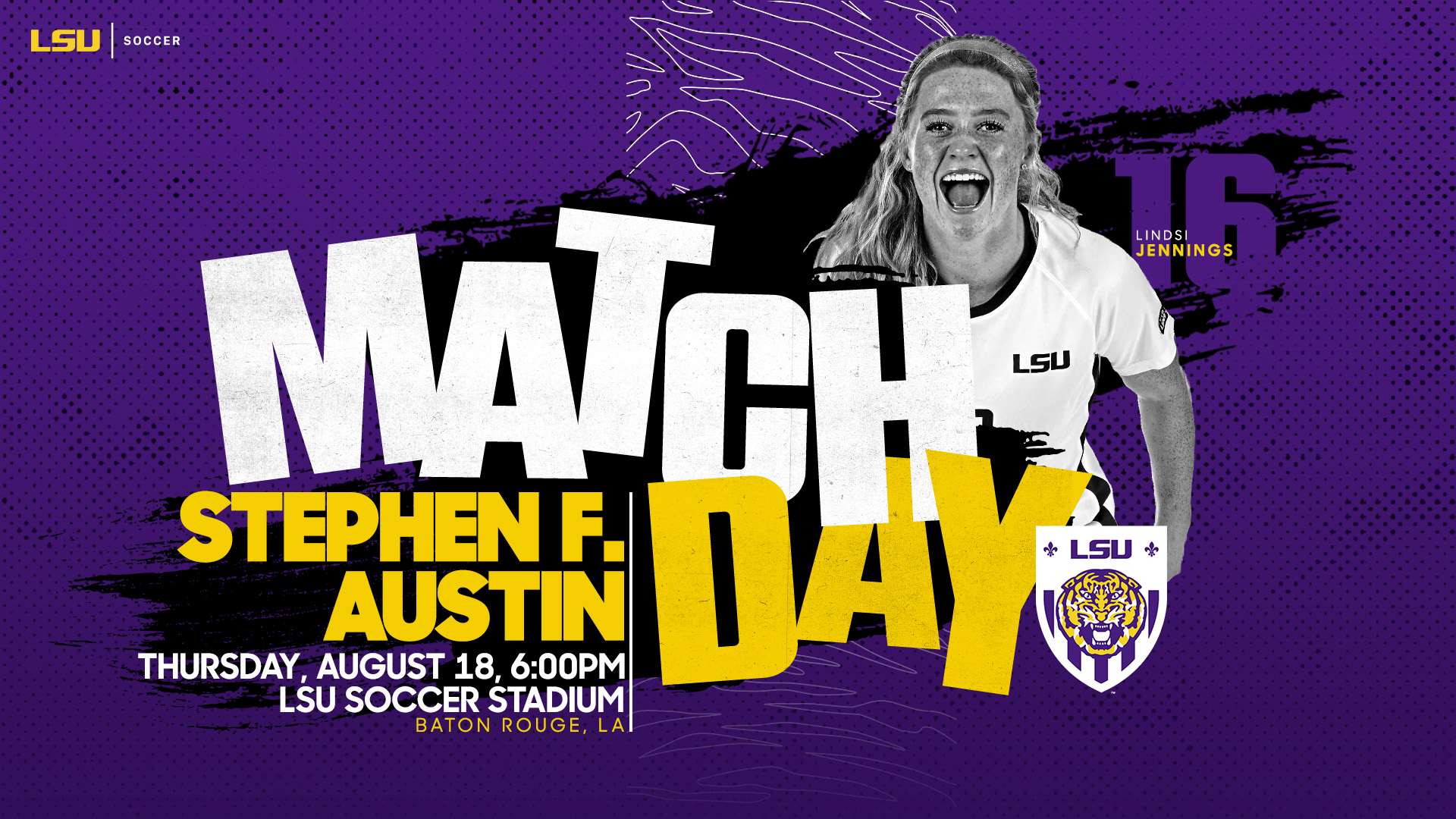 Baton Rouge, La – The Tigers are set to host Stephen F. Austin for its season opener on Thursday, August 18 at 6 p.m. CT at the LSU Soccer Stadium.

The match will be broadcasted on SEC Network+ and live stats for the game can be found on LSUstats.com.

Admission is free to the public.

A wealth of defensive experience returns for the Tigers with the return of fifth-year seniors Shannon Cooke and Lindsi Jennings, as well as seniors Maya Gordon and Rammie Noel.

LSU is captained by the defensive duo of fifth-year seniors Cooke and Jennings as they prepare for their final season in collegiate soccer.

Cooke has been a mainstay in the LSU squad since arriving on campus in 2018 and enters the season with 73 appearances for the Tigers, including 65 starts during that time.

Jennings enters her second season in Purple & Gold after spending the first three years of her collegiate career at Northern Colorado. In her first year as a Tiger in 2021, she appeared in all 20 matches and started in 12 of those.

Cooke, Jennings, Gordon, and Noel were four out of nine outfield players to register over 1,000 minutes across last season and will look to lead this year’s team from the backline.

Goalkeeper Mollee Swift returns for her third season between the posts in Purple & Gold. The senior started in all 20 games for the Tigers and finished the year with eight shutouts and a Goals Allowed Average of 1.25 per 90 minutes. Her 81 saves on the year ranked her 3rd in the SEC.

The 2022 roster features 32 athletes from across five different countries (United States, England, Ghana, Iceland, and Sweden). The program welcomed 11 newcomers to the squad.

The first 500 fans will receive a free LSU soccer koozie. Hot dogs are only two dollars at every home match.

Thursday night’s match will be the seventh match between the two programs, with the Tigers boasting a 4-1-1 advantage in the series. It’s the first regular season matchup since 2014, where the two teams played to a 0-0 tie in Baton Rouge.

LSU owns a record of 17-10 in the 27 previous season’s first games. Specifically, the Tigers boast a home record of 13-3-0 in season openers.

The program continues to build under head coach Sian Hudson, who enters her third season at LSU. In 2021, the Tigers hit new highs under Hudson that included the highest national ranking in program history (No. 5), highest ranked win in program history (4-2 victory vs. No. 4 Arkansas on Oct. 28), and the highest single game attendance at the LSU Soccer Stadium (3,021 at LSU vs. Mississippi State).

The Tigers finished the season 11-8-1 and earned the program’s seventh berth in the NCAA Tournament, where they were defeated by a score of 3-0 at Memphis in the first round.