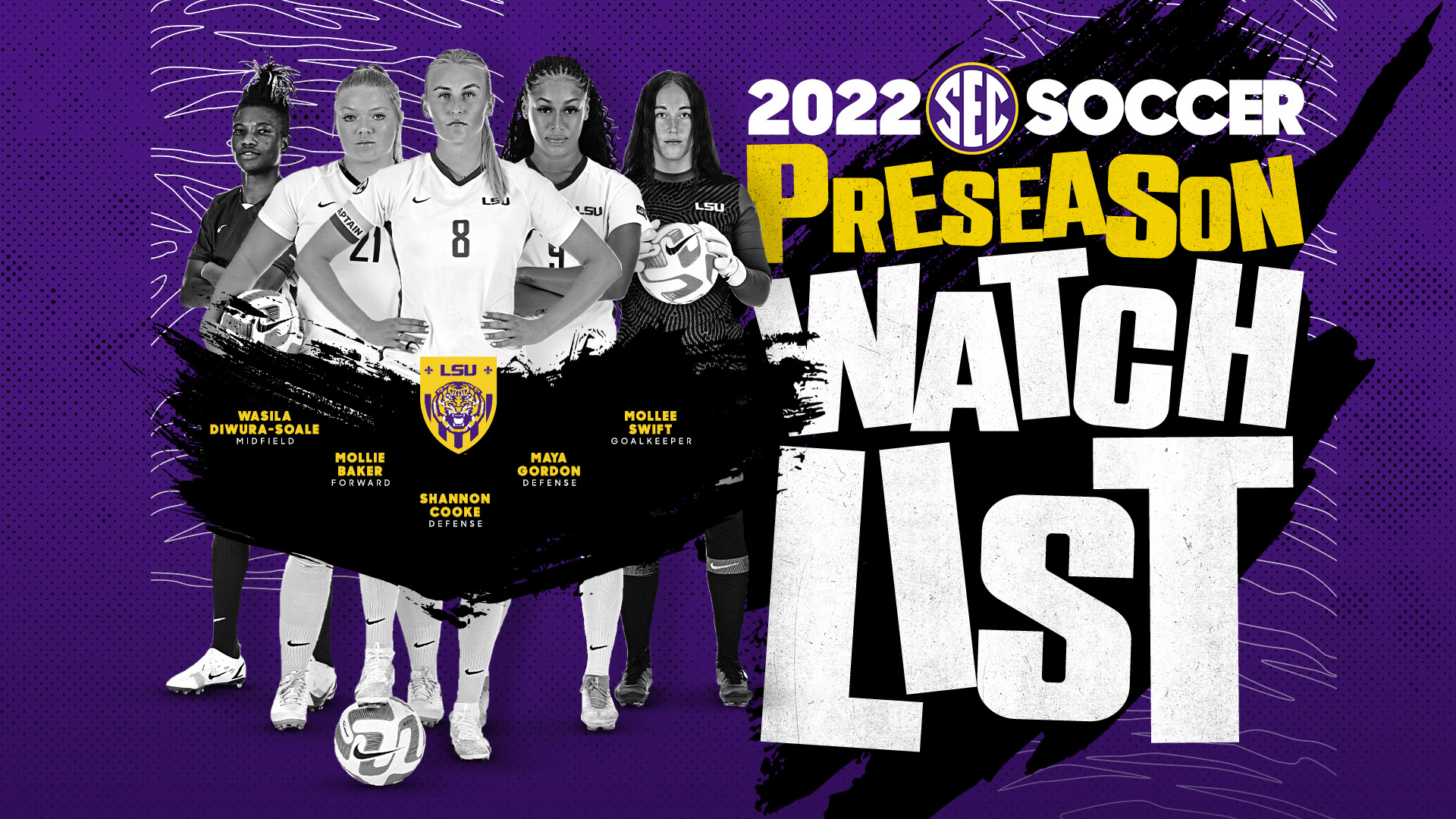 Baton Rouge, La – Five members of the LSU soccer program have been named to the 2022 SEC Soccer Preseason Watch List, the league office announced on Wednesday morning. Mollie Baker, Shannon Cooke, Wasila Diwura-Soale, Maya Gordon, and Mollee Swift represent the purple and gold amongst the top players in the conference.

Cooke, a fifth-year senior from Rickmansworth, England, returns for her final season with the Tigers. The two-time team captain is a key component to the defense as she served as the starting center back for 18 out of 20 games last season and finished the season with three goals, one assist, and seven points.

Swift, a native of Papillion, Nebraska, started in all 20 games for the Tigers. She recorded 81 saves last season, including a game high of nine saves in LSU’s 2-1 win over Georgia in the first round of the SEC Tournament. She finished the season with a GAA of 1.25 and a record of 11-8-1.

Gordon, a vital piece to the defensive unit, started in 19 games on the backline for the Tigers. The senior from Fort Lauderdale, Florida, played a role in a defense that only allowed a GAA of 1.23. She was also an important piece in all eight of LSU’s shutouts on the season.

Cooke, Swift, and Gordon are veteran players who provide a wealth of defensive experience to the lineup.

Diwura-Soale, a graduate student from Accra, Ghana, returns to the midfield where she played in 19 of 20 matches for the Tigers last season. She earned the start in 16 of those matches and finished the season with one goal, one assist, and 1,178 minutes played.

Baker, a forward transfer from North Carolina, will play her first season with the Tigers in 2022. The Arizona native played in 14 matches over two seasons for the Tarheels and registered her first career collegiate assist on October 24, 2021, versus Notre Dame.

The SEC preseason poll, voted on by the head coaches of all 14 teams in the league, slated LSU to finish tenth in the league. Tennessee is the favorite to win the conference title.

LSU will host its first home regular season match of the year on Thursday night at 6 p.m. CT against Stephen F. Austin. Admission is free to the public.

View the full 2022 schedule at lsusports.net.