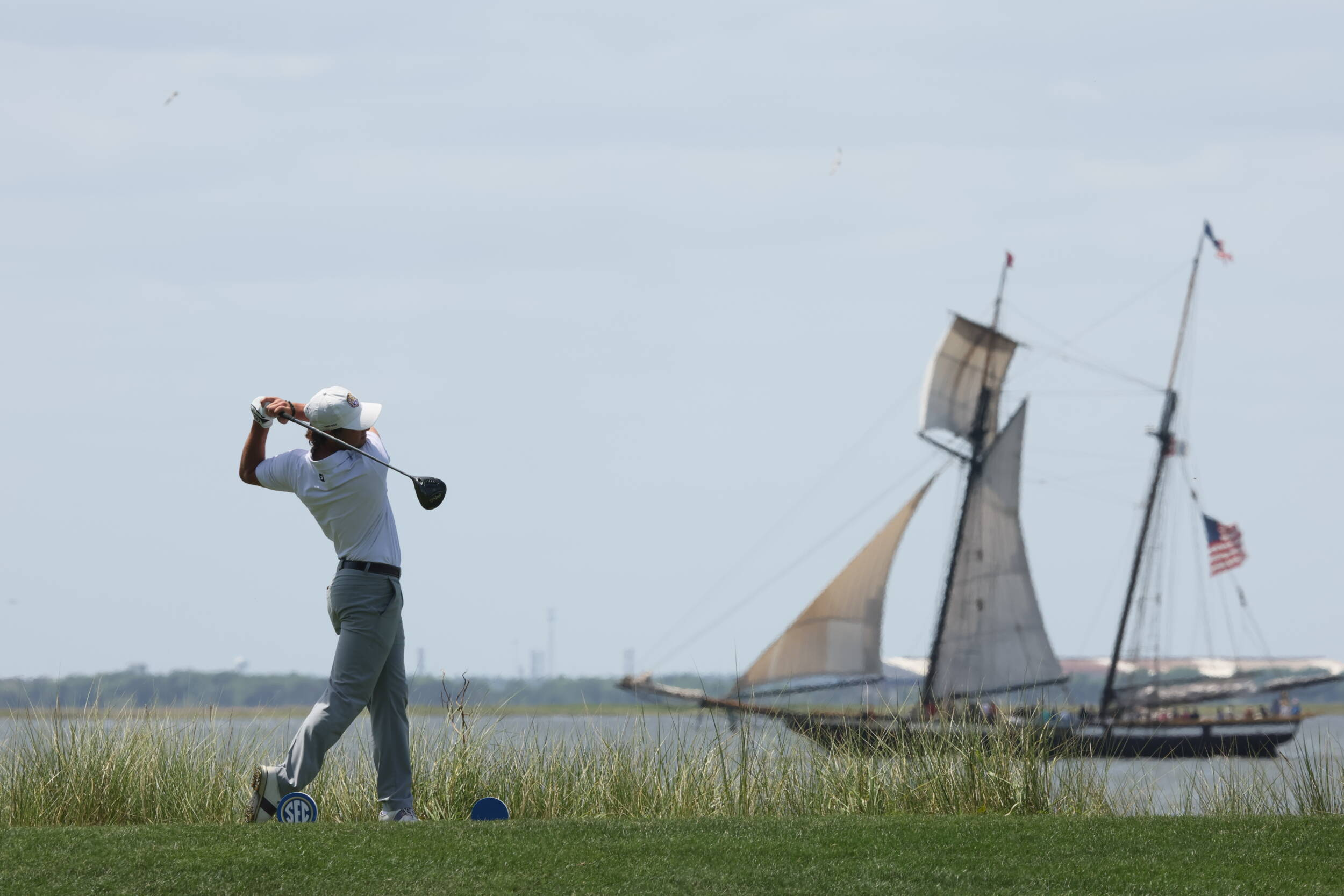 BATON ROUGE – A back and forth match in which pars were winning scores was decided late when LSU rising sophomore Cohen Trolio fell in his opening round of 64 match in the United States Amateur at the Ridgewood Country Club in Paramus, New Jersey.

Trolio lost the final three holes to drop a 3&1 decision to Nicholas Gross of Downingtown, Pennsylvania.

The match was a back-and-fourth affair as Trolio went 1UP in the match three times only to have Gross come right back and tie the match on the next hole. Twice on the fifth and ninth holes, the West Point, Mississippi product easily won holes with a par four while his opponent was posting a double bogey.

Only four of the 17 holes played were halved with a result on each of the other 13 holes.

The match turned beginning on the 12th hole when Trolio went bogey-par while Gross went par-birdie to give Gross a 1UP lead.

But a par four on the 14th hole gave Trolio a chance to even the match. A three-putt on 15 put Trolio on down on the par 3 hole and then a conceded par putt put the match at 2up and Trolio could not make up any ground on 17 to end the match.

Trolio had a spectacular qualifying performance, playing 36 holes over two different courses at even par 141 with even par rounds on both layouts. In a field of 312 of the best amateurs in the world, Trolio easily advanced to match play, finishing T9 in the qualifying standings.

The LSU men’s golf team is gathering back in Baton Rouge and will open the 2022-23 season in South Bend, Indiana on Sept. 4-5.