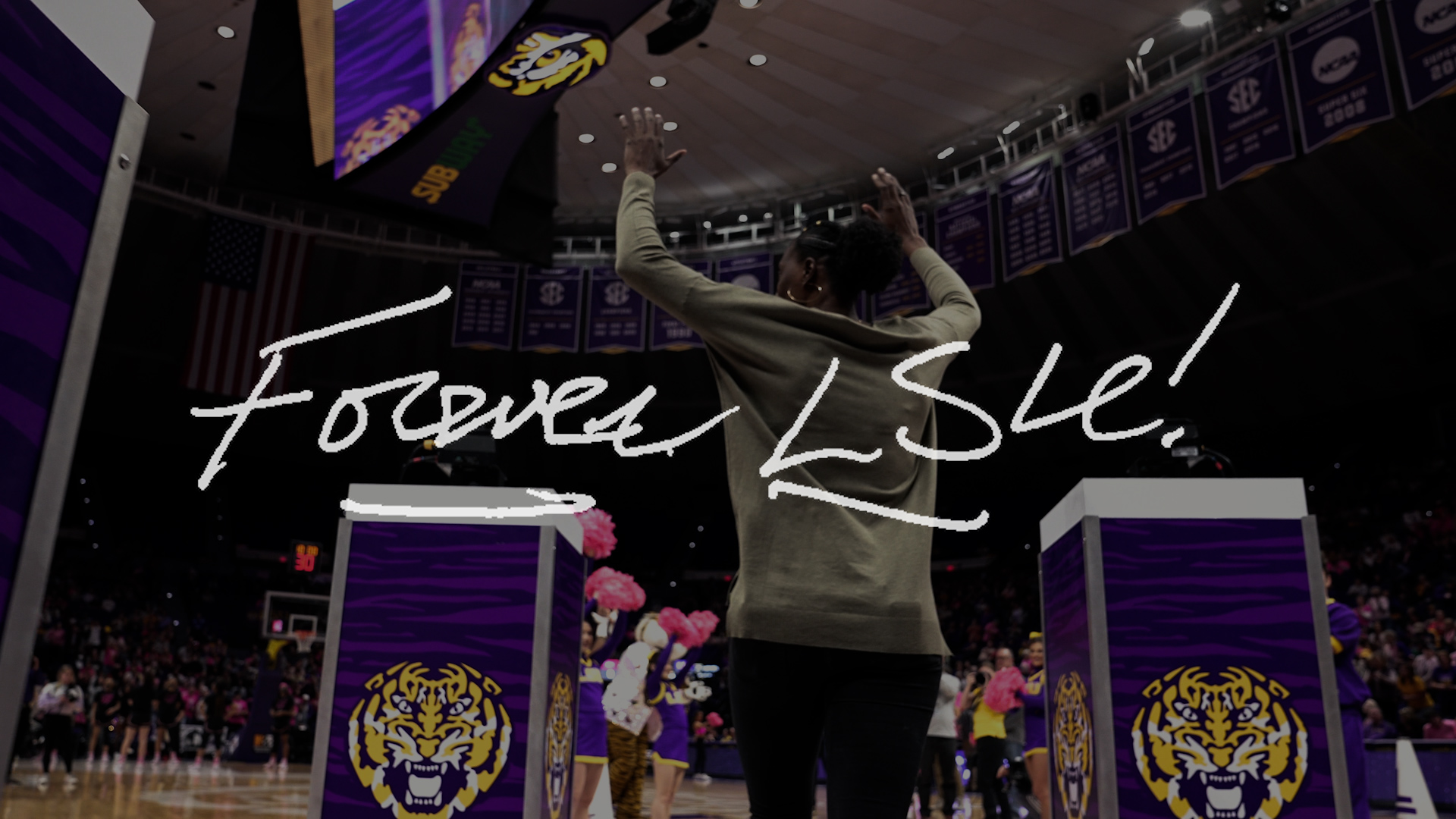 As we count down the final days of your illustrious professional career, I can’t help but be reminded that it was about 18 years ago that you first stepped foot on the LSU campus.  Even as a freshman we all knew you were special.  You came to work each day with a smile, full of enthusiasm and with a thirst to learn.  Your four years at LSU were highlighted by unprecedented levels of success.  In fact, during your four-year career, the Lady Tigers went to four Final Fours and won three SEC championships highlighted by an upset in the regional finals against UConn where your domination gained you the Regional MVP.  All-Conference and All-American awards each year as well. The LSU record books are covered with your name – yet this was only the beginning.

Your professional career has been filled with championships, both on the international level as well as in the WNBA where you’ve won two world championships. There have been numerous MVP awards — in the regular season and in the playoffs.  Countless all-star game appearances.  And my favorite – four-time Defensive Player of the Year.

You’ve represented our nation at the highest level, leading the United States to four gold medals.  With your career not even over, you’ve been named one of the 25 greatest players in the WNBA.

You will be without question, a first-ballot Hall of Famer.

Still the thing that I hold dear to my heart, as do all Lady Tiger fans, is not what you’ve done, but how you’ve done it.  For all your greatness on the floor, you are revered by how you handled yourself off the floor – with great humility – as someone who always cared about others.  You see Syl, as great a player as you are, you are an even better teammate, an even better person.  It was the privilege of a lifetime to coach you and on behalf of the entire LSU community we congratulate you on an amazing career with great wishes for the next part of your journey.