Bugg, the 83rd Major Leaguer in the illustrious history of LSU Baseball, was the 27th-round selection of the Marlins in the 2016 MLB Draft. 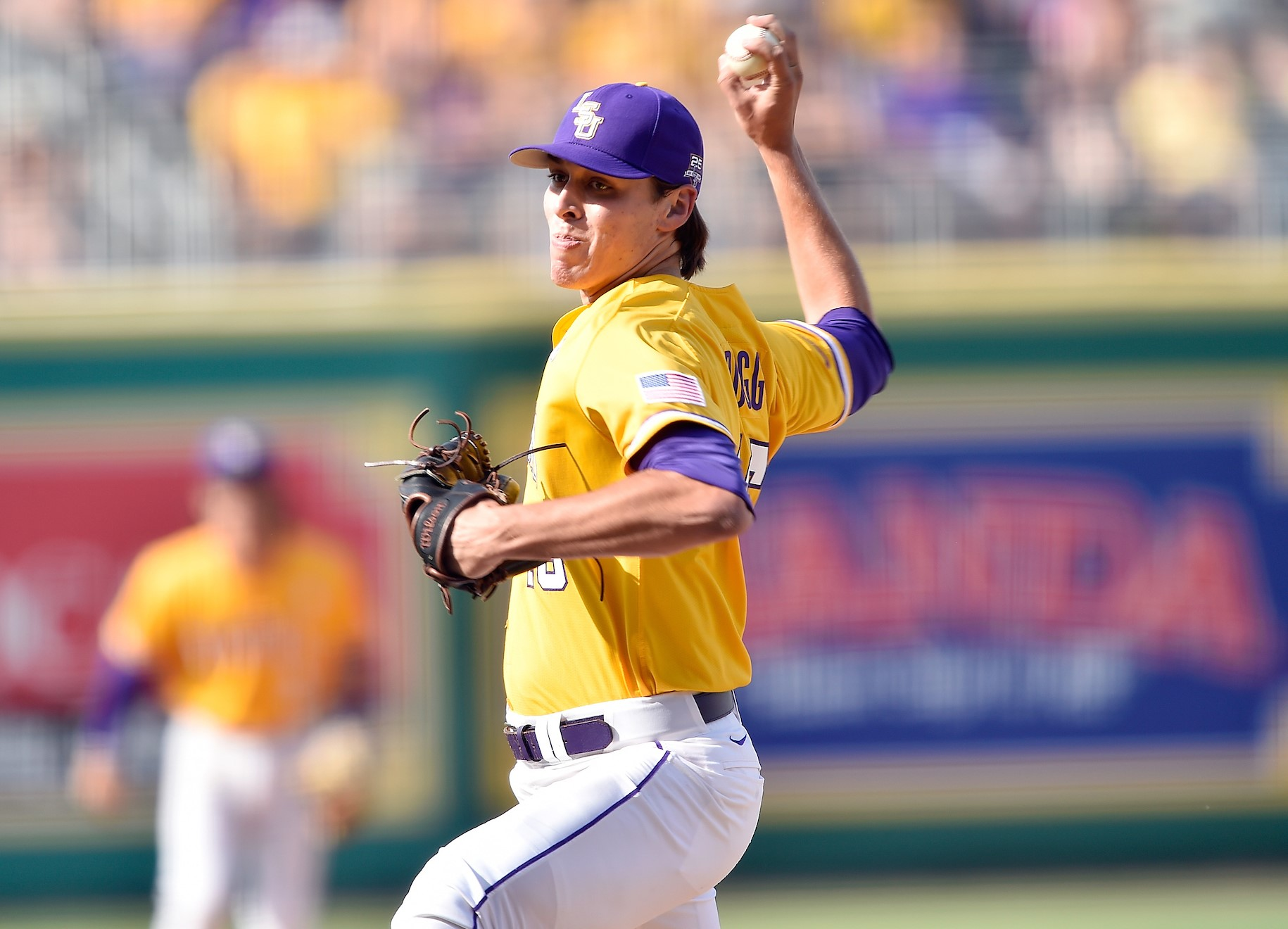 BATON ROUGE, La. – Former LSU pitcher Parker Bugg has been promoted to the Miami Marlins active roster, and he will join the club at LoanDepot Park in Miami. The Marlins open a three-game home series against the San Diego Padres on Monday night.

Bugg posted a 1.88 ERA in 17 games this season (two starts) for the Triple-A Jacksonville Jumbo Shrimp prior to receiving the major league promotion.

Bugg is the 83rd Major Leaguer in the illustrious history of LSU Baseball. He was the 27th-round selection of the Marlins in the 2016 MLB Draft, signing with the club after an excellent LSU career as one of the Tigers’ top relievers.

Bugg, a San Diego, Calif., native, pitched at LSU from 2014-16, helping lead the 2015 Tigers to the SEC title and a berth in the College World Series. He made 80 appearances (one start) on the mound during his three-season LSU career, posting a 2.64 ERA and nine saves in 112.1 innings. Bugg recorded 34 walks and 100 strikeouts and limited opponents to .200 batting average as one of the Tigers’ most effective relief pitchers.

He is the 25th LSU player coached by former head coach Paul Mainieri (2007-21) to reach the big leagues. LSU has had at least one former player make his MLB debut in 29 of the past 32 seasons.