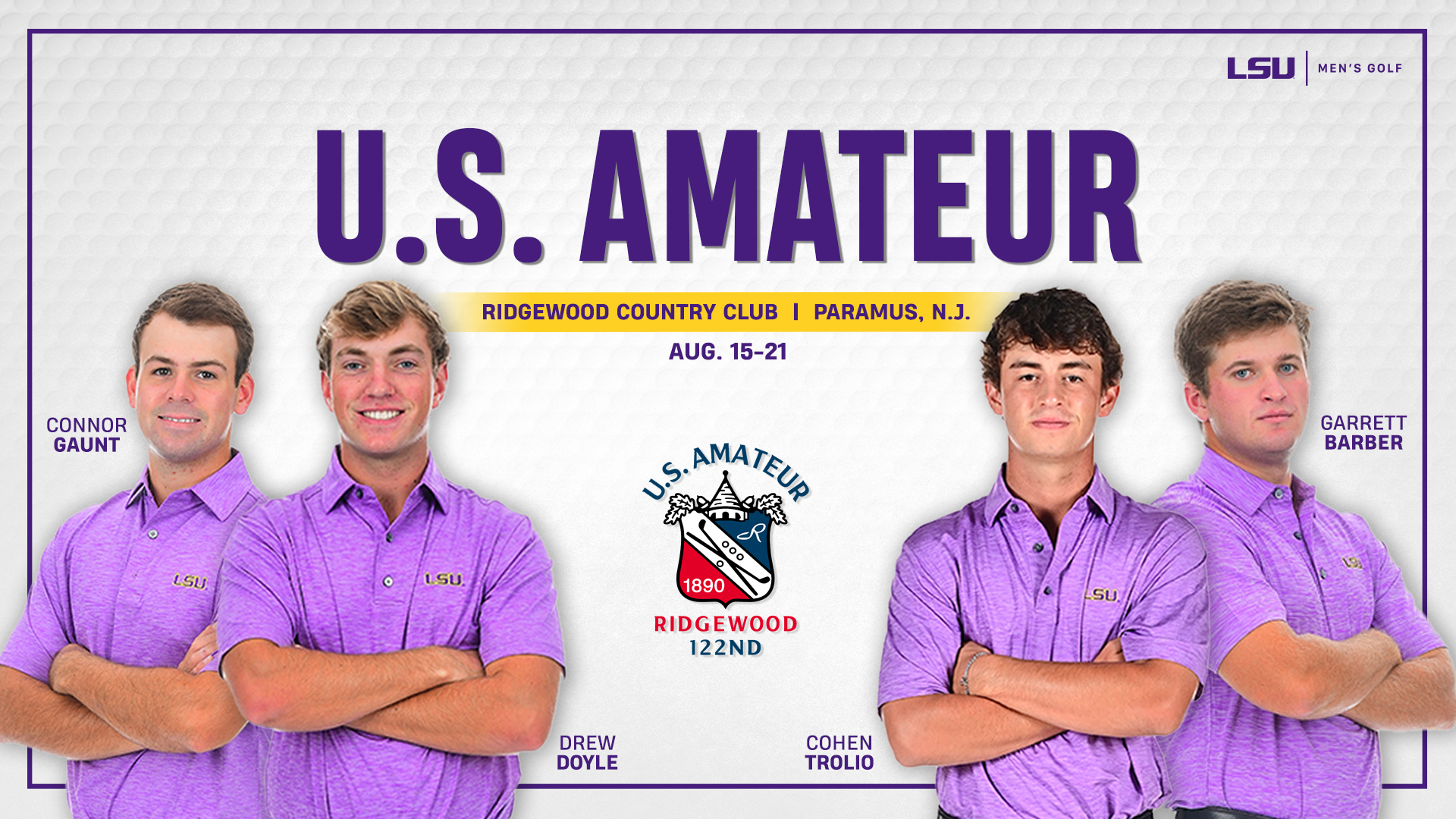 BATON ROUGE – Four LSU golfers are part of a field of 312 that will begin the 36-hole qualifying rounds Monday at the United States Amateur in Paramus, New Jersey.

For LSU graduate student Garrett Barber, he will be making his fifth appearance in the United States amateur. Barber qualified with a second-place finish in the qualifying at Howey-in-the-Hills, Florida. The native of Stuart, Florida, is the three-time Louisiana Player of the Year and coming off a season in which he averaged 71.15 with four top-five finishes on the season.

His 2021-22 average marked the third straight year he has averaged 71.45 or under. His career average of 71.83 is the third lowest stroke average in LSU men’s golf history.

The other three Tigers in the Amateur are Drew Doyle, Connor Gaunt and Cohen Trolio.

Doyle, from Louisville, Kentucky, qualified third in the regional qualifying at Columbus, Ohio.

Doyle averaged 72.33 this past year, posting a T1 finish in The Hayt with a 6-under 210 (72-72-66). He posted two other top five finishes T5 in both the SEC Championship Stroke Play and the NCAA Stockton Regional

Gaunt was third in the Maumelle, Arkansas qualifying event and the Cabot, Arkansas native captured the Arkansas State Amateur earlier in the summer.

The senior averaged 73.13 for the Tigers in his junior season.

Trolio is coming off a strong performance in the Western Am, finishing T15 and losing in a playoff to advance to the final 16 match play in that event. Trolio, from West Point, Mississippi, finished third at the qualifying in Oxford, Mississippi.

Trolio was on the SEC All-Freshman team in 2022 and finished T3 in the stroke play competition in the Southeastern Conference championships. He finished the year averaging 71.30 strokes per round.

The top 64 after one round on each of the courses Monday and Tuesday will advance to match play beginning on Wednesday. The match play portions of the tournament will be broadcast on Peacock and The Golf Channel, Wednesday through Sunday.