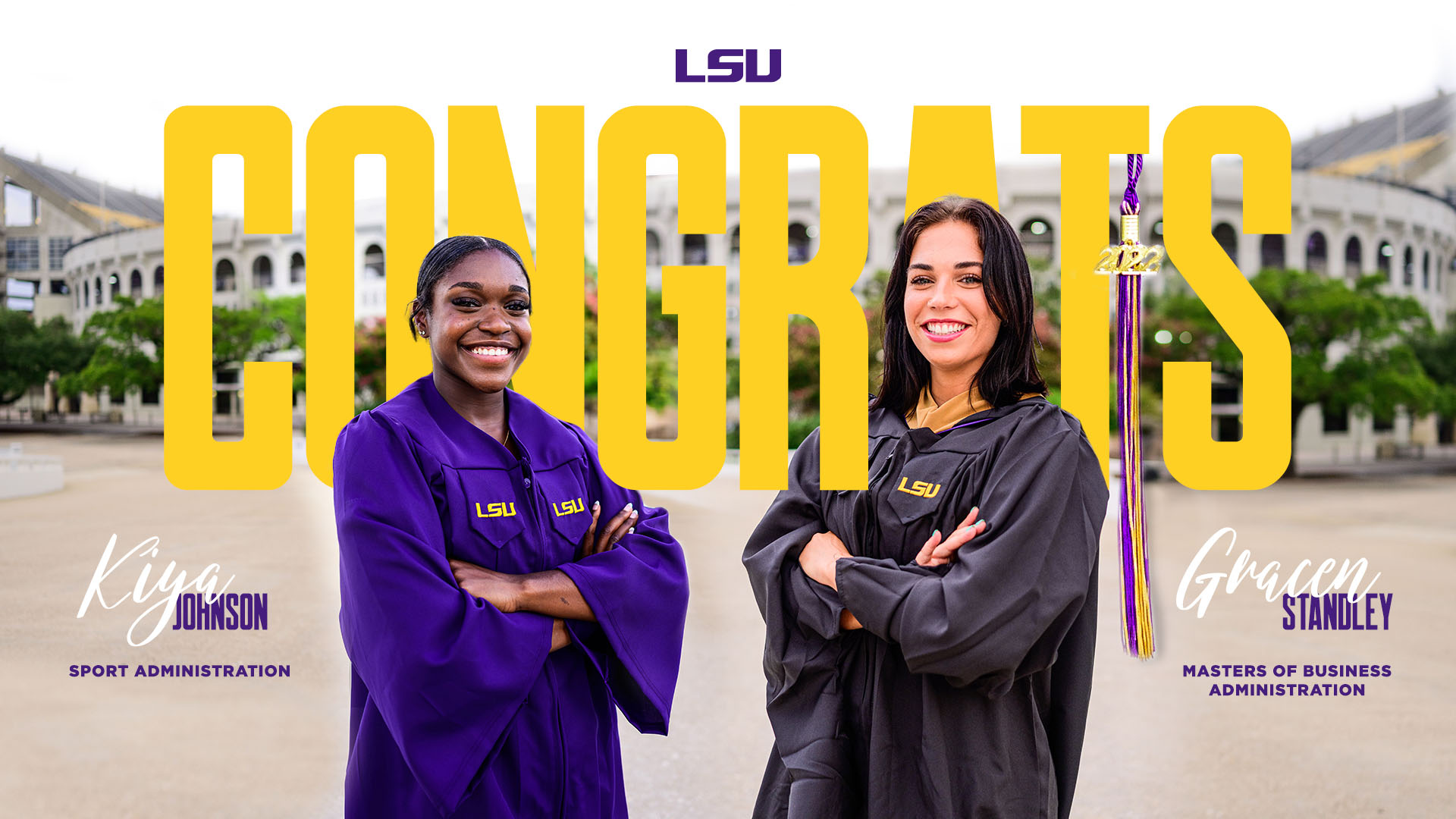 Johnson completed her undergraduate degree in sport administration and will return to compete for the Tigers in 2023. In her last year of competition, she will be pursuing her master’s in mass communication.

The rising senior and eight-time All-American earned multiple honors from the Women’s Collegiate Gymnastics Association (WCGA) in 2022 for her performances in the gym and in the classroom.

Johnson was named a WCGA All-American on vault after her individual performance at the NCAA Semifinal II Championship, where she scored a 9.9125 to finish sixth overall between the two semifinals and third overall in semifinal II to earn first-team honors. She also earned Scholastic All-American honors for averaging a GPA of 3.5 or better.

Standley, a manager for the team over the last five years, earned her Master’s of Business Administration degree. Post graduation, she will continue to work in gymnastics as a coach for Cincinnati Gymnastics Academy while also pursuing cosmetology school.