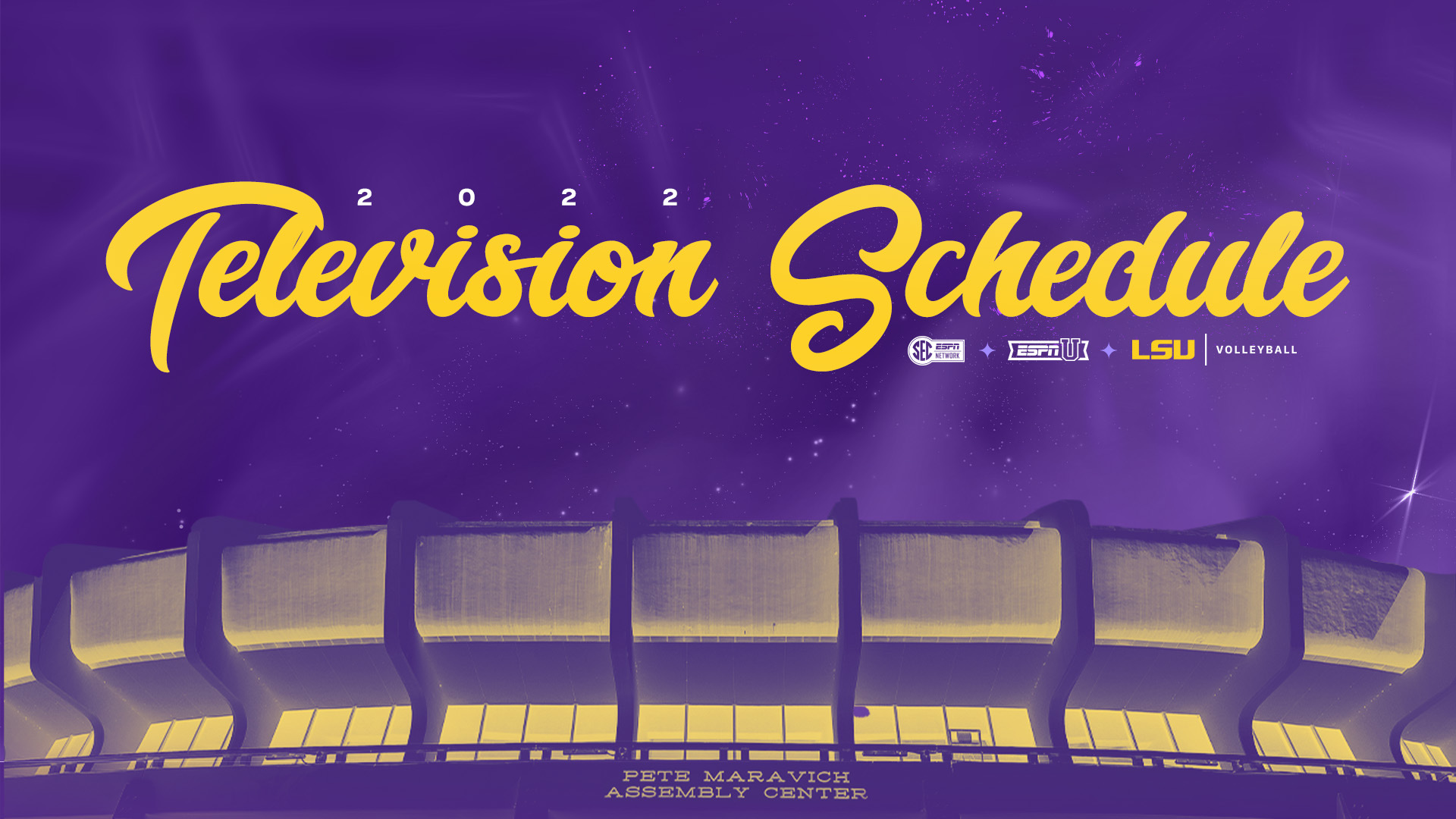 BIRMINGHAM, Ala. – The LSU volleyball team is set to be televised six times during the 2022 season announced by the SEC.

Five of the Tigers televised matches will be on SEC Network and one match on ESPNU.

LSU’s first TV game will be on Sunday, Sept. 25 at Kentucky on SEC Network. The Tigers next two tv games will be from the PMAC on Friday, Sept. 30 against Ole Miss, and Wednesday, Oct. 5 versus Auburn. Both matches will be aired on SEC Network.

The Tigers lone tv match on ESPNU will come on Wednesday, Oct. 19 at Alabama before returning to the SEC Network when they host South Carolina on Sunday, Oct. 23. The final televised game on the schedule for LSU is Sunday, Nov. 6 at Tennessee on SEC Network.