Tyler McManus received a master’s degree in kinesiology, and Drew Bianco was awarded a bachelor’s degree in interdisciplinary studies. 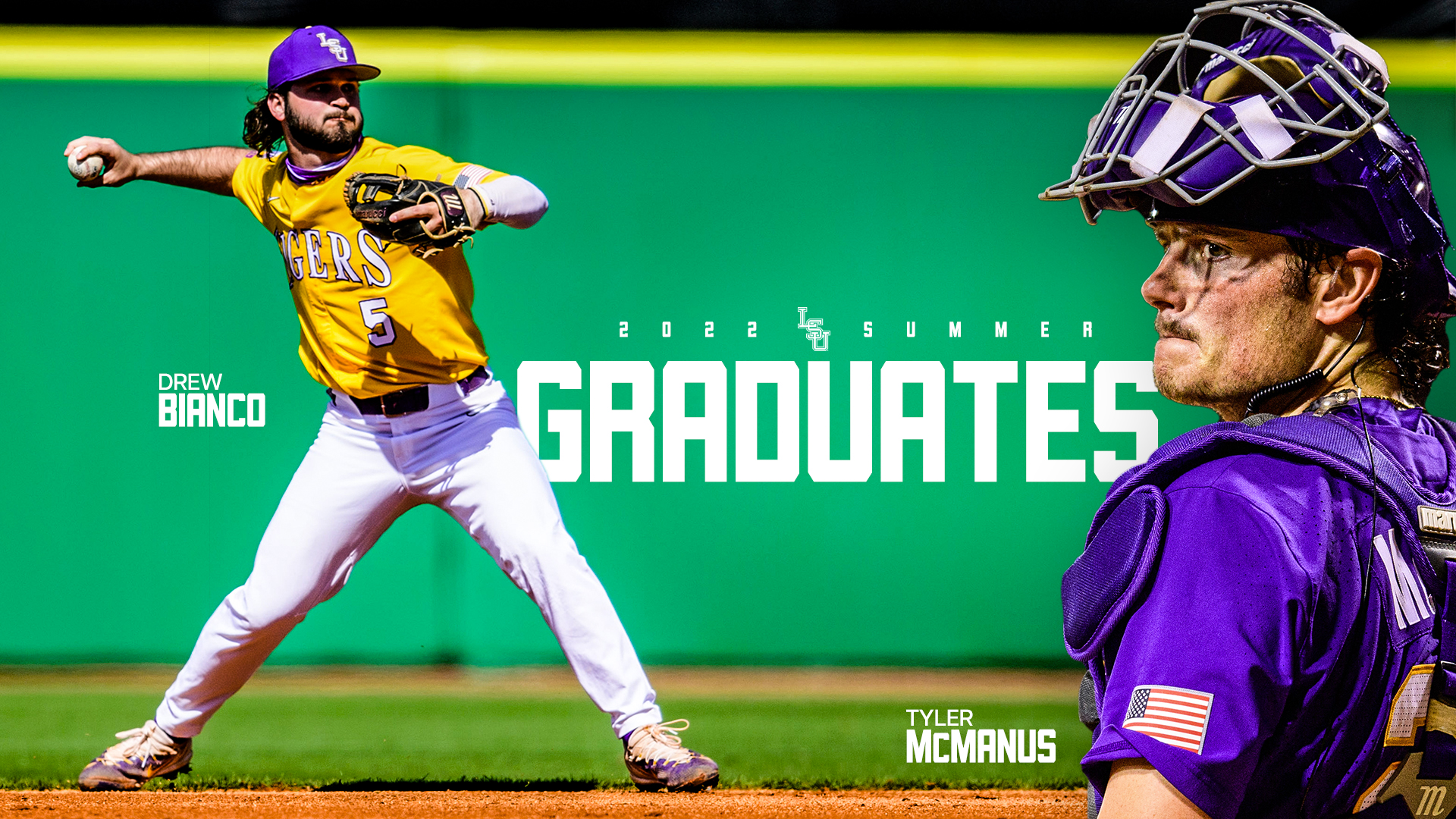 McManus received a master’s degree in kinesiology, and Bianco was awarded a bachelor’s degree in interdisciplinary studies.

Academic achievement has been a cornerstone of the LSU baseball program, as 108 student-athletes have earned degrees over the past 16 years. In addition, LSU players have received SEC Academic Honor Roll recognition on 163 occasions since 2007.

McManus joined the LSU program last fall as a graduate transfer after enjoying productive careers at Delgado Community College and Samford University. The native of Slidell, La., started 40 games for the Tigers in 2022, batting .283 with six doubles, four triples, 10 homers, 32 RBI and 33 runs, and he was named to the SEC First-Year Academic Honor Roll.

McManus, who finished second in the SEC in triples, hit nine of his 10 home runs in SEC regular-season games, and he blasted his final dinger of the year versus Southern Miss in the NCAA Hattiesburg Regional, where he was voted to the All-Tournament team.

He homered three times in the Alabama series (May 6-8), including two dingers in Game 3 that helped LSU clinch the series, and he launched homers in back-to-back games on March 18-19 vs. Texas A&M.

Bianco, a product of Oxford, Miss., and the son of former LSU catcher and current Ole Miss coach Mike Bianco, played in four seasons for the Tigers (2019-22), appearing in 136 games with 65 starts. He played every position on the field during his LSU career, with the exception of pitcher.

He played a vital role in LSU’s drive to the 2021 NCAA Eugene Regional title, producing two doubles, one homer, four RBI and three runs scored in the tournament. Bianco blasted a two-run homer in sixth inning of the regional championship win over Oregon, giving LSU a 6-5 lead in the eventual 9-8 victory.