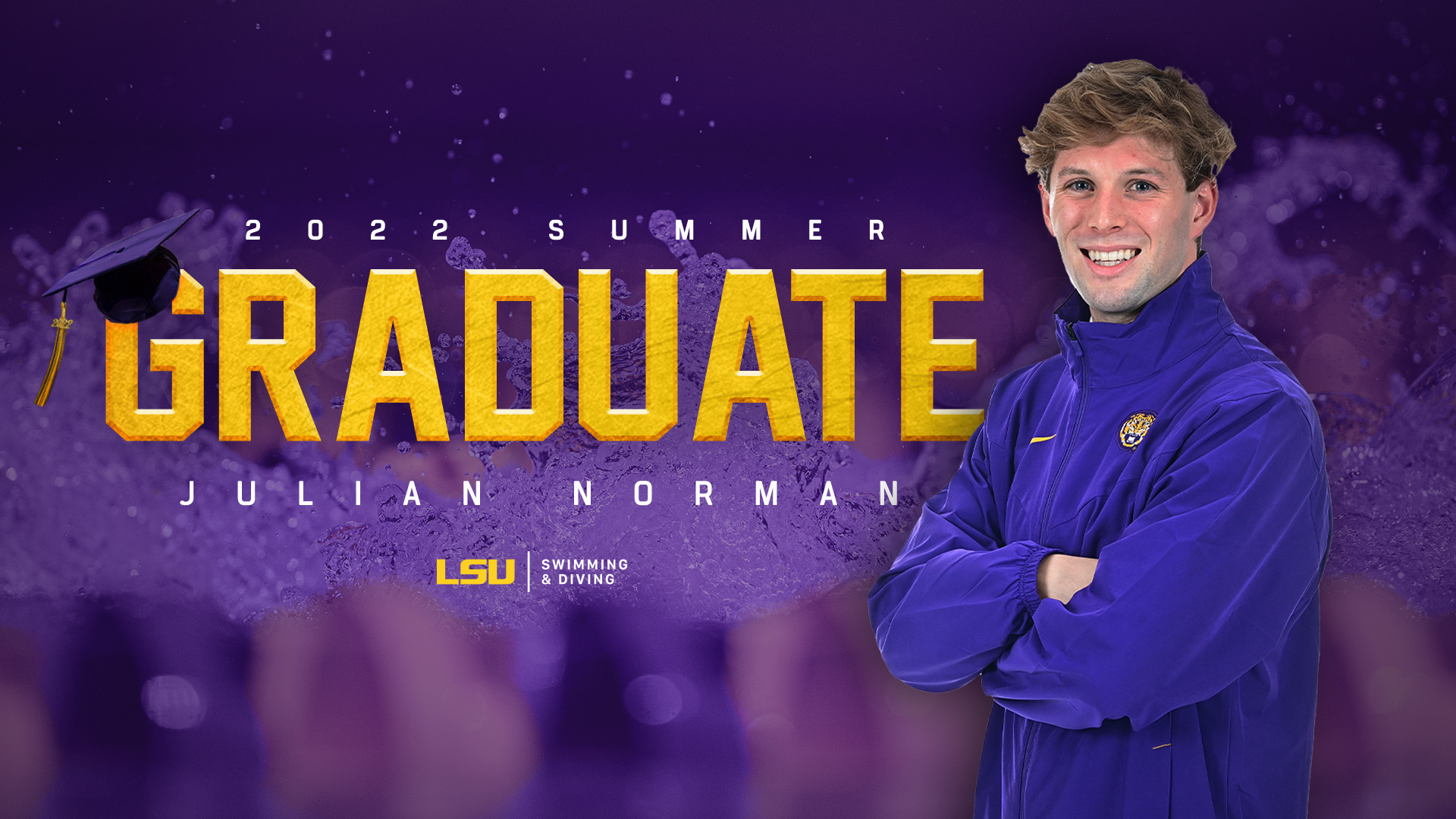 BATON ROUGE, La. – Julian Norman, who has been a steady contributor to the LSU Swimming and Diving program, walked across the stage inside the Pete Maravich Assembly Center Friday morning to receive his undergraduate degree in biology.

Norman, a native of Newark, Del., became an all-purpose swimmer under first-year head coach Rick Bishop. During his final season in Baton Rouge, he competed in six different events. Graduating as a true junior, Norman faced many opportunities, setting five personal bests throughout the year.

In his final season as a Tiger, Norman opened the year with a second-place finish in the 1000-yard freestyle against Grand Canyon. Norman clocked a time to 9:35.35, which set his personal best for the event. Alongside his personal best to start the season, Norman bested his previous time in the 100-fly, 200-fly, 400-IM and 1650-free.

Norman plans to use his remaining years of eligibility at the University of Omaha in pursuit of his master’s degree.