The story of how Skip Bertman built the LSU baseball program from scratch to a dynasty with five national championships from 1991-2000 has arrived. 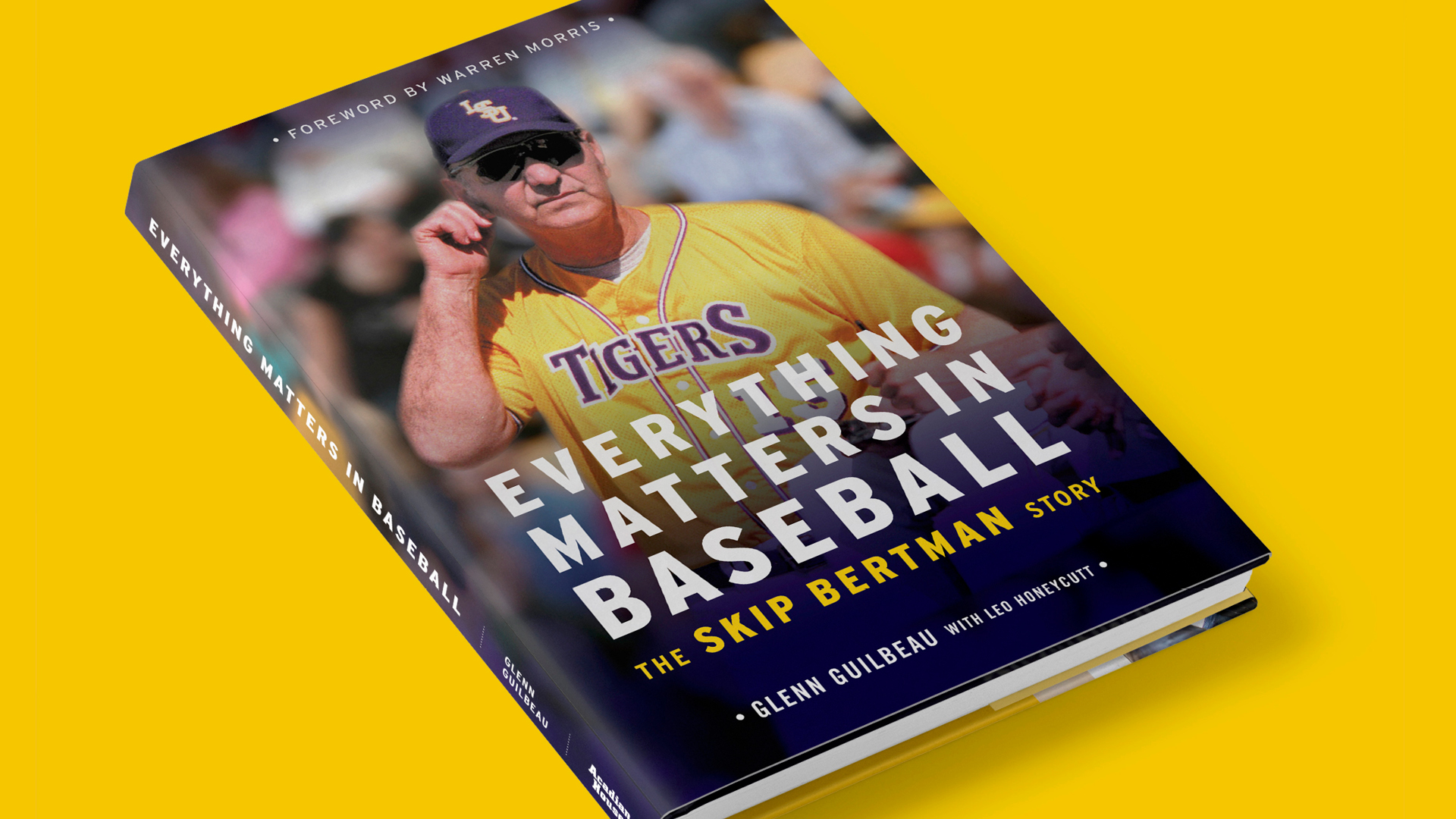 BATON ROUGE, La. — The story of how Skip Bertman built the LSU baseball program from scratch to a dynasty with five national championships from 1991-2000 has arrived.

Find out how Bertman did it in the much-anticipated “Everything Matters in Baseball – The Skip Bertman Story,” a new Acadian House Publishing book. Author Glenn Guilbeau, a national columnist at OutKick.com/FOX News, interviewed nearly 200 people close to Bertman, delving into every detail of Bertman’s mastery.

The book may be purchased at this link: Everything Matters in Baseball

In the summer of 1983, Bertman took over a program that had reached the NCAA postseason once, and he took LSU 16 times with 11 trips to the College World Series, turning the quiet bird nest of LSU’s Alex Box Stadium into the cauldron cathedral of college baseball.

“There was not a better coach to learn under,” Ole Miss coach Mike Bianco, who played and coached under Bertman, said days before winning the 2022 national title. “I learned the foundation from him. So much of what we do is Skip Bertman. He made it look easy. It’s not easy.”

“Skip has elephant brain. You couldn’t get anything past him,” said Rich Cordani, a star on LSU’s first national title team. “He would always be ahead mentally, situationally. He was our Dad, and we were his sons. He was it.”

But Bertman was much more. Upon retiring from coaching in 2001, he became one of LSU’s most innovative athletic directors, and he hired four coaches who each won a national championship.

Relive Bertman’s early days in Miami as he became a legend as Miami Beach High’s coach and as the University of Miami’s associate head coach before putting wife Sandy and four daughters in a wood-panel station wagon for the trek to LSU.

“Everything Matters in Baseball – The Skip Bertman Story” is the ultimate how-he-did-it sports book for all LSU fans, all baseball fans and all coaches everywhere.

The book includes a foreword by LSU All-American Warren Morris, whose legendary walk-off homer versus Miami lifted the Tigers to the 1996 College World Series title.

Guilbeau covered Bertman’s first season at LSU in 1984 for Tiger Rag Magazine in his first year as a sportswriter. He then covered Bertman’s teams from 1989-93 for the Alexandria Town Talk and from 1998-2001 for the Baton Rouge Advocate. Those spans covered three of Bertman’s national championship seasons and his final year.

Guilbeau also covered Bertman’s athletic director years from 2001-04 at The Advocate and from 2004-09 at USA TODAY Louisiana.