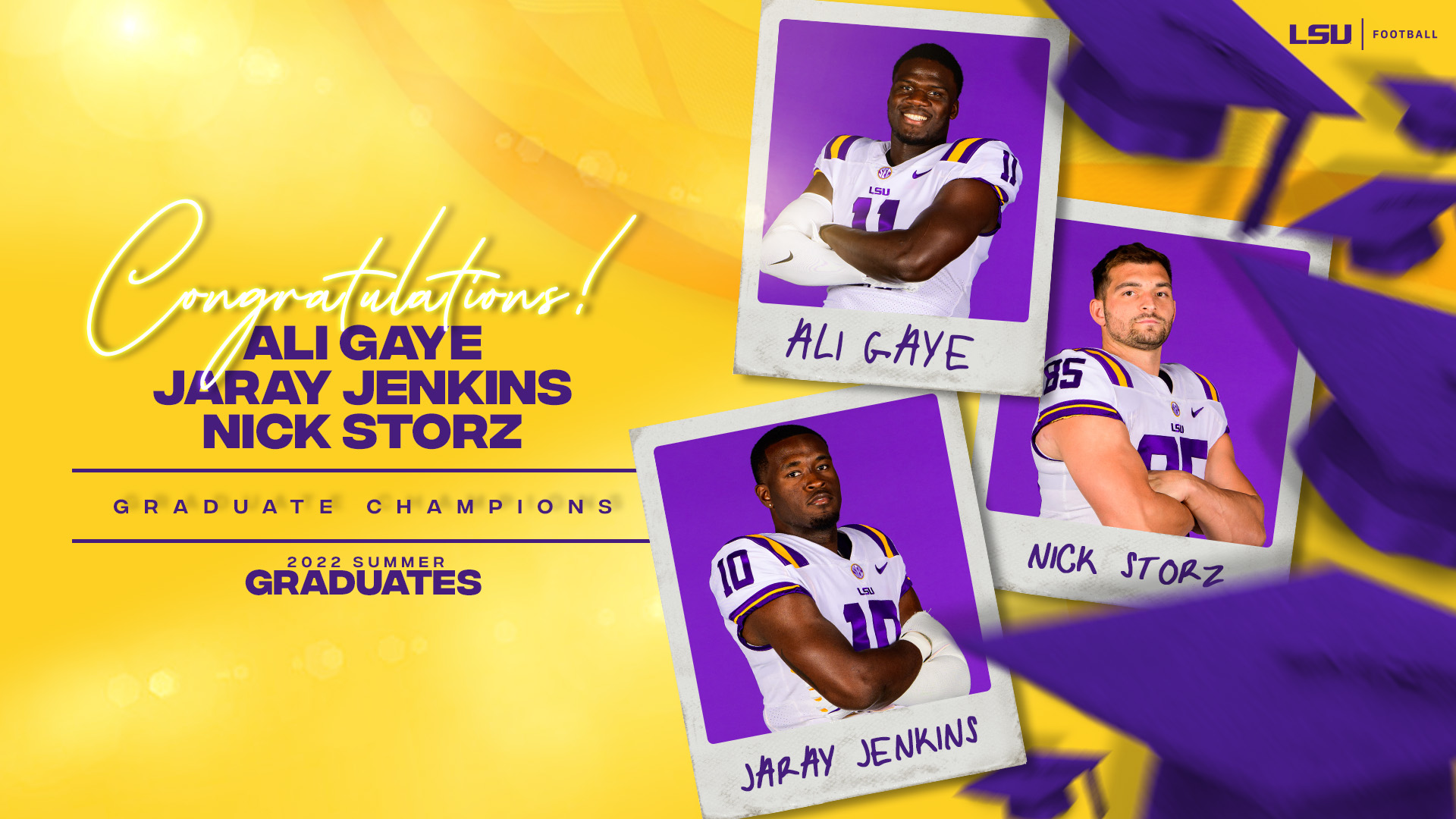 BATON ROUGE – Three members of the LSU football team – Ali Gaye, Jaray Jenkins and Nick Storz – earned their college degree, two graduating with a Bachelor’s degree and the other with a Master’s degree, here Friday.

Gaye, a senior defensive end, along with Jenkins, a senior wide receiver, both graduated with degrees in interdisciplinary studies. Gaye, a second team All-SEC selection in 2020, is a two-year starter for the Tigers, racking up 51 tackles, 12 tackles for loss and 4.5 sacks during his career.

Storz, a senior tight end, earned his Master’s in Business Administration. Storz had previously graduated with a degree in finance. Storz originally came to LSU as a baseball player, but has since transitioned to football. Storz earned SEC Academic Honor Roll status in 2020 as a member of the LSU baseball team.

Storz, who was picked in the 31st round of the MLB Draft by the Detroit Tigers, has appeared in 10 games with one start as a member of the football team, all coming in 2020.