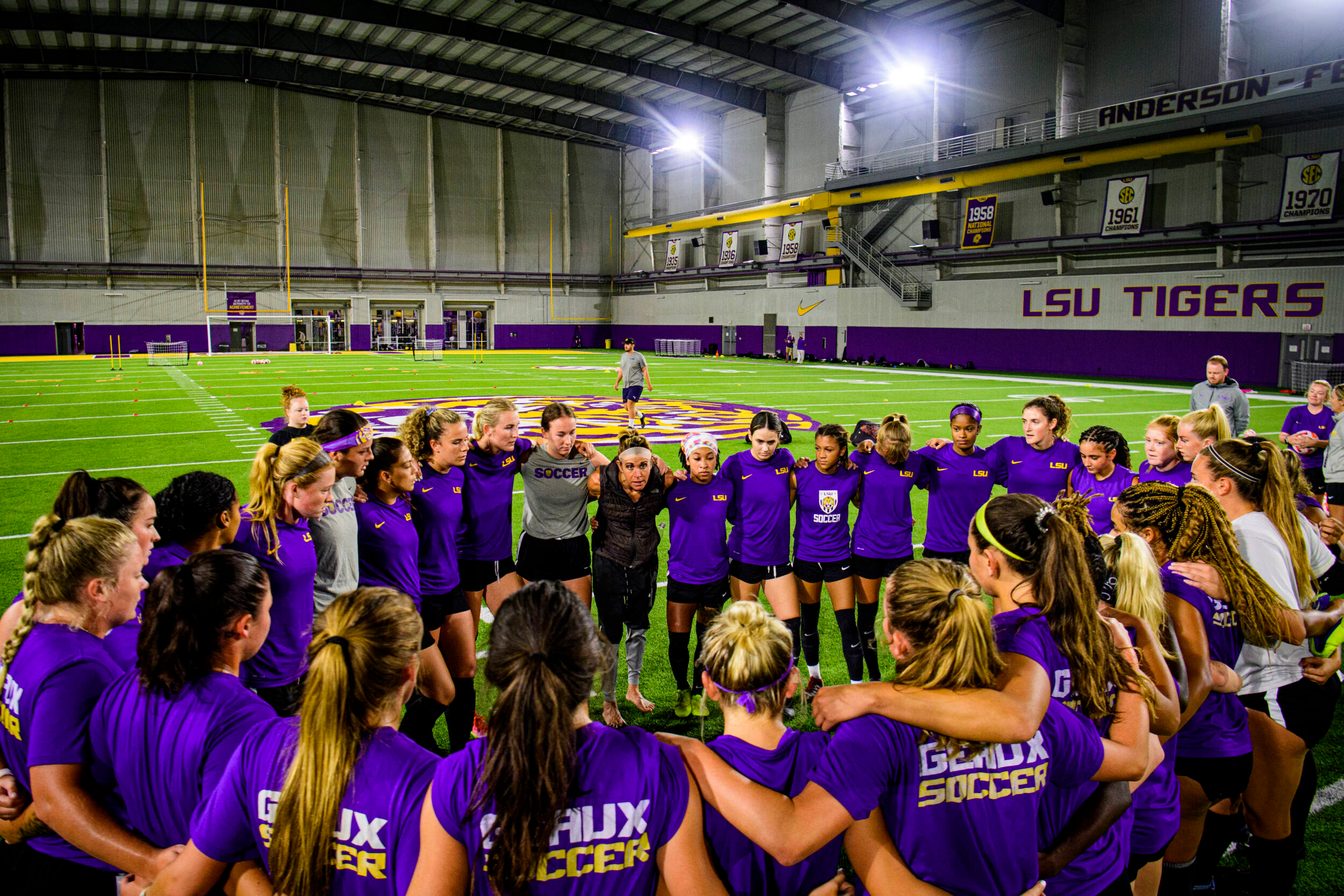 Waco, Texas – The LSU soccer team fell to the Baylor Bears by a score of 3-1 on Thursday night at the Betty Lou Mays Field. Baylor’s goals were scored by Kayley Ables in the 16th minute, Maddie Algya in the 21st, and Annika Fredell in the 41st while LSU’s came from forward Mollie Baker in the 86th minute.

Baylor was first on the board in the 16th minute as Ables placed the ball in the top right corner. The Bears rode momentum and doubled their lead only five minutes later as Algya sent a powerful shot on frame that beat LSU goalkeeper Mollee Swift to make it 2-0 on the night.  The lead was extended to 3-0 just before half-time in the 41st minute as Fredell converted on a rebound chance following a save from Swift.

The second half was an even contest that saw neither team able to take control of the game for a long period. LSU’s lone goal of the night came in the 86th minute following a phenomenal effort from Baker. Defender Jocelyn Ollivierre picked out a pass to Baker, who made a dummy run and let the ball go by her to enter a foot race with a Baylor defender. Baker beat the defender to the ball and sent a shot from 12 yards out that beat the goalkeeper and landed in the back of the net to make it 3-1.

Swift finished the night with four saves. As a team, the Tigers forced Baylor goalkeeper Maggie Burton to make four saves throughout the match.

Up Next
The Tigers will stay in the state of Texas and take on the Houston Cougars in the final exhibition of preseason at the Carl Lewis Soccer Complex at 1 p.m. CT on Sunday, August 14th.